The decision was slated for Tuesday but this just broke on Politico. Just fucking heartless. 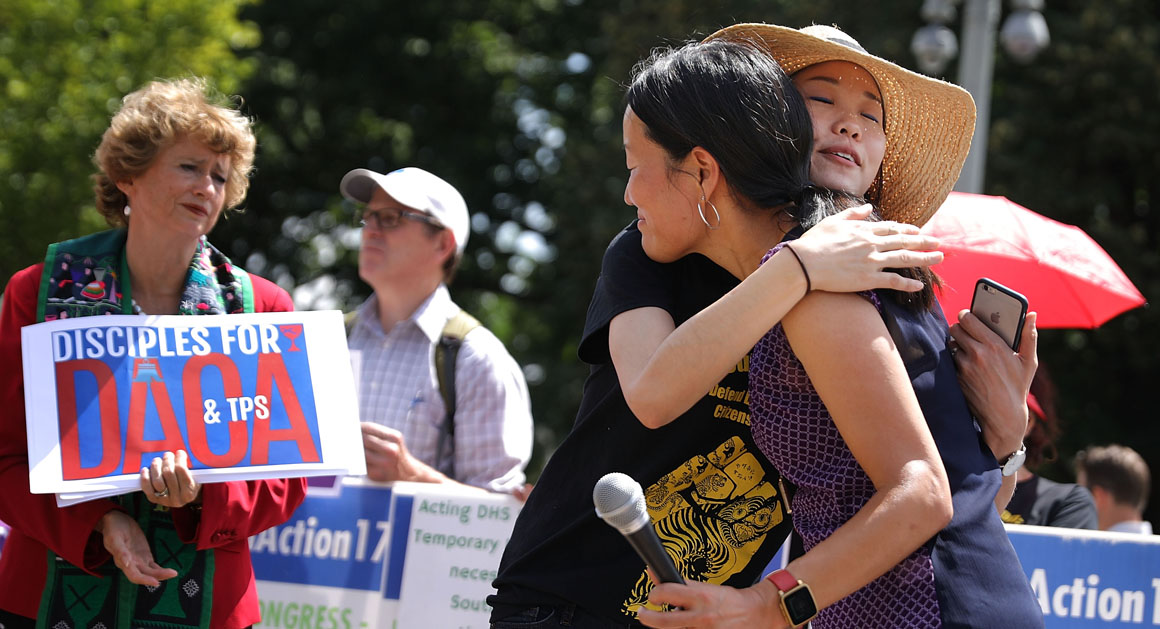 Trump has decided to end DACA, with 6-month delay

Senior White House aides met Sunday afternoon to discuss how to roll out the controversial move affecting hundreds of thousands of Dreamers.

It hasn’t been announced yet. The article says he’s going to, but it’s still talked about as an expected decision that won’t be official until Tuesday.

No one seems willing to talk like it’s set in stone, probably because, as this community knows better than anyone, a hell of a lot can happen in two days.

I changed the title of the thread to reflect the expectation that he will end the program by the September 5th deadline. My best guess is that he will announce it officially tomorrow or early Tuesday morning.

Yeah that was my only point. It’s still awful. I’m not entirely sure what the benefit is supposed to be.

There were some journalists on Twitter trying to make the argument that he doesn’t really want to end it, that he wants to force Congress to make the decision. Honestly, that’s just semantics. Trump just simply broadcasting he is going to end it, will destroy the trust and integrity of the whole program.

And I’m not trying to be an asshole with the delusional part, ppl are maybe still trying to (understandably, but still naively) convince themselves drumpf might not be as bad as he seems, that he’s playing a part or whatever, at least some of the time. No, he’s really that bad. (Said without rancor or any stabby-ness.)

There were some journalists on Twitter trying to make the argument that he doesn’t really want to end it, that he wants to force Congress to make the decision.

I saw that too, and at first I was like, oh interesting point. And then I came to my senses and was like ffffffuuuuuuuuuuck you you white supremicist fuck, this is not a strategy it’s what you really want, anyone crediting it otherwise is delusional.

It hasn’t been announced yet.

It’s all over Twitter…saying that it’s a for sure thing. No one is refuting it yet and it’s been out for nearly two hours. Thinking this one is a done deal.

…I feel a early morning “Presidental announcement” via tweet in the brewing.

These kinds of policies make my stomach churn. The only point to ending DACA is to spread fear and misery, it’s just cruel.