|It’s finally happened—an impeachment inquiry is underway. Since 2016 we’ve been living under the persistent storm clouds of the Trump presidency. It’s been a deluge of lies, corruption, and incompetence that didn’t seem like it would let up—until now. Last week the sun broke through, and we saw a rainbow. The tools of our government are being used exactly as intended—to hold those in power accountable, to give protection and voice to those that speak up when wrongs have been done, and to remind us all that this democracy is alive and well and it’s up to us to keep it that way.
-Alison 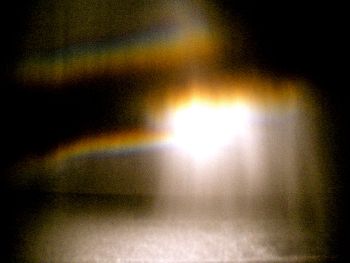 1. All but 12 Democrats in the House of Representatives now publicly support an impeachment inquiry. #KeepCallingYourCongresspeople

2. And support for an impeachment inquiry among Republicans is growing: Two Republican governors came out in support of the inquiry and one GOP congressman said he’s a “big fan of oversight"—so there’s that.

Here’s a look at just a few of the events from around the world:

5. Thanks to a challenge brought by public school teacher and Indivisible BK leader Liat Olenick, Elizabeth Warren announced that, if elected, she will only appoint a public school educator as her secretary of education.

6. Thanks to the New York Progressive Action Network, and added pressure from Bernie Sanders, New York passed a law that will give voters more time to change their party affiliation to participate in primary elections.

8. A newly-released report shows that college-student voter turnout doubled in 2018 as compared to 2014. #OurFutureOurVote

9. 50,000 employees from the United Auto Workers union went on strike to push for higher wages, better profit sharing, and the creation of more full time jobs.

10. Billy Porter became the first openly gay black man to win a lead actor Emmy, and Jharrel Jerome won an Emmy for his role in When They See Us —becoming the first Afro-Latino to do so.

13. And after the Portland Democratic Socialists of America and the Close the Concentration Camps Coalition brought concerns to the city, the Portland Police Bureau discontinued their contract that allowed ICE to train at their facilities.

14. A federal judge blocked a Trump administration policy change that would have extended the length of time children can be held in detention.

16. US Coal exports are expected to drop by 10 million metric tons this year, making it the lowest export level since 1983.

17. After more than 1,000 protestors were arrested for rallying against a corrupt Russian election that excluded opposition candidates, over 20,000 people flooded the streets of Moscow to demand their release from prison.

A big congratulations to all of the incredible 2019 MacArthur ‘Genius’ grant winners! I’m also thankful to all of the young climate activists who are leading the climate movement, these congresswomen for tipping the scale by coming out in support of an impeachment inquiry, and all my news sources including the easily digestible WTF Just Happened Today and NY Times Daily for making sense of all the breaking news this week.