After just six months on the job, first lady Melania Trump’s top policy aide has left the White House, according to multiple people familiar with the matter. 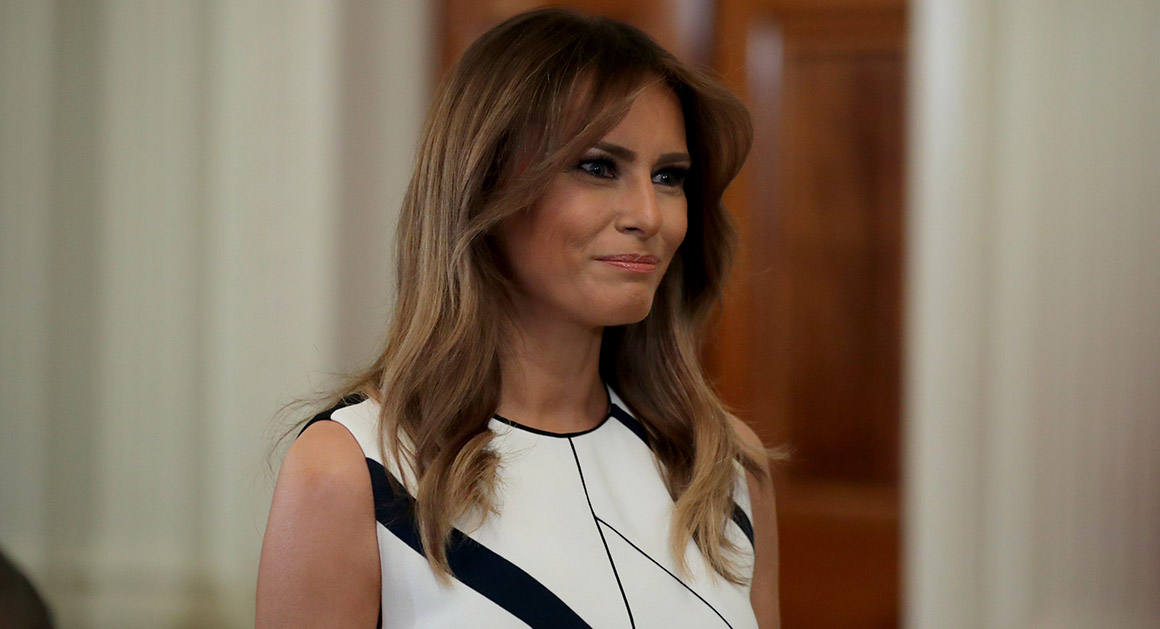 Be Better was already taken.

On the reschooling tip, I maybe would just add an action verb in there.

We be best gone…

Two prominent University of Virginia historians, William I. Hitchcock and Melvyn P. Leffler, severed ties on Monday with the university’s Miller Center, a public policy and presidential-history research center, to protest the center’s hiring of Marc Short,a former Trump aide. They said Short was “complicit in the erosion of our civic discourse.” Nicole Hemmer recently explained why she, too, believes the hiring represents a betrayal of the center’s mission, and the university’s:

On a lovely, crisp morning earlier this month, I stood stock-still outside the building where I work, at the University of Virginia’s Miller Center, and wrestled with my conscience.

The Miller Center, an institute for the study of presidential history and public policy, had just hired a high-level Trump official — Marc Short, formerly President Trump’s director of legislative affairs — as a senior fellow.

So that morning, we joined Harvard’s Kennedy School as one of the academic institutions providing Trump officials a soft space to land. (Its Institute of Politics gave the ousted spokesperson Sean Spicer and onetime campaign chair Corey Lewandowski coveted visiting fellowships.) 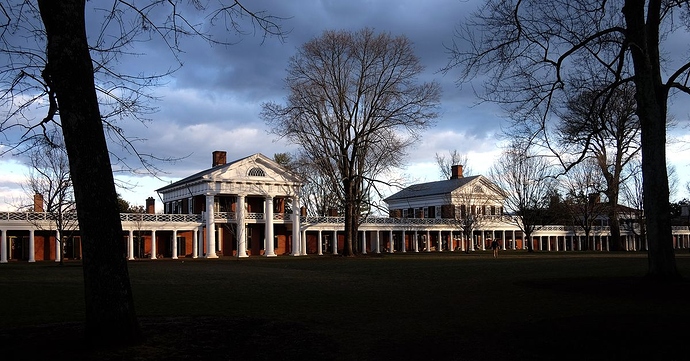 Ex-Trump staffers should not get plum jobs at elite universities

Why two prominent historians were right to resign from the University of Virginia’s Miller Center. 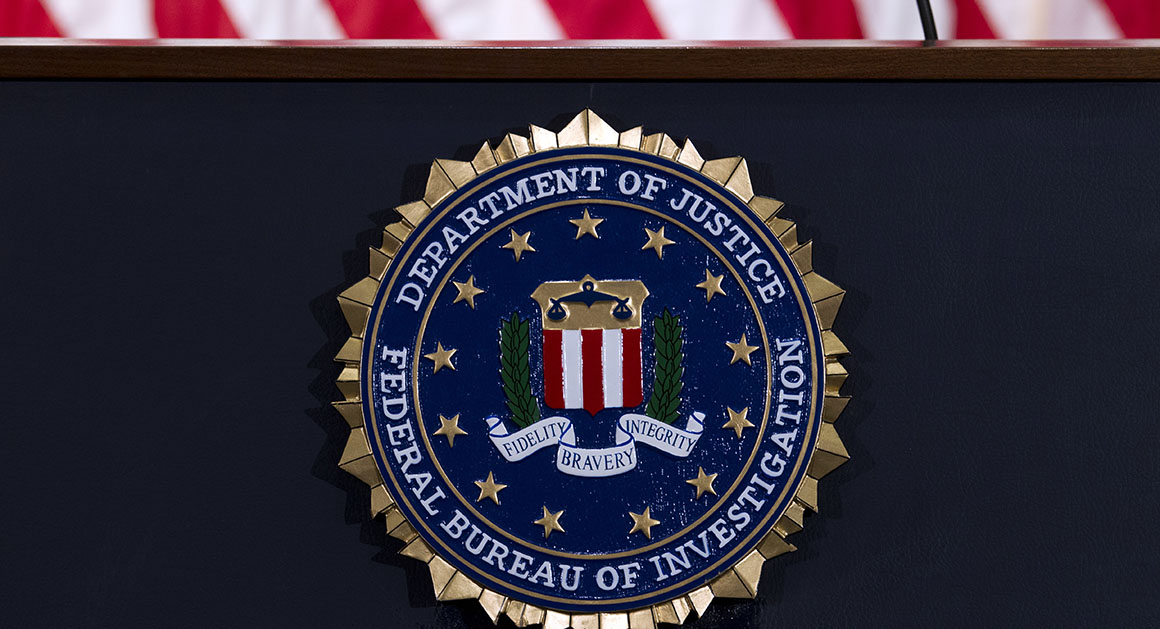 The bureau has lost about 20 top cybersecurity leaders to lucrative corporate jobs over the past five years, even as hacking threats multiply.

Not a good time for this to be happening.

@kylegriffin1 (nbc)
The Trump admin is laying off about 40 staffers at the Office of Financial Research, according to Reuters.

The office, created as part of Dodd-Frank, is tasked with identifying financial risks and stress on global financial markets.

Another way to cut infrastructure and eliminate any watchdog operations on the financial institutions. Giving the banks more leeway to go without any consequences for wrongdoing.

WASHINGTON (Reuters) - The Trump administration moved on Wednesday to shrink a government agency tasked with identifying looming financial risks, notifying around 40 staff members they would be laid off, according to a person familiar with the changes.

The employees at the Office of Financial Research (OFR) were formally told on Wednesday they will lose their jobs as part of a broader reorganization of the agency that was created in the wake of the 2007-2009 global financial crisis, the source said.

The overhaul forms part of a broader push by the Trump administration to reduce government bureaucracy by slashing government jobs and cutting regulations.

Staff at the OFR, an independent bureau within the U.S. Treasury that analyzes market trends to spot financial risks, were told in January that jobs would be eliminated as the administration sought to cut the OFR’s budget by 25 percent to around $76 million, the person said. 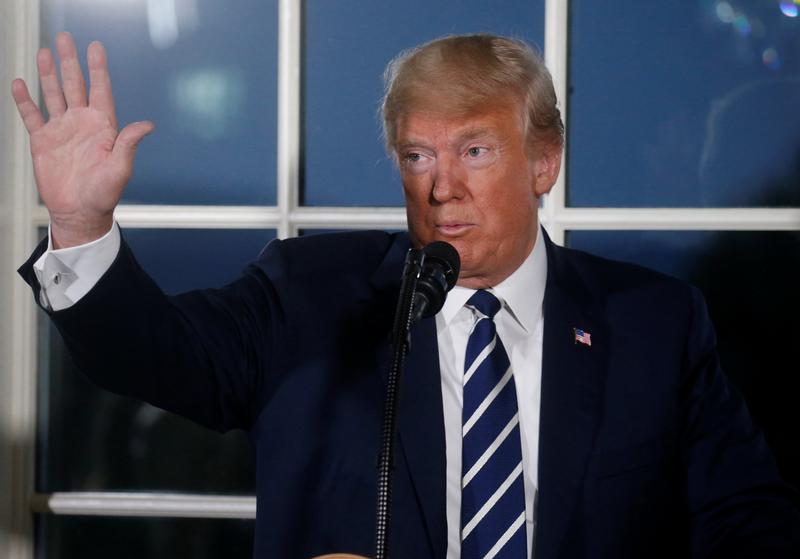 The Trump administration moved on Wednesday to shrink a government agency tasked with identifying looming financial risks, notifying around 40 staff members they would be laid off, according to a person familiar with the changes.

Helen Aguirre Ferré did not publicly acknowledge her departure, but Mercedes Schlapp, White House director of strategic communications, confirmed the exit to Univision on Wednesday. 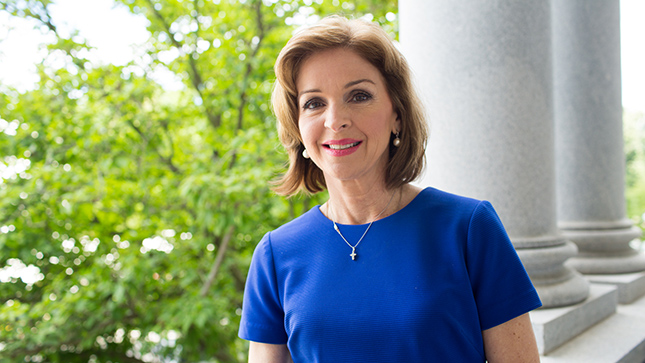 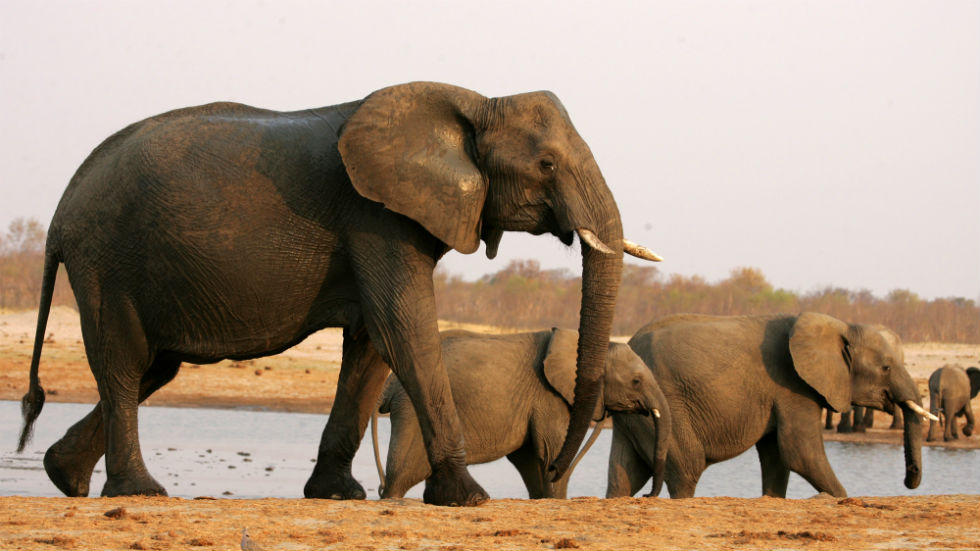 Greg Sheehan, the head of the U.S. Fish and Wildlife Service (FWS), is stepping down from his post, the Interior Department confirmed to The Hill on Thursday.

Good riddance to yet another agency official who was appointed expressly to help gut their agency – a despicable tactic that Trump has applied throughout his cabinet.

Since starting at FWS last June, Sheehan has largely been regarded as a driving force behind some of the service’s more controversial decisions. A member of the Safari Club, Sheehan was a key figure in the Trump administration’s push last fall to overturn an Obama-era ban on elephant trophy imports from a number of African nations.

“Sheehan’s departure is welcome news for America’s wildlife. In just one year in office, he inflicted incredible harm on imperiled animals by consistently putting special interests ahead of science and the environment,” Brett Hartl, government affairs director at the Center for Biological Diversity, said in a statement.

"His actions derailed the recovery of countless endangered species, gutted protections for billions of migratory birds and wreaked havoc on our natural heritage,” Hartl said. 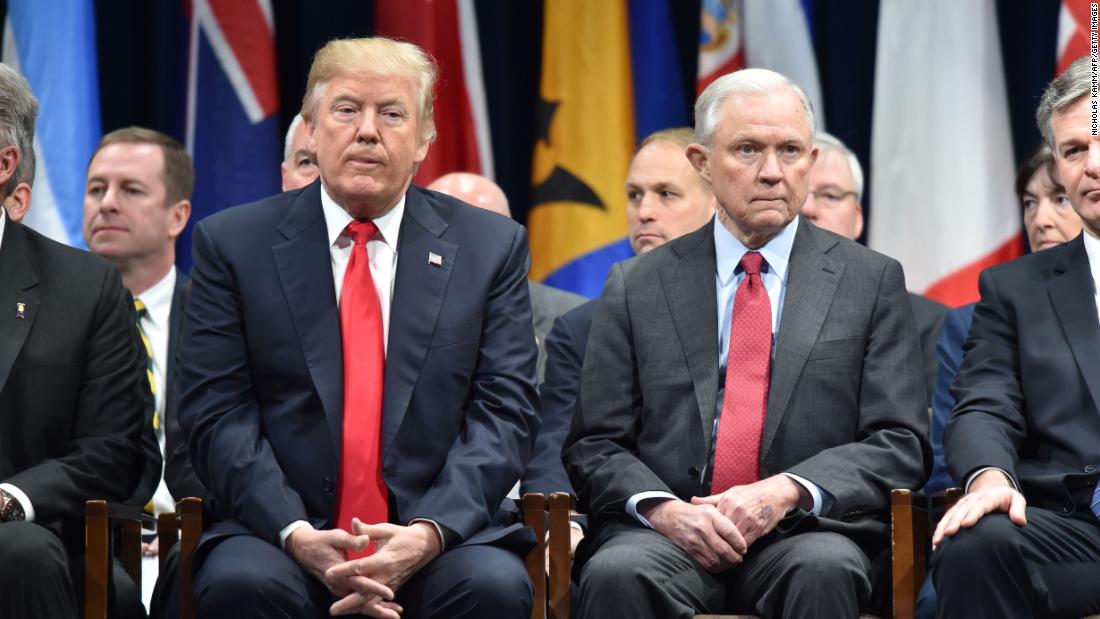 Just this weekend, Trump dealt with two major staff problems -- both of which, in different ways -- he created.

Not an announcement of a new departure, but some damning statistics on the astonishing churn in this administration.

Already, 57% of Trump’s “A Team” staffers have left the White House in just its first year and a half, according to statistics maintained by Brookings Institute’s Kathryn Dunn Tenpas. That nearly equals the turnover among top staffers for the entire first terms of Barack Obama (71% turnover), George W. Bush (63%), Bill Clinton (74%) and George H.W. Bush (66%).

(Tenpas’ data may actually undersell the changes in Trump’s administration, given that she only counts one departure for each office. So, while Trump has had five communications directors since being elected President, they only count as one departure in Tenpas’ calculations.)

Focusing just on Cabinet secretaries, the numbers are equally stunning for Trump. He’s already seen seven Cabinet officials . . . leave in his first 18 months in office. Obama had zero Cabinet departures in his first year and four in his second. George W. Bush lost only four Cabinet members in the entirety of his first four years.

The FBI has fired Peter Strzok over anti-Trump text messages he exchanged with his lover during the 2016 presidential campaign, Strzok’s lawyer Aitan Goelman confirmed Monday.

The FBI has fired Peter Strzok over anti-Trump text messages he exchanged with his lover during the 2016 presidential campaign, Strzok's lawyer Aitan Goelman confirmed Monday.

A speechwriter for President Donald Trump who attended a conference frequented by white nationalists has left the White House.

CNN’s KFile reached out to the White House last week about Darren Beattie, a policy aide and speechwriter, who was listed as speaking at the 2016 H.L. Mencken Club Conference. 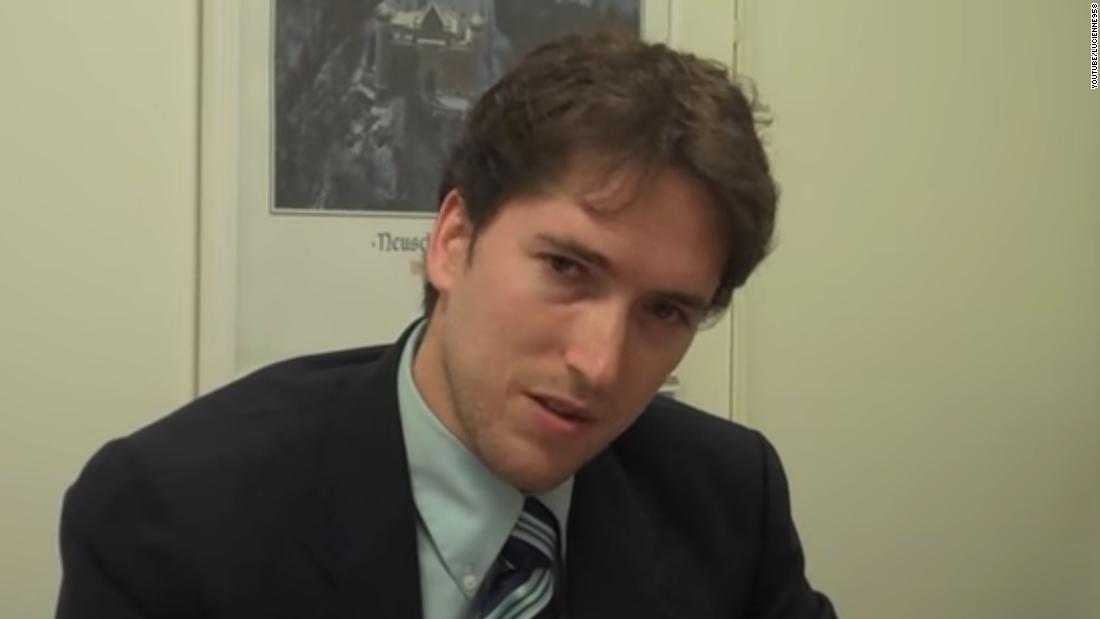 Speechwriter who attended conference with white nationalists in 2016 leaves...

A speechwriter for President Donald Trump who attended a conference frequented by white nationalists has left the White House.

Speechwriter who attended conference with white nationalists in 2016 leaves…

Which then begs the question, “How many more racist, sexist, fascist speech writers are still on Trump’s staff helping him deliver hate-filled ‘dog whistles’ to his alt-right base?”

“How many more racist, sexist, fascist speech writers are still on Trump’s staff helping him deliver hate-filled ‘dog whistles’ to his alt-right base?”

I guess we’ll find out! 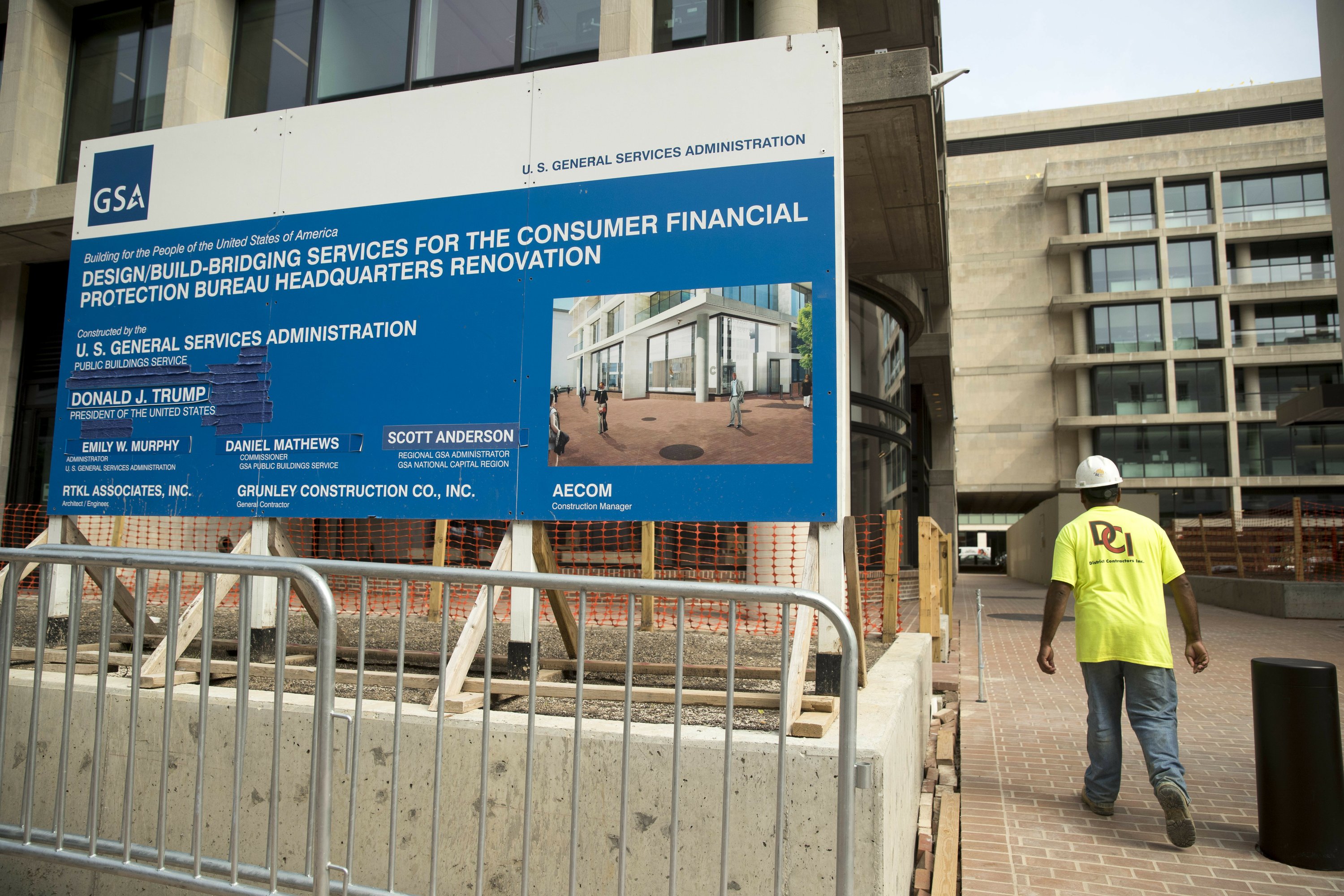 More discord leads to another resignation.

Frotman is the latest high-level departure from the CFPB since Mick Mulvaney, President Donald Trump’s budget director, took over in late November. But Frotman’s departure is especially noteworthy, since his non-partisan office is one of the few parts of the U.S. government that was tasked with handling student loan issues.

The office was at the center of the lawsuits against for-profit colleges like Corinthian Colleges and is currently heading up a lawsuit between the CFPB and Navient, one of the nation’s largest student lenders. The Navient lawsuit has been mired in bureaucratic red tape as the Department of Education, headed by Betsy DeVos, has been unwilling to help the CFPB with their lawsuit . Since its creation, the student loan office has returned $750 million to harmed borrowers.

“You have used the bureau to serve the wishes of the most powerful financial companies in America,” Frotman wrote, addressing his letter to Mulvaney. “The damage you have done to the bureau betrays these families and sacrifices the financial futures of millions of Americans in communities across the country.” 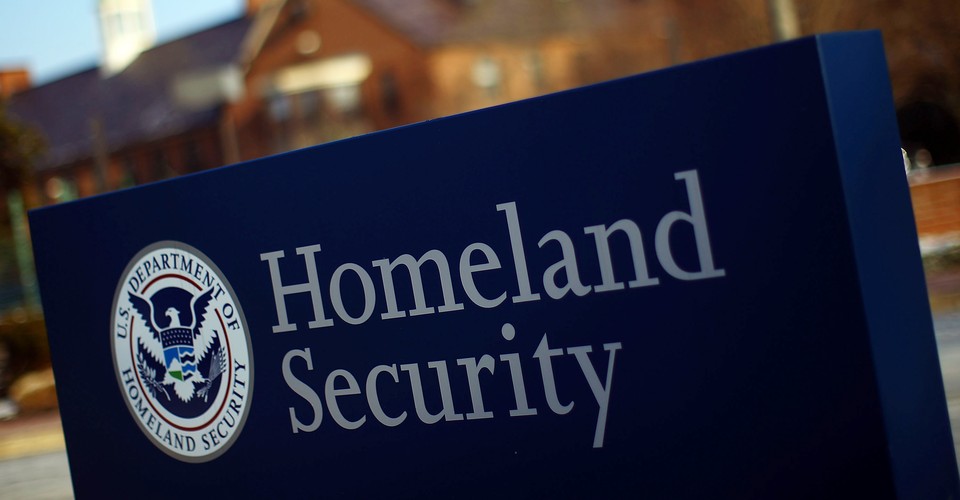 The emails show Ian M. Smith, who has resigned his position, to be connected to an incognito social scene that included white-nationalist activists.

Recent developments have shed light on previously unknown connections between white nationalist activists and the Trump administration. Now, the Department of Homeland Security has denounced “all forms of violent extremism” following the resignation of a policy analyst [Ian M. Smith] who had connections with white nationalists, according to leaked emails obtained by The Atlantic. . . .

After being reached for comment about The Atlantic’s reporting, Smith said in an email: “I no longer work at DHS as of last week and didn’t attend any of the events you’ve mentioned.” Neither he nor DHS disputed that it is him on the emails in question. . . .

According to sources with knowledge of Smith’s role at DHS, he was a policy analyst working on immigration.

Ian M. Smith has resigned from Homeland Security after being outed by The Atlantic as having ties to white nationalists. I hope there will be additional reporting to determine if he had any role in formulating the shameful policies that forcibly separated children from their parents at the border. Also, who hired him? Did he hire anyone? How many other officials with white nationalist connections are embedded in Homeland Security, and for that matter, throughout Trump’s administration?

Note that Smith’s departure comes on the heels of the resignation of Darren Beattie, a speech writer with links to white nationalists who was word smithing for our President; no doubt his expertise was figuring out ways to convey racist dog whistles to Trump’s base.

And a footnote: One detail that seems to be omitted in the reporting on Smith’s resignation: when was he hired? I’m assuming it was during this administration, but can’t say for certain. I’ve searched and searched for a hire date, but can’t find one. Maybe it’s hiding in plain sight and I just haven’t spotted it.

Don McGahn will leave the White House this Fall.

Top White House officials and sources close to White House counsel Don McGahn tell Axios that McGahn will step down this fall — after Brett Kavanaugh is confirmed to the Supreme Court, or after the midterms. The president later confirmed Axios’ reporting in a tweet. 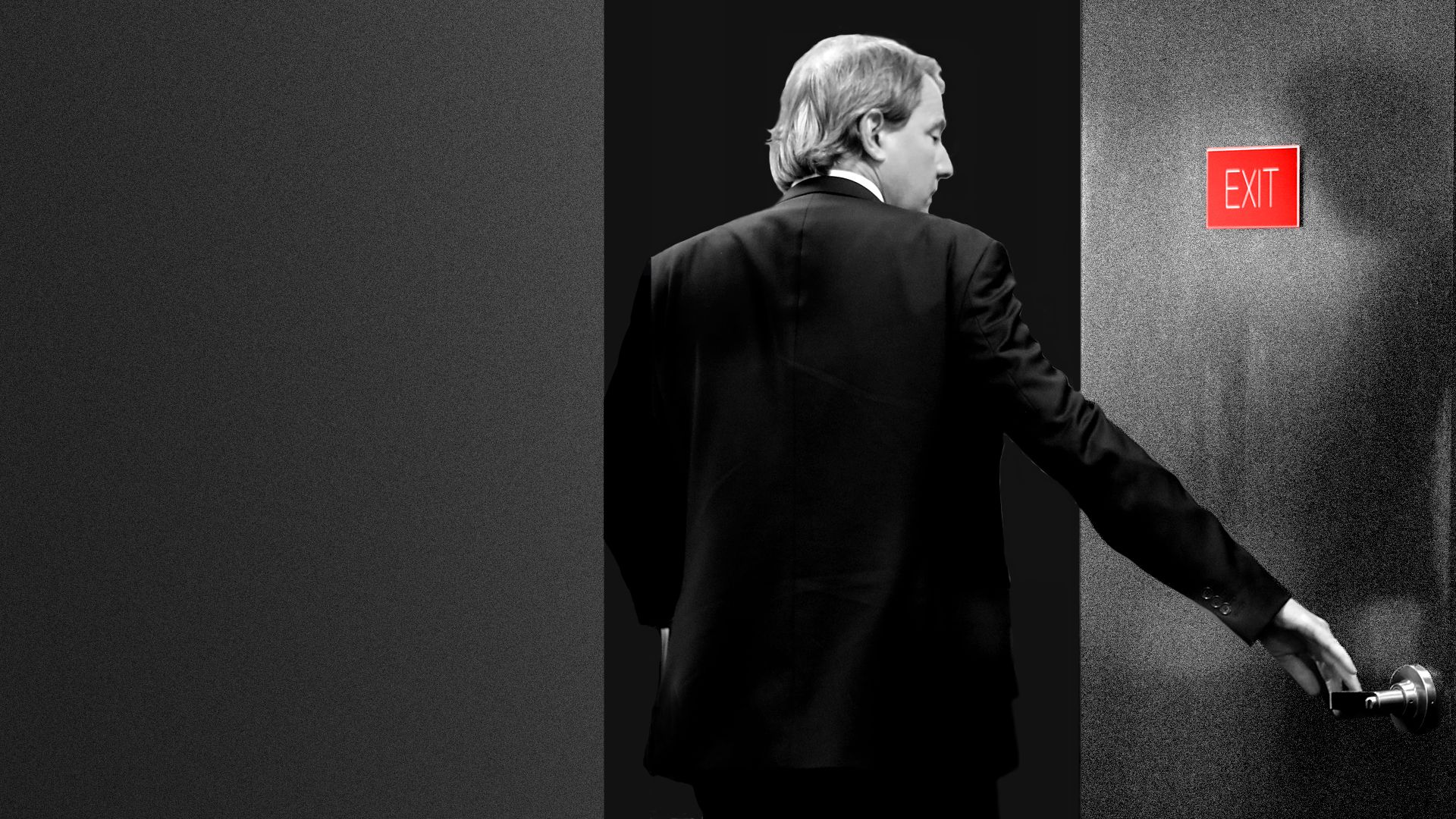 There's no formalized successor, but many are hoping it will be Emmet Flood. 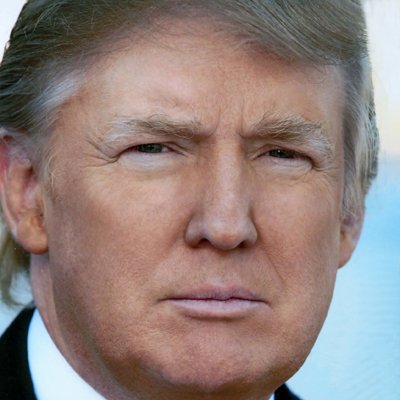 White House Counsel Don McGahn will be leaving his position in the fall, shortly after the confirmation (hopefully) of Judge Brett Kavanaugh to the United States Supreme Court. I have worked with Don for a long time and truly appreciate his service!
2 Likes
dragonfly9 August 29, 2018, 4:42pm #337

The president later confirmed Axios’ reporting in a tweet.

Trump gave McGahn no heads up before tweeting that he would be out this fall, according to someone who has spoken to McGahn. They had been discussing his plan to leave sometime post-Kavanagh confirmation but McGahn was blindsided (tho not surprised) by the announcement.
3 Likes
dragonfly9 August 29, 2018, 11:43pm #338

With vacancies abounding in the White House and more departures on the horizon, there is growing concern among Trump allies that the brain drain at the center of the administration could hardly come at a more perilous time.

…job changes and firings have taken their toll across the White House, but their impact has been felt particularly in the communications and legal shops — two departments crucial to Trump staving off the looming threats.

McGahn’s deputy and chief of staff, Annie Donaldson, is also expected to leave soon after McGahn departs, two staffers said. Similarly, the White House press office is down to four press secretaries working on day-to-day White House matters, including Sarah Huckabee Sanders, and the regional and Cabinet affairs media teams in the communications office have been hollowed out.