Yes…so out of touch. 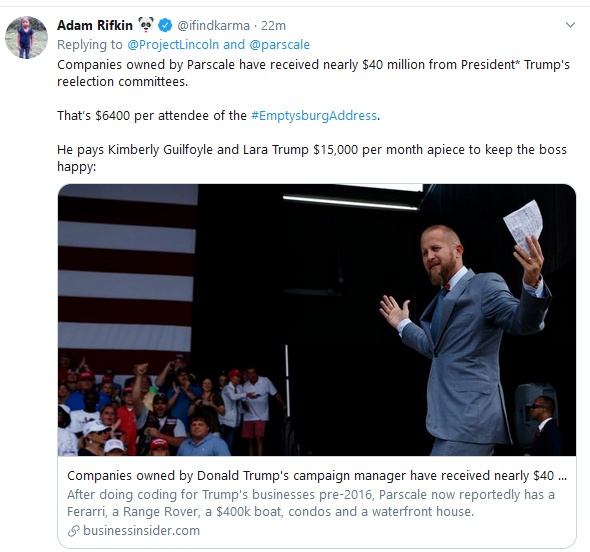 Companies owned by Donald Trump’s campaign manager have received nearly $40 million from the president’s reelection committees, according to a new report 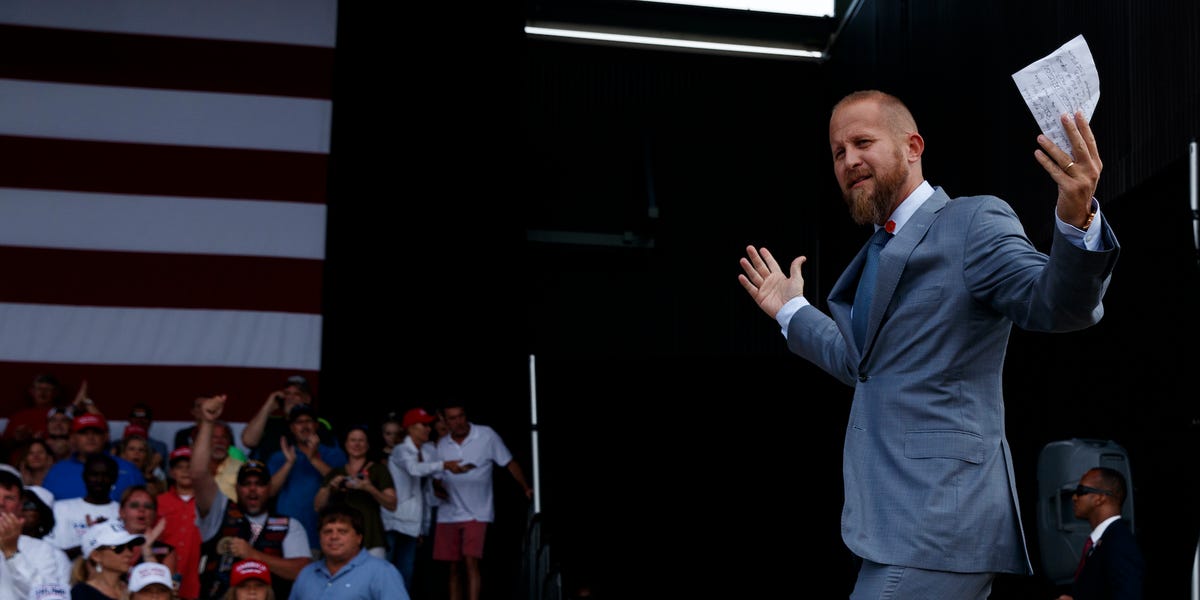 After doing coding for Trump's businesses pre-2016, Parscale now reportedly has a Ferarri, a Range Rover, a $400k boat, condos and a waterfront house. 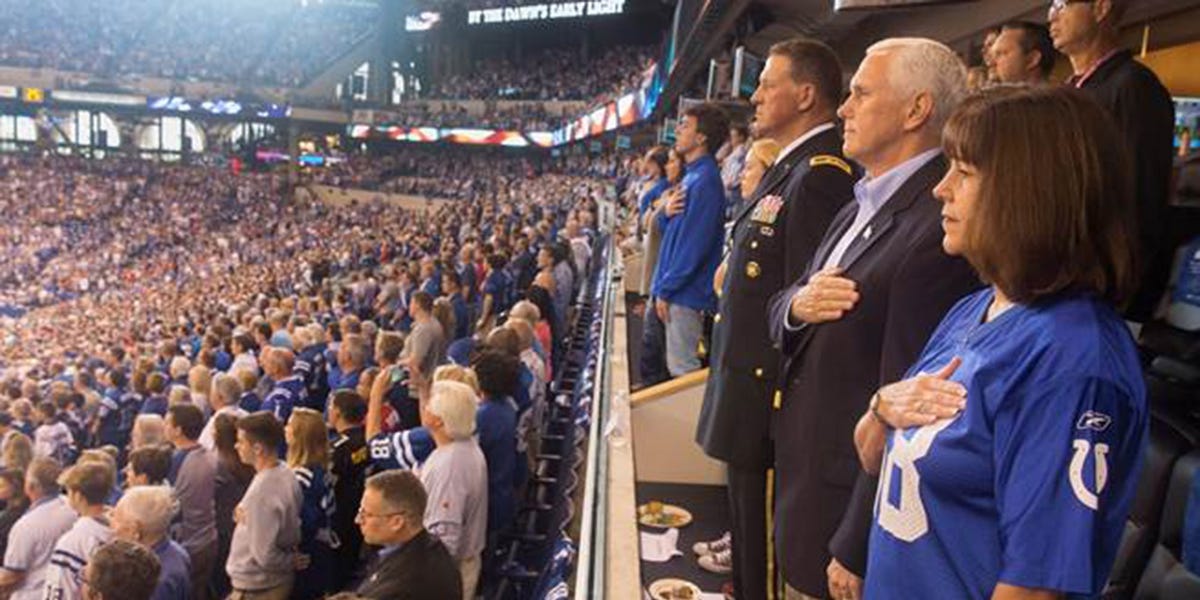 Mike Pence and his wife, Karen, voted by mail in April from a mansion they...

Rep. Jerry Nadler, chairman of the House Judiciary Committee, tells Rachel Maddow that the committee is putting together a subpoena for Attorney General William Barr to testify in their investigation of corruption at the DOJ, suggesting that the DOJ...

Rep. Jerry Nadler, chairman of the House Judiciary Committee, tells Rachel Maddow that the committee is putting together a subpoena for Attorney General William Barr to testify in their investigation of corruption at the DOJ, suggesting that the DOJ budget could be used as leverage to compel Barr to comply.

FACT CHECK: Trump is once again spreading falsehoods about voting by mail, this time suggesting that foreign countries could print out and send in million of ballots.

Experts have called that “preposterous” and “false.” 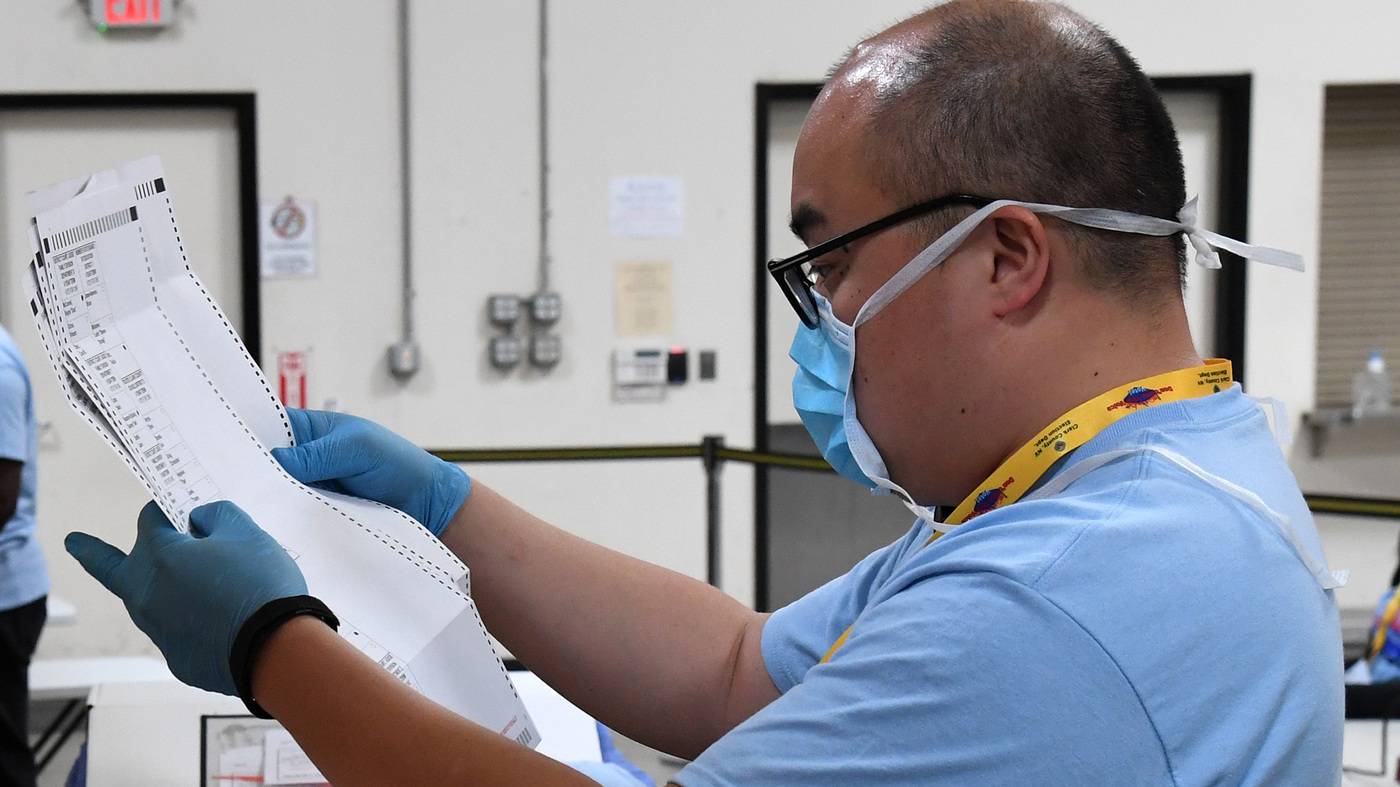 President Trump tweeted a conspiracy theory that foreign countries could print and send counterfeit absentee ballots. Election officials from both parties say those concerns aren't based in fact.

The Trump campaign is encouraging its followers to vote by mail even as Trump and Pence claim it is not secure. 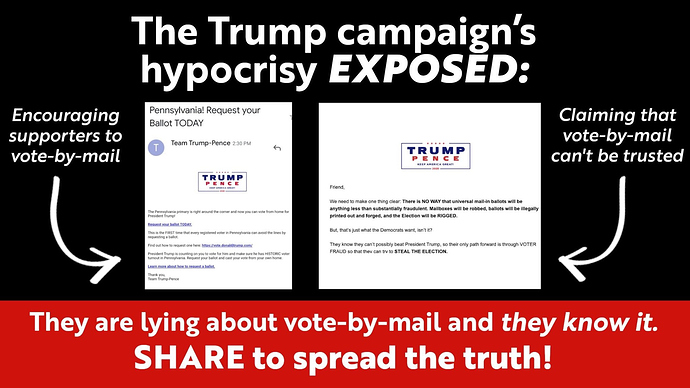 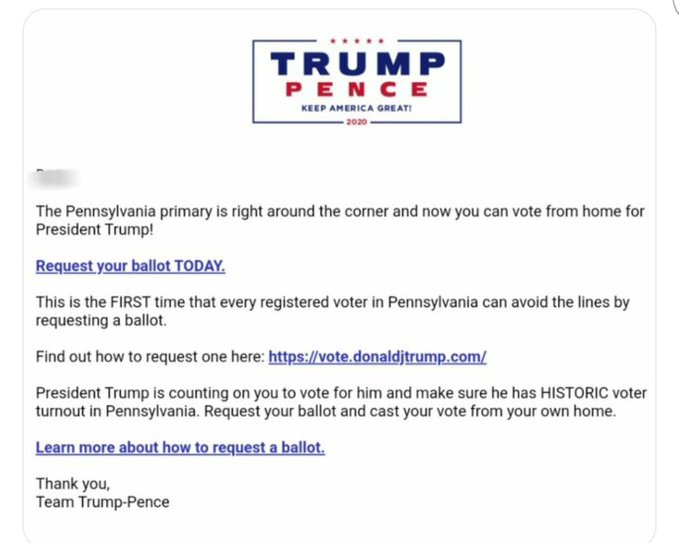 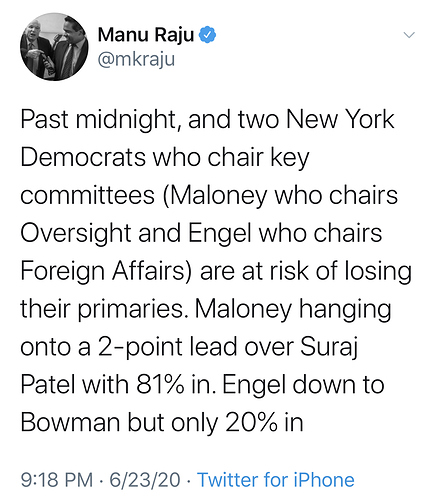 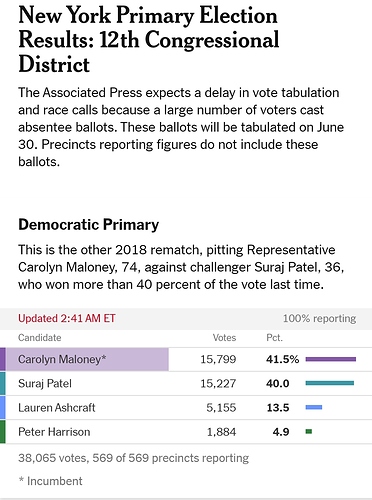 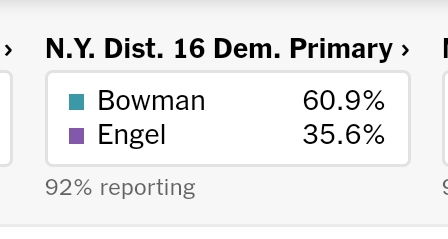 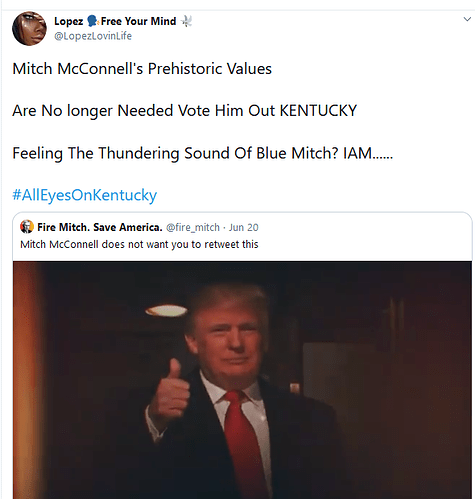 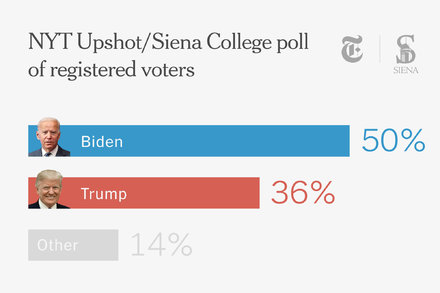 A New York Times/Siena College poll finds that Joseph R. Biden Jr. is ahead of the president by 14 points, leading among women and nonwhite voters and cutting into his support with white voters.

Mr. Biden is currently ahead of Mr. Trump by 14 percentage points, garnering 50 percent of the vote compared with 36 percent for Mr. Trump. That is among the most dismal showings of Mr. Trump’s presidency, and a sign that he is the clear underdog right now in his fight for a second term.

Mr. Biden leads Mr. Trump by enormous margins with black and Hispanic voters, and women and young people appear on track to choose Mr. Biden by an even wider margin than they favored Hillary Clinton over Mr. Trump in 2016. But the former vice president has also drawn even with Mr. Trump among male voters, whites and people in middle age and older — groups that have typically been the backbones of Republican electoral success, including Mr. Trump’s in 2016.

If the 2020 presidential election were held today, whom would you vote for? 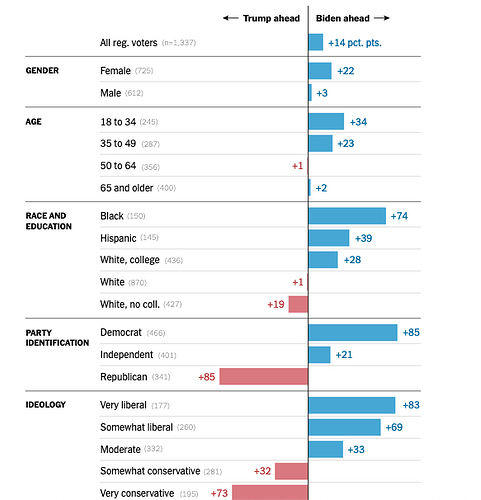 So, this is wild.

Longtime Democratic incumbent Eliot Engel has been primaried. He just opened an investigation, as head of the House Foreign Affairs Committee, with Carolyn Maloney, head of Oversight who barely hung on herself, into the firing of the State Dept. IG. 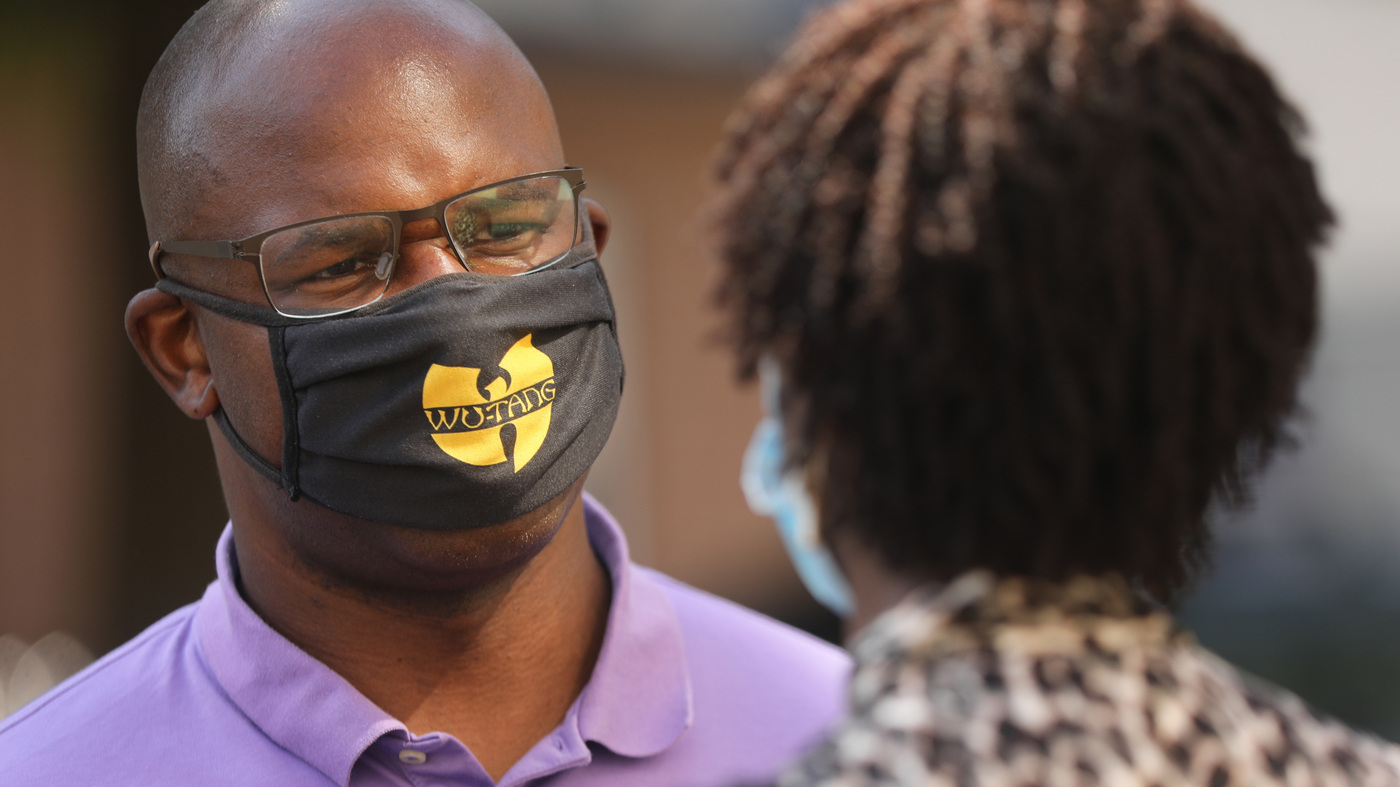 Black Progressives Appear To Surge In Primaries, While Trump-Backed Candidates...

Voters went to the polls in primaries Tuesday from Kentucky to New York. Black Democrats appeared to have done well, including upending a 30-year House committee chairman.

Engel to a fair degree took himself out, between being an absentee Rep. during the pandemic and a hot mic moment that hurt him badly.

There are three progressive, black candidates coming out of this as winners, including the one who took down Engel. All won by landslides.

Meanwhile, on the GOP side, Trump-backed candidates are losing left and right.

In Kentucky, Trump tweeted his opposition to giving another term to a sitting congressman, Thomas Massie, who forced a vote on an economic relief package. Massie won overwhelmingly with almost 90% of the vote. Members of Republican leadership backed Massie’s primary opponent after Massie forced the vote. But after racist tweets surfaced from that opponent, Massie cruised.

The big one we’re still watching is progressive state Rep. Charles Booker vs. former Marine fighter pilot Amy McGrath for the right to take on Mitch McConnell in Kentucky. 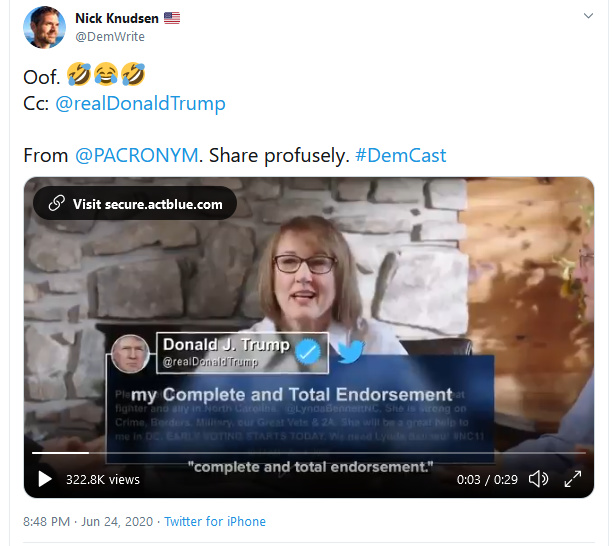 The latest video from The Lincoln Project.

Hannity - I punt vs T - I smooze without facts.

More underwhelming and often confusing statements from T to Hannity really suggest he is losing it. See “Portrait of a President”. @ddale8 Fact checks by CNN’s Daniel Dale

Fox is not going to save T. Their polls say that too.

Trump Retreats to His Hannity Bunker

Beaten by the pandemic and down in the polls, a President and his propagandist create an alternate reality.

Hannity’s latest in-kind contribution to the Trump campaign was perfectly predictable, of course. The TV host, who is paid twenty-five million dollars a year by Fox, is so reliable a wingman to the President that my colleague Jane Mayer reported that Trump bragged he was a ten out of ten on the loyalty scale. Before the 2018 midterms, the President had Hannity appear onstage at his big pre-election rally, a faux pas even for Fox that earned Hannity a reprimand from his bosses. Before Thursday’s event, in Green Bay, Wisconsin, Trump hosted Hannity as his guest on Air Force One, and photographers snapped a picture of U.S. Marine guards saluting as Hannity walked on the tarmac to the plane’s steps. In a pre-town-hall interview, at a Wisconsin airplane hangar, the two looked like co-stars in a buddy movie; they were even dressed in matching long red ties and dark suits. When the show got going, Trump saluted Hannity as a “great journalist.” Hannity’s show is the Fox bunker that Trump retreats to when everything else is going wrong.

Not surprisingly, some of Trump’s most outrageous comments about the ongoing pandemic have been uttered on Hannity’s program. In early March, just a little over a week before he declared a national emergency and shut down the country, Trump told Hannity that the coronavirus was “very mild,” that it was similar to the annual flu, and that hundreds of thousands of people could recover from it while still going to work. On March 26th, the President touted the malaria treatment hydroxychloroquine as a miracle drug to combat the coronavirus. “This could be the big answer,” he told Hannity. On April 7th, Trump was back on the show, promoting himself and hydroxychloroquine. “We have millions of doses that I bought,” Trump said, before correcting himself, “that the country bought.” He added, “It’s not like it’s something unsafe.” A few weeks later, medical studies suggested that the drug was risky, and U.S. government health officials recommended it not be given to COVID -19 patients. The general theme of all these conversations with Hannity—which are better characterized as rambling monologues by Trump in which Hannity occasionally figures—has been the President’s increasingly urgent need to tout his own brilliance at handling the pandemic. “We’re way under . . . in terms of death,” he told Hannity, in April. But it wasn’t true, then or now.

In the past three months of the pandemic, Trump’s virus-spin cycle has become as familiar as it is mind-numbing, an endless loop of denial, magical thinking, blame-shifting, and fearmongering. Often, he seems to do all of this in the same day: We beat the invisible enemy. The country is transitioning to greatness. The virus is fading away. Cases are only going up because we are testing more. A miracle vaccine will be ready soon, probably, maybe, likely by the end of this year. People are wearing masks just because they want to hurt me politically and the media is lying to them. We did a great job. It’s the “kung flu.” It’s the “ChinaVirus.” These are all real points the President has made, just in the last few days.

No wonder Trump retreated to his Hannity bunker on Thursday, to talk about the border wall and Barack Obama’s “treason” and the deep state. About the “persecution” of Michael Flynn, and how much of a “disaster” his former Attorney general, Jeff Sessions, was. About the “rioters” and “terrorists” destroying America’s cities in the wake of George Floyd’s killing. This is a week when even Trump ought to have a hard time denying the reality of the disaster the country is facing, and his own political predicament. The virus is spiking in Republican-led states, such as Arizona, South Carolina, Arkansas, Florida, and Texas, which are must-wins for Trump in the fall. Texas alone reported six thousand new cases on Thursday, and its Republican governor, Greg Abbott, who had spent months aligned with Trump in downplaying the threat, is now urging state residents to shelter at home. On Thursday, he announced he was pausing the state’s plans to reopen. So did the equally pro-Trump Republican governor of Florida. Not exactly on-message for their President.

Shortly after 6 p.m. on Thursday, Trump sent out a tweet promoting his conversation with Hannity, taped earlier that day in Wisconsin, where a new Times poll shows him trailing Biden by eleven points. Minutes after Trump’s tweet, Fox News released the results of its own new poll in six key battleground states. It showed Trump behind Biden in every single one, including, for the first time in a Fox News poll, the Republican bastion of Texas. In the lead-up to Trump’s Hannity interview, the Tucker Carlson show opened with this banner: “ PRESIDENT TRUMP MAY LOSE THIS ELECTION .”

Democratic strategist James Carville calls it likes he sees it. - “Dems get off the conference calls and do something.”

Most of them are in minority communities. 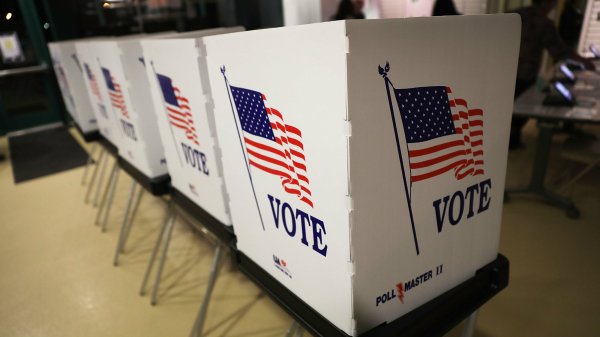 Report: More than 1600 polling places have closed since the Supreme Court gutted...

Most of them are in minority communities. 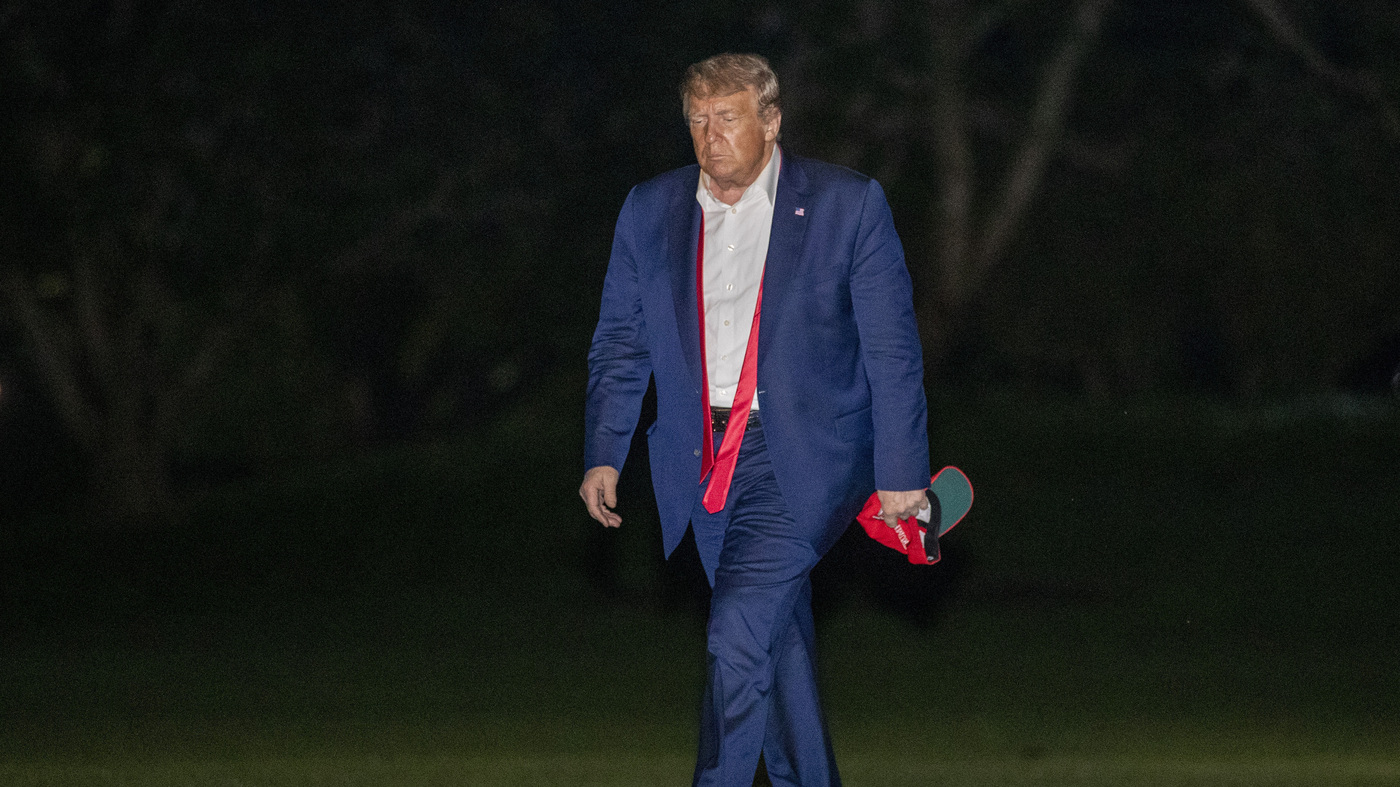 Just 40% of Americans approve of the job President Trump is doing and 58% disapprove, an NPR/PBS NewsHour/Marist poll finds. Former Vice President Joe Biden is leading in a general election matchup.

In light of the news breaking yesterday about Russian paying Afghan’s/Taliban to kill American troops…a new ad from TLP. 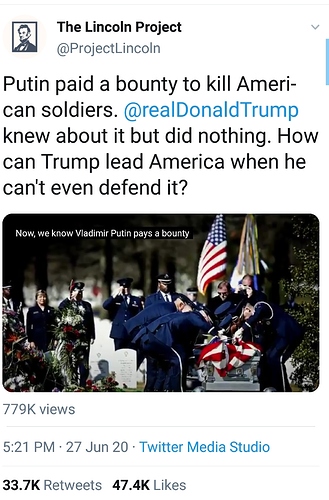 But wait press Secretary T knew nothing at the time…and even with that he has had time to responds. 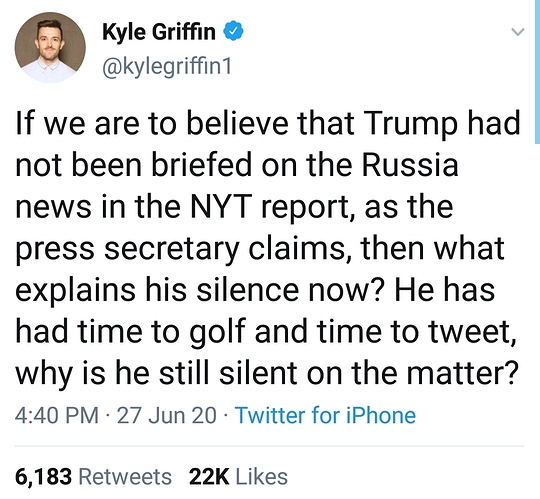 And most likely explanation…being gaslit again 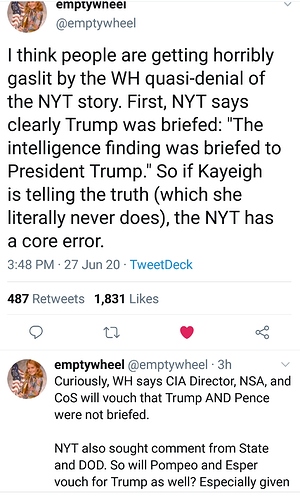