I’ve seen this come up quite a bit over the past several months and it’s quite frustrating. Many news articles reporting things as “new”, but it reality it’s simply confirming what is known based on inference and other public known information. There have been many articles where the entire premise is about this “new” thing.

For example, the WaPo story from yesterday – Russians took a page from corporate America by using Facebook tool to ID and influence voters. Thankfully, for this article it wasn’t the entire story’s focus – but a good example.

“The revelation about the use of Facebook’s Custom Audiences tool, which has not been previously reported, adds to an emerging picture of a Russian effort to shape the U.S. election and sow division using tools built by American technology companies.”

Now, there has been an overwhelming amount of information released about how they “microtargeted” voters and Facebook’s Custom Audiences tool is not some new thing – many people know about it.

It’s very frustrating when the entire article is focused around something that’s not new, but reported as new. It’s like the breaking news alerts comes through, you think “WTF happened now” –only to find out its nothing really new at all.

Anyone else frustrated with this? Is it just me – do I just read the news/twitter wayyyyy too much?

For sure. They are obligated to contextualize it though – hard to report the new fact on its own. I don’t think it warrants ~800 words tho… 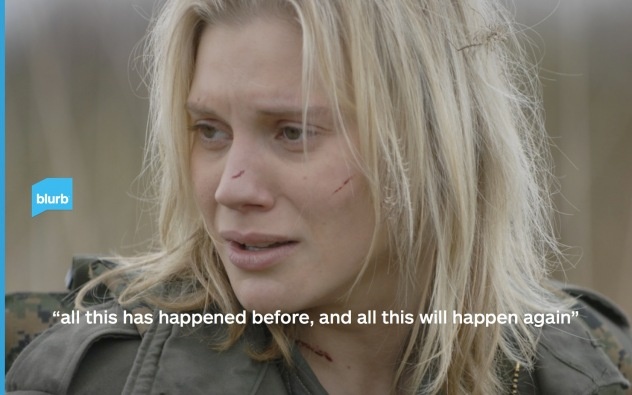 I guess people are blissfully unaware of how much data Facebook actually collects about you. It is next level scary. Facebook knows who you are before you create an account. It learns everything about you after you’ve created one.

It is next level scary.

Oh, I know!! I posted about it before - I stumbled upon once the “ad categories” that were assigned to me personally and it was creepy.

I stumbled upon once - where you can see your ad “categories” on FB (essentially, where you fall in those options). If you go to https://www.facebook.com/ads/preferences and go to “your information” then “categories”…you’ll probably be shocked with what you see.

When I found that, I had recently been looking for something online about Pokemon Go (I know, I’m a dork)…and I stumbled onto some pages with cheats, etc. I did not use ANY sort of log in, browser, etc or anything that had to do with Facebook…and yet, one of my categories I saw was “Online Gaming (cheating)”.

At this point, I figure facebook and Google have all my info anyway. But just because they do doesn’t mean my ex does, so I still tend to keep things locked up.

Does this mean I’m doing a good job at fighting the man?

I feel like the fact that the DNC helped fund the research behind the “Steele Dossier” is another example of the “OMG shocking revelations” which aren’t new pattern. Agree/disagree?

I can’t point to any concrete sources, but back when the Steele Dossier was new news I remember hearing multiple times that it had started out as opposition research funded by other republican candidates before the primary, and after Trump got the nomination the same research found new funding from democratic support.

While I haven’t read extensively about these latest “revelations”, it wouldn’t surprise me if direct linkages to the Clinton campaign and the DNC are new information, that doesn’t strike me as shocking/earth-shattering stuff.

Also, on a separate note, how many Facebook “ad categories” are typical? Is 5 categories actually few by comparison, or was it just that the categories are off-base that earned me hypothetical creds? I thought about doing a write-up about the countermeasures I employ.

Friend: anything noteworthy after reading the dossier?
me: nope

Friend: it started as gop op-research then became dem op-research and the author seems reputable.

I feel like the fact that the DNC helped fund the research behind the “Steele Dossier” is another example of the “OMG shocking revelations” which aren’t new pattern. Agree/disagree?

Yes, @adfaklsdjf this is perfect example of the “new/not new” news trend lately - that drives me insane. President-elect Donald Trump has proposed making his son-in-law a Middle East peace envoy, but his efforts may be complicated by the financial contributions.

(but good catch! it’s a good point to make that this story “advanced” based on a nuanced lack of disclosure)

On the Kushner thing, does that mean that the public knew about his donations and he lied about it on his security forms anyway?

Today was a goddamn disaster for this. These people deserve… I don’t even know what.

I certainly use that information to target ads on the pages I manage.

Hey thanks for the pro-tip about the Facebook ad categories. I just checked mine; there are only 5 (that’s not a lot, right?), two are basically wrong and the other three are pretty generic:

Does this mean I’m doing a good job at fighting the man?

P.S. Yeah the not-new as “NEW!” irritates the crap outta me, too, and no you’re not alone–I notice it all the time.

It also fuels the narrative of the “out of touch” media, because they write almost everything under the assumption that the reader has zero backstory. But, it makes things like WTFJHT a source of sanity (now if only I could turn off the breaking news notifications…