“60 days into the coronavirus crisis, the White House does not have a plan, a framework, a philosophy, or a goal.”

This is a pretty personal issue to me, as South Korea came up with a pretty effective strategy for dealing with all of this, but the United States of America? Nada. I mean, we used to be a respected, principled country, who other countries looked up to for leadership. And now? We’re a Reality TV Show.

And so okay, ‘Staying @ Home’ and ‘Social Distancing’ is helping to curb the infection rate, but what’ll happen if we do NOTHING ELSE and then just send everybody back out to work and pretend it’s all fixed? Obviously an upward spike of infections will be in our not too distant future.

So, I contacted Senators Maria Cantwell and Patty Murray and asked them, “Why are we not doing what South Korea is doing?” Senator Cantwell responded with how hard they’re working about getting more testing, but I was pleased to see in the news later that Governor Inslee in his published phased response is trying to incorporate some South Korean methodology.

Okay good, but this really shouldn’t be a state by state thing. And with no state to state travel restrictions, it won’t work.

So, until there’s some more actions or plans, here’s what I’m expecting: We had a Pandemic in 1918, which was apparently associated with WWI soldiers having to hang out in water filled trenches for long periods of time. There was no vaccine, and its run was about a full year before infected people either died, or recovered and developed antibodies.

By my count, using Inslee’s Social Distancing Order as a starting point, we’re 58 Days in, and ‘just’ 307 days to go.

Further to the above comment I see that the WHO are now thinking that the COVID-19 unlike a flu virus may be here to stay ie endemic. 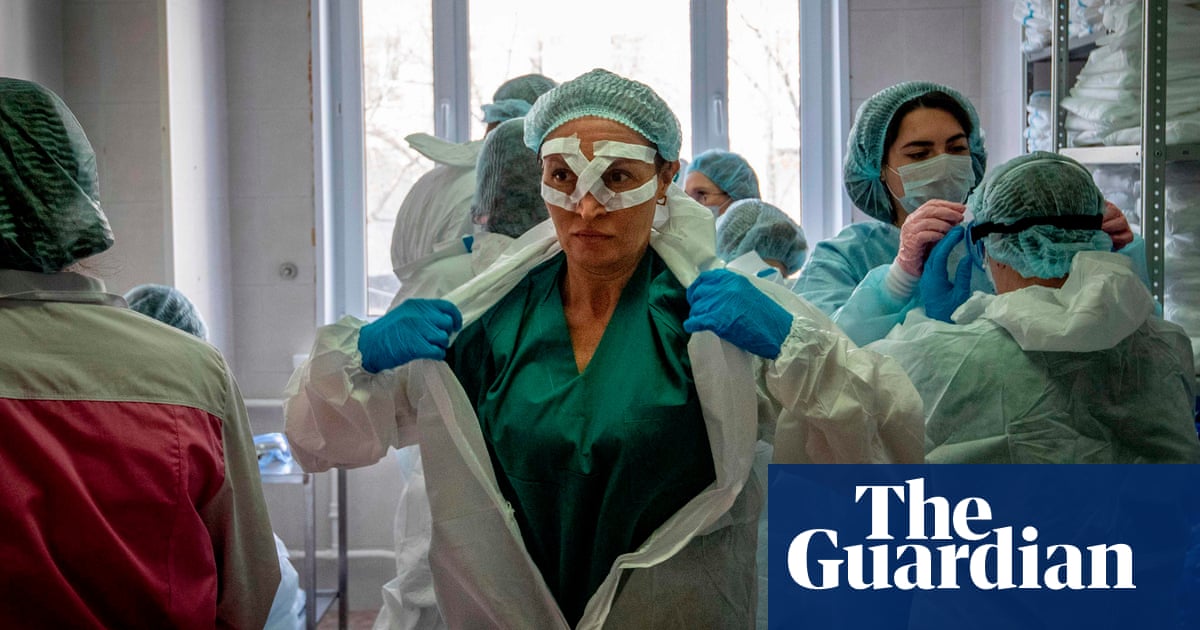 Global report: WHO says Covid-19 'may never go away' and warns of mental...

The World Health Organisation has warned that coronavirus “may never go away” as its experts predicted that a global mental health crisis caused by the pandemic was looming.

The global health body on Wednesday cautioned against trying to predict how long coronavirus would keep circulating, and called for a “massive effort” to overcome it.

“It is important to put this on the table: this virus may become just another endemic virus in our communities, and this virus may never go away,” said Michael Ryan, the WHO’s emergencies chief

“I think there are no promises in this and there are no dates. This disease may settle into a long problem, or it may not be,” he said.

“Trump’s ambitions reach even to the moon, which he has announced he wants the US to mine.”

I just want to highlight: Trump wants to mine the moon. "Trump’s ambitions reach even to the moon, which he has announced he wants the US to mine." https://t.co/V0vdffm5LI 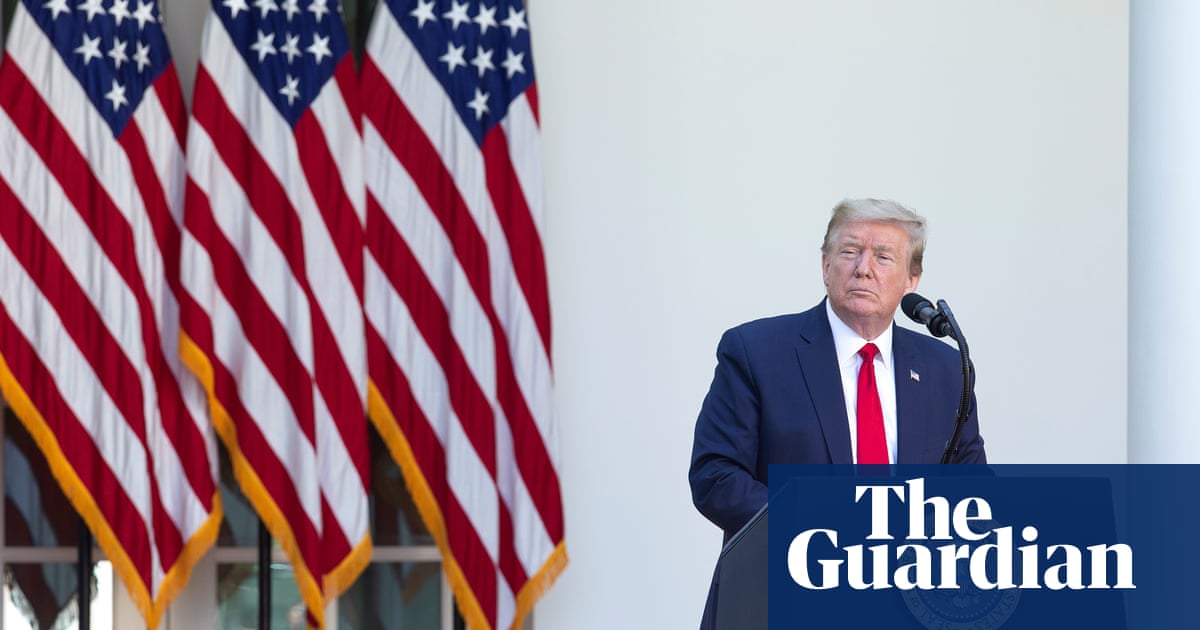 Administration is weakening protections ahead of the election, making changes that could take years for a Democratic president to undo

Why do I envision Trump building a giant laser to carve his name on the moon? 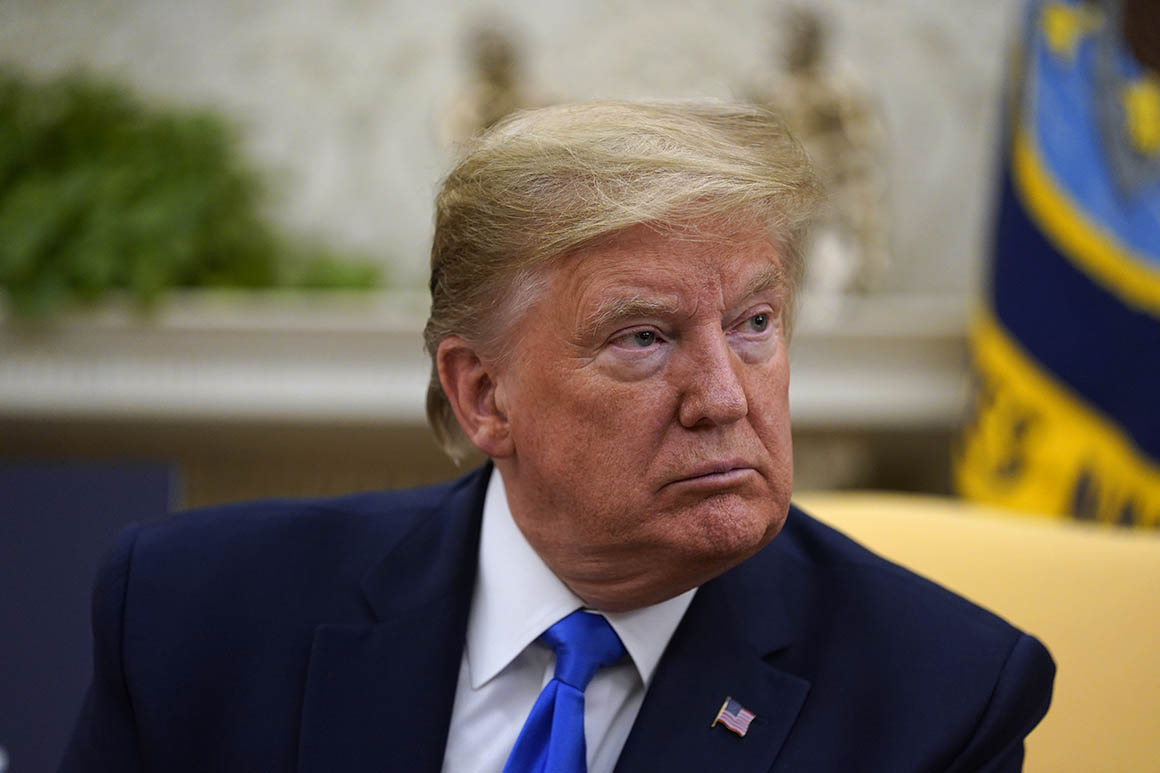 The president's attorney said he will ask the Supreme Court to block inquiries into foreign patronage of D.C. Trump hotel.

Those sparks flew again in Thursday’s opinions, where the dissenting judges accused their colleagues in the majority of being tools of the president’s Democratic opponents.

“In opening the door to suing a president who has visited not the slightest concrete harm on any plaintiff in this action, we invite the judiciary to assemble along partisan lines in suits that seek to enlist judges as partisan warriors in contradiction to the rule of law that is and should be our first devotion,” wrote Wilkinson. "When partisan fevers grip the national government, the judiciary must operate as a non-partisan counterweight and discourage suits whose inevitable denouement will make us part of the political scrum."

The judges in the majority bridled at that language.

“The dissent portrays us as ‘partisan warriors’ acting with an 'absence of restraint … incompatible with the dictates of the law,’” Motz wrote. “But we remain confident that our narrow holding, reached with careful attention to the standard of review, is the essence of restraint. Readers may compare our measured approach with the dramatics of the dissent and draw their own conclusions.”

Another Democrat-appointed judge was less measured in his response, accusing the dissenters of disparaging their colleagues as “political hacks.”

“The dissenting opinions, in a disappointing display of judicial immodesty, have made this case into something it is not,” wrote Judge James Wynn, an appointee of President Barack Obama. “The dissenting opinions abandon notions of judicial temperament and restraint by commandeering this case as a vehicle to question the good faith of judges and litigants that are constituent members of our Union.”

Wynn accused the dissenters of a “naked” defiance of precedent and procedure to shut down the Maryland and D.C. suit simply because they disagree with it. And, as he defended the Democratic appointees in the majority, he invoked an unusual statement from Chief Justice John Roberts rebuking Trump for suggesting that judges are partisan combatants.

“We have a duty to do our level best to do equal right to the parties who appear before us,” Wynn wrote. “When all is said and done, the majority opinion here represents a dedicated group of judges doing just that.”

Two other appeals courts have reached disparate rulings on similar suits filed in other courts.

We DO have a precedence. In 1918 there wasn’t any contact tracing, vaccine, etc, and it blew over in about a year. Eventually everybody gets exposed, and either develops antibodies and an immunity, or dies. So, in the absence of competent leadership and any other data, I’m sticking to we’re now at Day 59, and ‘just’ 306 days to go.

I for one, thinks the moon would be a good place for him. Let’s give him a shovel and send him there.

By my count, using Inslee’s Social Distancing Order as a starting point, we’re 58 Days in, and ‘just’ 307 days to go.

If you’re lucky. With a rudderless administration who have “washed their hands” (if you will forgive the phrase) of this pandemic, I see little chance of an improvement anytime soon. Testing alone is completely insufficient. Contact tracing, enabling an encircling of an outbreak, and isolating that group so that there can be no further community transmission, is essential to getting this virus under control. I fear that the disease is now too far established within the country for that to happen. And with the country being opened up again, the tracing of contacts is going to be enormous. Coming down a mountain is even harder sometimes than going up.

As someone with a background in probabilistic risk assessment, I’d say his use of the word “may” was somewhat reckless. I MAY keel over in the next five minutes from a heart attack or something; but, probably not. What he’s really saying is he doesn’t know.