1/ Rex Tillerson called Trump a moron and nearly resigned. The comment came this past summer after a meeting at the Pentagon with members of Trump’s national security team and Cabinet officials. Mike Pence reportedly counseled Tillerson on how to ease tensions with Trump, with other top administration officials urging him to remain in the job until the end of the year. (NBC News)

2/ Tillerson denied he considered resigning from his job.

So how long til ole Rexy “resigns?” I’ve been thinking his days are numbered since at least day 256, unless John Kelly somehow manages to keep shit together.

Very interesting. I’m in support of a Puerto Rico debt amnesty act or something along those lines. They’re a US territory, and I hate how little we seem to care for them, for not being a state. They’re our people.

If Trump actually suggested that, and the attempts at clarifying were an attempt to get him to toe party lines, I’m very keen on watching that play out, and see how it plays with the Republican base.

NBC reported that Tillerson called Trump a "moron" and threatened to quit; surprisingly, this was back in July. https://t.co/IPAWeJDPGo

Tl;dr—the moron comment came in July, which means if he didn’t walk away then he’s more committed to trying to stay now; the gravity of nuclear war has sunk in and he will try harder to do his job (selfishly, bc nuclear war might actually affect him!) which will bring even more pushback from drumpf who doesn’t want anyone competent doing anything competent. But srsly actually read it all, only takes a minute or two and is way more interesting than that synopsis.

Ok, there is so much more to be outraged about, and I very much am, but I swear to FUCK I don’t understand why the asshats at google, who practically control the entire fucking Internet, don’t seem to understand that you can’t hide shit like this. It fucking blows my fucking mind, the capacity of denial and hubris of apparently everyone to think they can get away with covering up facts that will only make them look worse when it all inevitably becomes public. What the entire actual fuck am I missing.

If Trump actually suggested that, and the attempts at clarifying were an attempt to get him to toe party lines, I’m very keen on watching that play out, and see how it plays with the Republican base.

I am hoping against all hope that he meant what he said the way he said it and does just that.

Senators also acknowledged that they have been unable to get traction on the Steele dossier, which contains a series of claims about Trump and Russia. The memos’ author, Christopher Steele, has not agreed to meet with investigators or the senators

Guess that ‘brick wall’ isn’t brick after all. Rachel Maddow reports exclusively that an associate of Trump dossier author Christopher Steele is open to meeting with the Senate Intelligence Committee, contrary to the committee's claims. 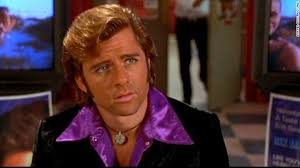 Conservative site Washington Examiner reported Moe, Larry, & Curly formed a “suicide pact”, meaning if one is fired or pushed out, all agree to quit.

That ought to go well… 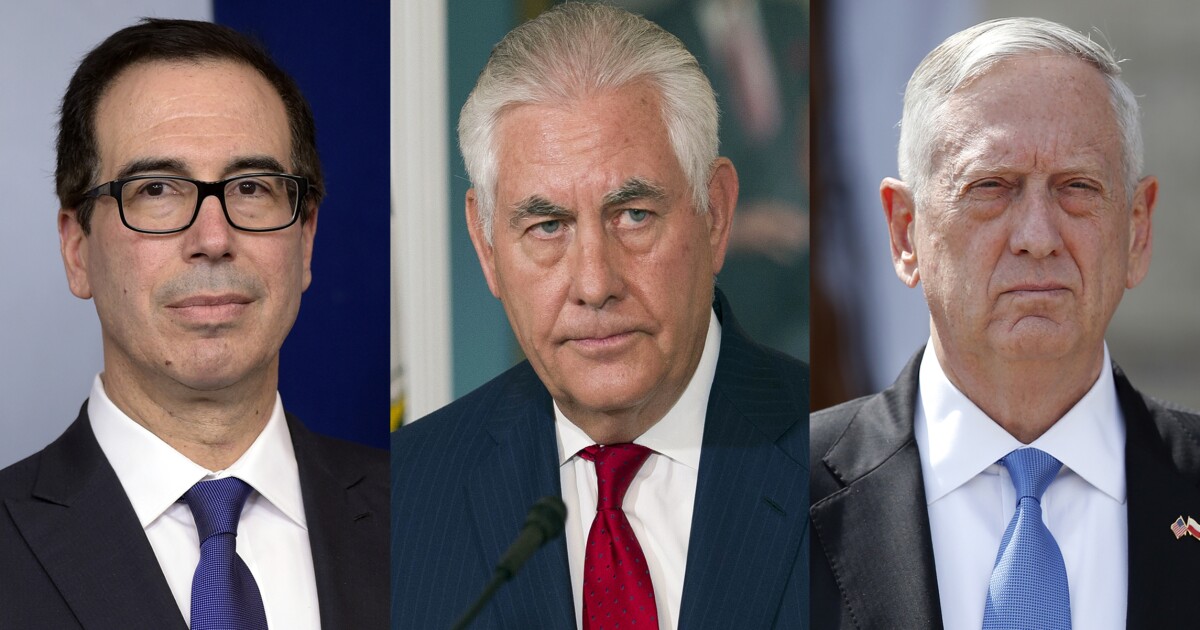 Secretary of State Rex Tillerson, Defense Secretary Jim Mattis, and Treasury Secretary Steve Mnuchin reportedly have forged a "suicide pact" in which all three members of President Trump's Cabinet would leave if one of them becomes a target of the...

She is pretty cool in general.

CNBC pulled this Trump interview about his hiring practices from the archives.

Also reminds me of this wiki entry on the decay of competency in dictatorships leading to a kakistocracy:

The person on the top of the hierarchy, wishing to remain in power forever, chooses his associates with the prime criterion of incompetence – they must not be competent enough to remove him from power. Since subordinates often mimic their leader, these associates do the same with those below them in the hierarchy, and the hierarchy is progressively filled with more and more incompetent people.

If the dictator sees that he is threatened nonetheless, he will remove those that threaten him from their positions – “purge” the hierarchy. Emptied positions in the hierarchy are normally filled with people from below – those who were less competent than their previous masters. So, over the course of time, the hierarchy becomes less and less effective. Once the dictator dies – or is removed by some external influence – what remains is a grossly ineffective hierarchy.