1/ Trump ordered the White House's top lawyer to stop Jeff Sessions from recusing himself from the Russia investigation, saying he expected his attorney general to protect him. Don McGahn lobbied Sessions to remain in charge in March 2016, but was unsuccessful. Trump reportedly erupted in anger in front of several White House officials. The previously unreported details have legal experts suggesting that there is currently a larger body of public evidence tying Trump to a possible crime of obstruction. Robert Mueller's investigation is currently investigating whether Trump obstructed justice while in office and whether there was collusion between the Trump campaign and Russia. 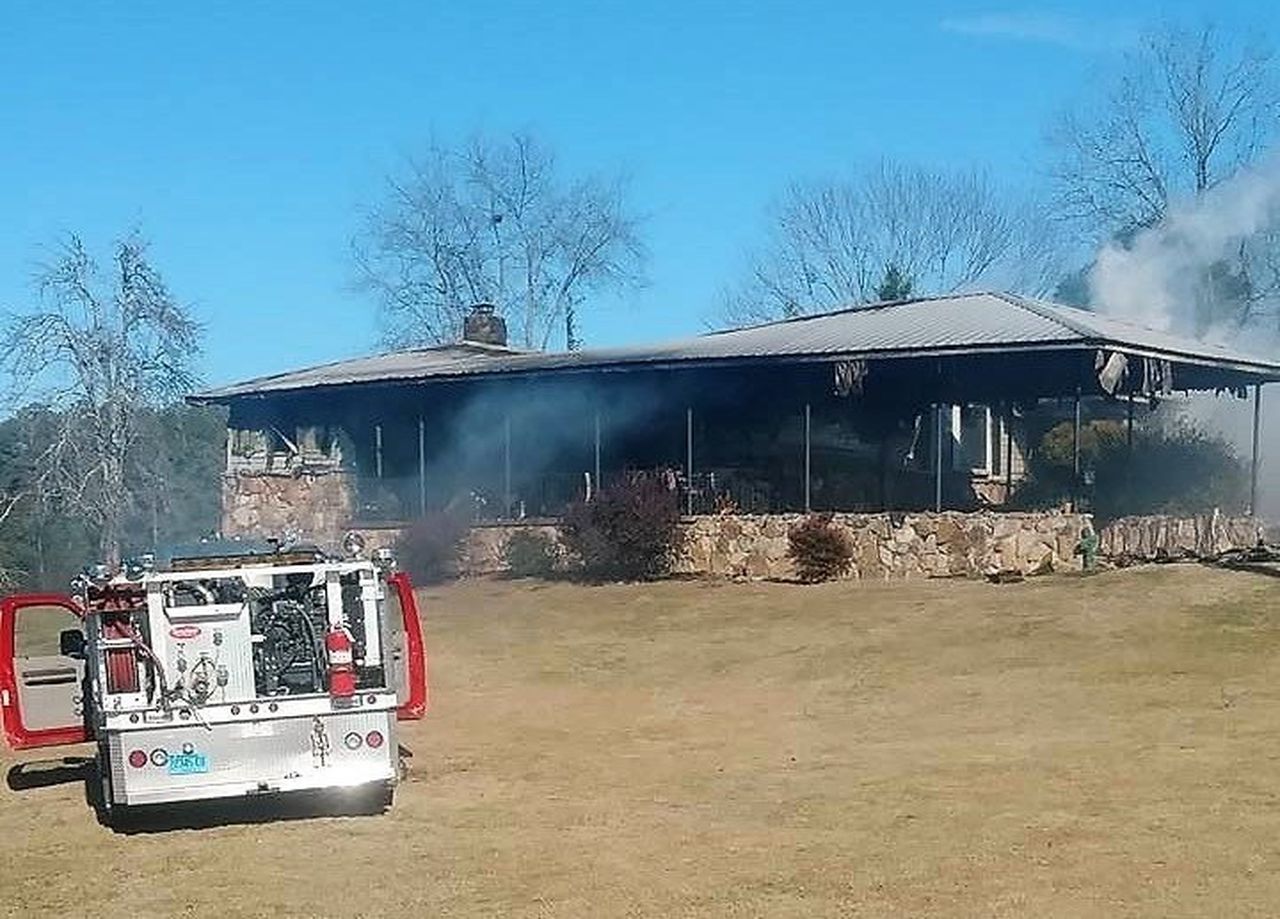 Roy Moore accuser Tina Johnson lost her home Wednesday in a fire that is now under investigation by the Etowah County Arson Task Force.

This is disgustingly disheartening to me that Sessions is allowed to breathe the same air as the rest of us. What a troll.

Comey testified on May 3rd that the Russia investigation was ongoing to the Senate Judiciary Committee.

Comey was fired on May 9th.

Lewandowski to meet with House Intel Committee next week; Bannon has been sent a letter by committee to meet with, as well.

Has Bannon testified yet? I thought I saw something on the calendar thread but I couldn’t find it again. 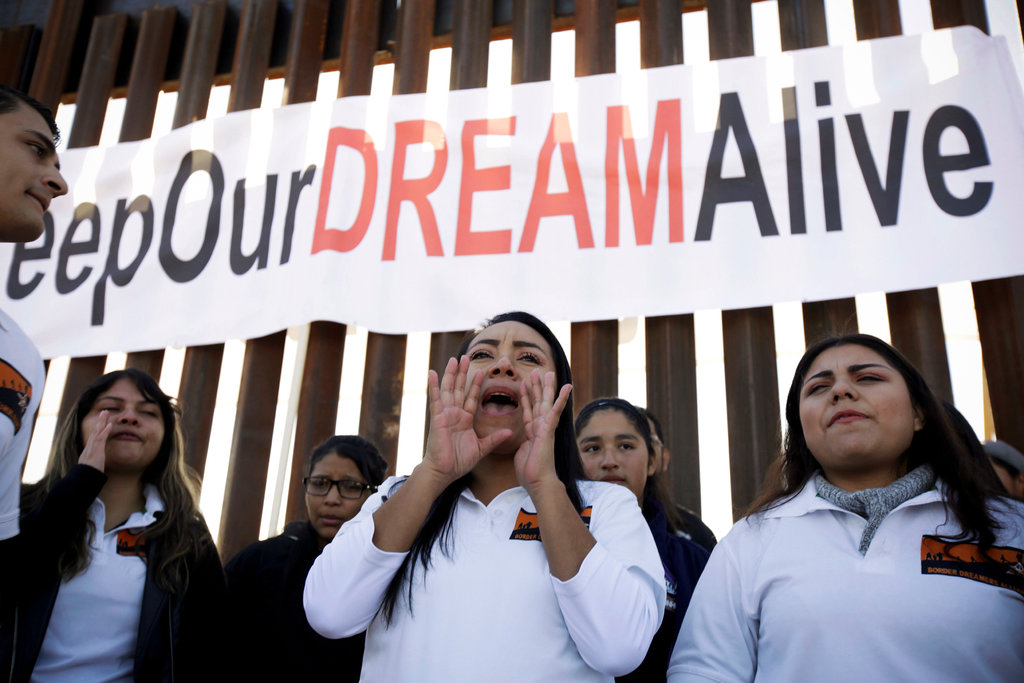 President Trump put forth an expansive list of hard-line immigration measures — including $18 billion for a border wall — in exchange for protecting young undocumented immigrants.

This for some odd reason gives me hope…knowing that the entire country, even deep Trump country is still somewhat engaged enough to even know it was released early, to the point out that sold out in many stores less than hours after opening today. 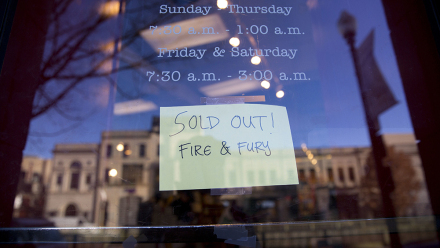 President Donald Trump’s legal threat aimed at “Fire and Fury: Inside the Trump White House” appears to have the effect of making the book an early 2018 hot-selling title. On its … 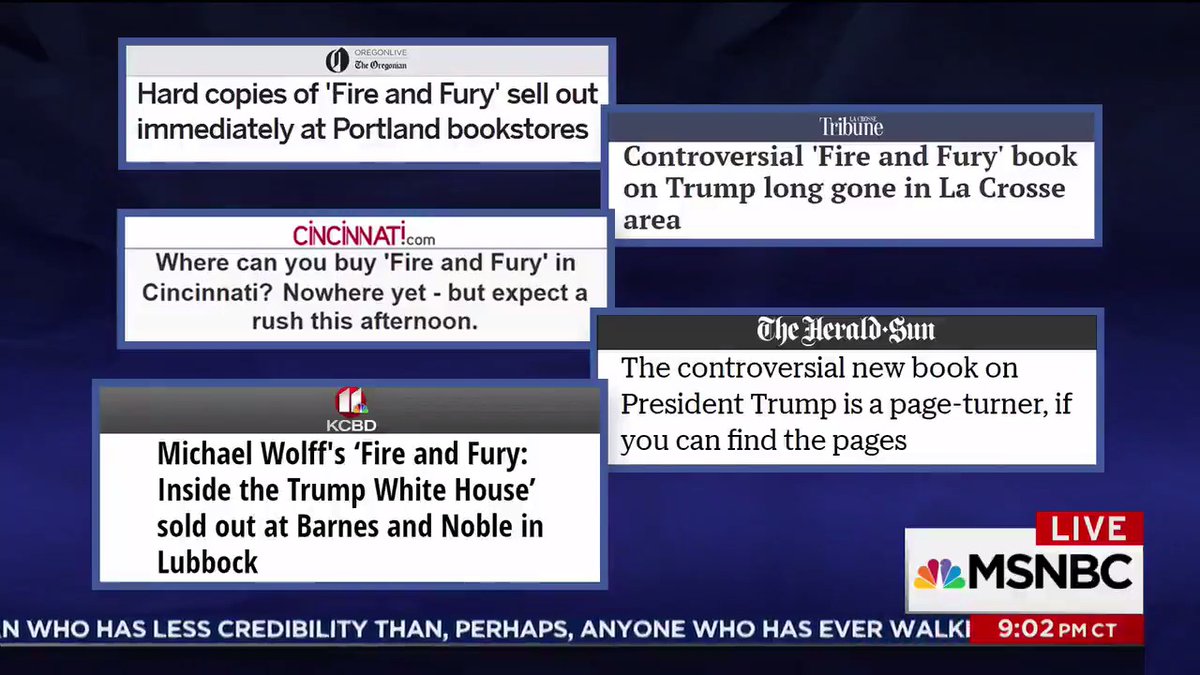 WATCH: Michael Wolff's much-anticipated new book, ‘Fire and Fury,’ is flying off the shelves — and not just in New York and D.C., but also deep in Trump country. #LastWord #FireAndFury https://t.co/DK2Y2wHTWV
2 Likes
Pet_Proletariat January 6, 2018, 6:35am #11

Wolff says he has tapes of his interviews? That’s the interesting part of this whole book story and the reason this book is so hot. What did the President know and when did he know it?

The credibility of this book is such a sideshow but it would be super great if it sows more doubt among his base. 2018 is here, it’s our time.

Tapes or not, it aligns with what we see every single day from those involved…it rings true. That’s why it’s hot.

I’m skepical. The tapes offer the credibility that this book needs to actually be actually true verses the “truthiness” of the content. Just because it feels true doesn’t mean it is true. I hope the author can back up his claims otherwise this is one big distraction.

Should emphasize that he says he has tapes…he also said that too about his Murdoch bio he did and threaten to release them if the NY Post(?) didn’t back off the stories on his personal life. They never came out, so it still a question of whether they exist. I think he has some tho, some of his quotes are too on point not to not come from a recording (ie the Ailes/Bannon dinner convo).

To the added caveat, some of Wolff’s reporting is being questioned, however Wolff does perface the entire book by saying that:

”Many of the accounts of what has happened in the Trump White House are in conflict with one another; many, in Trumpian fashion, are baldly untrue. Those conflicts, and that looseness with the truth, if not with reality itself, are an elemental thread of the book. Sometimes I have let the players offer their versions, in turn allowing the reader to judge them. In other instances I have, through a consistency in accounts and through sources I have come to trust, settled on a version of events I believe to be true.”

His intro left me wondering what was actually true and what was embellished. I started listening to the Audible version last night but I didn’t get very far after the reader started doing the voices, lol. Too distracting! I couldn’t stop laughing!

I’ll still give the print version a chance.

Every day we suffer through a stomach-churning succession of lies from this POTUS, & to some extent, those around him, so I don’t really mind the imperfections that this book surely has. I don’t see it as a “distraction” but a necessary push-back & a wake-up call to his “base” of supporters. I have no plans to buy a copy, as surely every controversial tidbit will be discussed in the coming days, but I’m glad it’s out there. I too hope the author can & does provide evidence.

On Stay Tuned with Preet Bharara Maggie Haberman they discuss the different types of sourcing Michael Wolff describes in his intro. I found it to be a really great primer before I started the book.

I started listening to the Audible version last night but I didn’t get very far after the reader started doing the voices, lol. Too distracting!

I actually enjoy that! Idk maybe because when I read I tend to do that in my head anyway. lol

This was an great episode (despite my love/hate relationship with Maggie)…she said something that intrigued me: she talked about how it seems like somewhere in the mid-90s, he just seemed to stop absorbing any new information or skills, which would make a lot of sense because that timing roughly lines with up with the height of his “stardom” (or lack of a better term).

No…Bannon hasn’t really been of high interest to the investigation (so far, at least).

Do you get the feeling that we are already involved in a civil war??