1/ U.S. intelligence agencies expect Russia to meddle in the 2018 midterm elections through hacking and social media manipulation. During testimony at the Senate Intelligence Committee's annual hearing on worldwide threats, Director of National Intelligence Dan Coats told the committee: "Frankly, the United States is under attack" and that Russia will continue to engage in cyber attacks to "degrade our democratic values and weaken our alliances." He added: "There should be no doubt that Russia perceives its past efforts as successful and views the 2018 U.S. midterm elections as a potential target for Russian influence operations." (New York Times / USA Today / NBC News)

4/ The Trump administration proposed replacing food stamps with a monthly “American Harvest Box,” full of government-picked, nonperishable foods. The proposal, buried in the White House fiscal 2019 budget, would include items like milk, peanut butter, canned fruits, and cereal. The administration claims the plan would save more than $129 billion over 10 years. (Politico)

“The projected savings does not include shipping door-to-door for all recipients,” Murtaugh said.

What doesn’t SNAP have Prime?

what does Nancy Pelosi’s 2015 tweet from Trump claiming that he would not cut Medicare and Medicaid after his budget proposed cuts to both programs.

Have to do with The SNAP Program. They are separate issues. 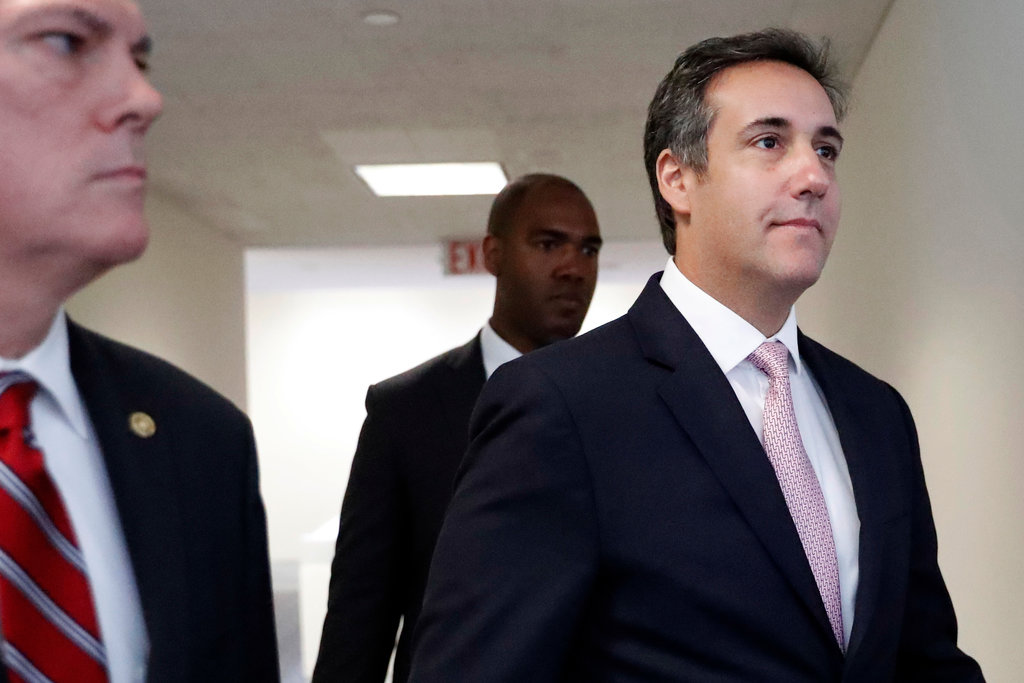 Michael D. Cohen, who worked as a counsel to the Trump Organization for more than a decade, said he was not reimbursed for the 2016 payment.

Also wondering about today’s testimonies from Dan Coats, DNI - Pompeo CIA, etc at the Senate (1) Were these two and I believe a third just visiting with heads of Russian intell, with a special visa entry despite one being sanctioned? Who doesn’t think Pompeo is a T loyalist…and bending the ‘rules’ when it comes to Russia?

From Reuters U.S. intelligence officials met with Sergey Naryshkin, the head of Russia’s foreign intelligence agency, known as the SVR.

“We periodically meet with our Russian intelligence counterparts for the same reason our predecessors did - to keep Americans safe,” Pompeo replied to Schumer in a letter made public on Thursday. There is nothing “untoward” about such meetings, Pompeo said.

“We cover very difficult subjects in which American and Russian interests do not align,” Pompeo said. “We vigorously defend America in these encounters and pull no punches - we never will.”

From what I’ve read and heard – it wouldn’t be related to the Mueller investigation really (unless Rosenstein really expands Mueller’s scope).

But, IF the money can be traced through any sort of campaign and/or political apparatus, I believe it would be a violation of campaign finance law.
(I am not a lawyer in any way, shape or form though - so this is just my understanding is, from analysis of this particular situation and related analyses over the past year.)

I thought you caught this story the other week? 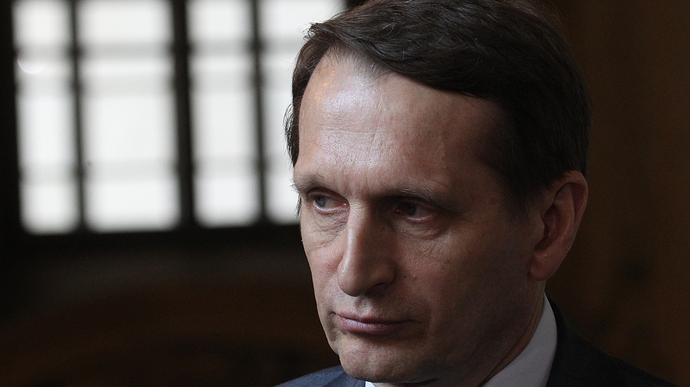 Sergey Naryshkin, who has been on a U.S. Treasury Department sanctions list since 2014, reportedly met with U.S. Director of National Intelligence Dan Coats and other U.S. intelligence officials.

That sounds right - the campaign finance laws can be applied here, and probably Mueller is only referencing this as an ‘out of bounds’ type activity.

Mostly, hearing Michael Cohen cough up that he paid it…without any other sources does not pass the smell test.

More deviousness to come I am sure

This one does not make any sense, the shipping costs of sending a heavy boxes of cans to tens of millions of people has got to be more expensive than the food in the boxes. What about the homeless?! They don’t have shipping addresses?! America has the largest economy in the world, there is no reason anyone should ever go hungry.

This appears to be normal procedure for CIA Directors to communicate with Russian counterparts. So why is it OK for Brennan to do this back in 2014 but not Pompeo https://www.usatoday.com/story/theoval/2014/04/14/obama-john-brennan-kiev-russia-ukraine-jay-carney/7705755/

It may be a somewhat normal procedure to discuss intelligence matters directly with Russians and yes, Brennan did this in 2014. The question is how the 3 Russians got over here when one was under sanctions which were not enforced. Here’s a quote from Washington Post "Current and former U.S. intelligence officials said they could not recall so many heads of Russia’s espionage and security apparatus coming to Washington at once and meeting with a top American official. They worried the Kremlin could conclude the United States is open to forgiving Russia for its actions and was not resolved to forcefully prevent future meddling. " Pompeo’s loyalist stance w/ T is also a bit of a red flag, defending T at all costs, and one might wonder if the Russian meddling could get a pass like this. From a Conservative perspective, the need for combined intell for counter-intelligence would seem like a good idea. However, one wonders who is playing who? https://www.washingtonpost.com/world/national-security/russian-spy-chiefs-met-in-washington-with-cia-director-to-discuss-counterterrorism/2018/01/31/0b761976-068b-11e8-94e8-e8b8600ade23_story.html?utm_term=.f028708bd655

The question is how the 3 Russians got over here when one was under sanctions which were not enforced.

our government invites these Russian Spies for discussions then who is to say if a sanctions was not enforced.

Sanction has two nearly opposite meanings: to sanction can be to approve of something, but it can also mean to punish, or speak harshly to. Likewise, a sanction can be a punishment or approval.

As for Russian meddling getting a pass - looks like that already occurred. 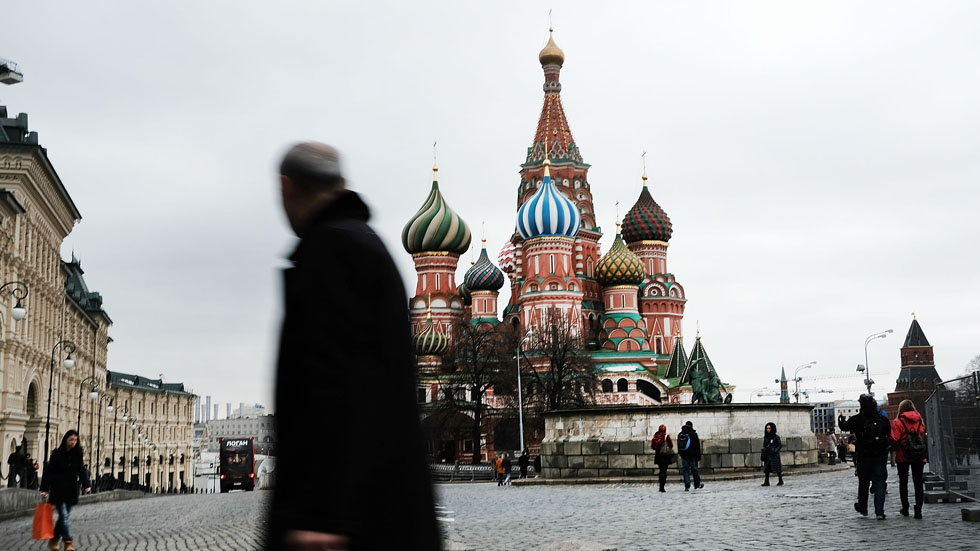 Before the Obama administration approved a controversial deal in 2010 giving Moscow control of a large swath of American uranium, the FBI had gathered substantial evidence that Russian nuclear industry officials were engaged in bribery, kickbacks,...

Yes, our government, and the CIA did give permission, to provide a work visa to one or all three of the Russian visitors.

And cumulatively, the Russians are caught with bribes, (as you mention in 2010) but now, they are invading our voter rolls, but as far as we know not altering them. Whatever we deem a greater crime, not sure how we proceed as a nation, with Russian alliances. Obviously they are manipulating and dispersing our data and we are ok with it, despite the sanctions Congress voted on and T is not implementing.

Since this 2017 meeting was discovered via Russian sources, and others as well, there is a pattern with our government to hide whatever it is they are doing. This sends up more red flags and undermines any rules Congress may try to impose because of potential CIA’s/T’s complicity.

Obama closing their embassies, in NY and DC area, and exiting 100 Russian personnel is punishing to the Russians. T keeping the idea open that these may open again is not punishing at all.

Just because the CIA invited some spy’s to gain information does not mean that T is not implementing sanctions.
One thing to keep in mind T is not a career politician and has a huge learning curve. He is informed by his staff as to what is legal and what is not.

We the public may not know the reason CIA had that meeting . The CIA has a job to do. They are doing their job the way they seam fit. Hopefully it is ethically and above board. So far it appears that may not be the case for the FBI. Time will tell if the Russians are playing them.

Obviously they are manipulating and dispersing our data. Where / How / what data/ to whom are they dispersing it to?

Yes there is a pattern that our government does hide what they are doing. Even our past administrations did that. 13 things the government is trying to hide from you | Salon.com
There are no laws of them informing us of their every move.

If you wanted to stay away from a particular person that you did not like would you tell that person “I will be avoiding you because I don’t like you” Probably Not. Or If you came up with the next greatest invention would you announce it to the world what that invention was “before you went to get and received a patent”. If you are in a chess tournament - would you tell your opponent your next move? Do you really want your competition to know your every move?

Why do you jump to the conclusion that there is potential CIA’s/T’s complicity they “undermines any rules Congress may try to impose”.

@Anna check yourself–drumpf has actually stated that he will not impose sanctions, which is kinda against the law.

One thing to keep in mind T is not a career politician and has a huge learning curve.

You are in the wrong forum with this crap.

Re-read the first line of your link’s page. The Trump administration said on Monday it would not immediately impose additional sanctions on Russia.

Immediately impose additional sanctions is not the same as “HE WILL NOT IMPOSE SANCTIONS”.

lol consider yourself on warning friend, I will not engage with this kind of fuckery. If you have nothing better to contribute, stay silent or go off and find a drumpf apologist echo chamber.

y’all are on the same team. let’s stay focused on the things that matter.

One thing to keep in mind T is not a career politician and has a huge learning curve. He is informed by his staff as to what is legal and what is not.

The “I’m new here” excuse isn’t appropriate for anybody who has a job, but specifically if you’re the president. Trump is responsible and accountable for the people he’s surrounded himself with. Period. Hiring assfarts to counsel you on decisions just makes you an assfart.

Immediately impose additional sanctions is not the same as “HE WILL NOT IMPOSE SANCTIONS”.

Litigating the nuance of intent is pretty

The facts are: Trump reluctantly signed the bill Congress nearly unanimously passed last year requiring him to implement sanction. He decided not to impose the sanctions because “the mere threat of sanctions will deter Russia’s aggressive behavior.” What about that setup sounds like the administration is making a good faith effort to enforce law or protect the country? It’s not the assfarts fault.

If you have nothing better to contribute, stay silent or go off and find a drumpf apologist echo chamber.

Let’s walk this back

No prob, sorry about that, been on high troll alert and way too sensitive.