1/ Trump's outside advisers told him he doesn't need a chief of staff or a communications director. While John Kelly has tried to bring order to the policymaking process, Trump has grown frustrated by the long-established West Wing management structure, because it doesn't fit his freewheeling style. Following Hope Hicks' departure, Trump has been open to rethinking the traditional communications director role. He'd like Kellyanne Conway to assume the role. (CNN)

What’s with the insider, Jason Foster, chief investigative counsel to the Senate Judiciary Committee who blogs about how the FBI is colluding w/ Mueller’s investigation, and always stirring up reasons to investigate Clinton? Pure partisan politics embedded within the committee to investigate these matters.

Foster has been serving under Senator Charles Grassley R-Iowa on the Senate Judiciary Committee.

He’s just another like Rep Nunes who carries water for T.

ProPublica discusses A Partisan Combatant, a Remorseful Blogger: The Senate Staffer Behind the Attack on the Trump-Russia Investigation — ProPublica

Thank you! It’s finding articles like this that make WTFJHT my first click in the morning. I would never have known about Foster if you hadn’t provided this link – it points to a well-researched and thoughtful piece. And BTW, Foster’s actions are yet another reason the Republicans should be ashamed of what they’re doing. Our country is under attack and they are harboring the enemy.

Our country is under attack and they are harboring the enemy

Yes, this is way more than a 5 alarm fire going on with this country…the insiders all have matches ready to torch the truth, divert our eyes etc.

I am alarmed by all of it, like all of us …so keep my eye out for this crap. Thx for the thumbs up!

2/ EPA Administrator Scott Pruitt lived in a condo tied to an energy industry lobbyist. The townhouse near the U.S. Capitol is co-owned by J. Steven Hart, who wouldn’t say how much Pruitt paid to live there. Hart’s firm has lobbied on “issues related to the export of liquefied natural gas.” During a December 2017 trip to Morocco, Pruitt pitched “the potential benefit of liquefied natural gas (LNG) imports on Morocco’s economy.” (ABC News)

Is there anyone in this administration who isn’t on the take?

This visual artist is not having it in DC…

Maybe my comments on Amazon were not as off-topic as everybody thought. This story is all over the place, but here are two of the more well-known sources. I’ll admit, at the time, I wasn’t focusing on Trump so much as Jeff Bezos, but at least you now have some perspective on the company and it’s CEO. (add to these two, WP, CNBC, CNN, WSJ, BBC, The Atlantic, Forbes and the list keeps going. Plus, Sarah Huckabee Sanders even addressed it at today’s press briefing). What a difference a day [or two] makes! 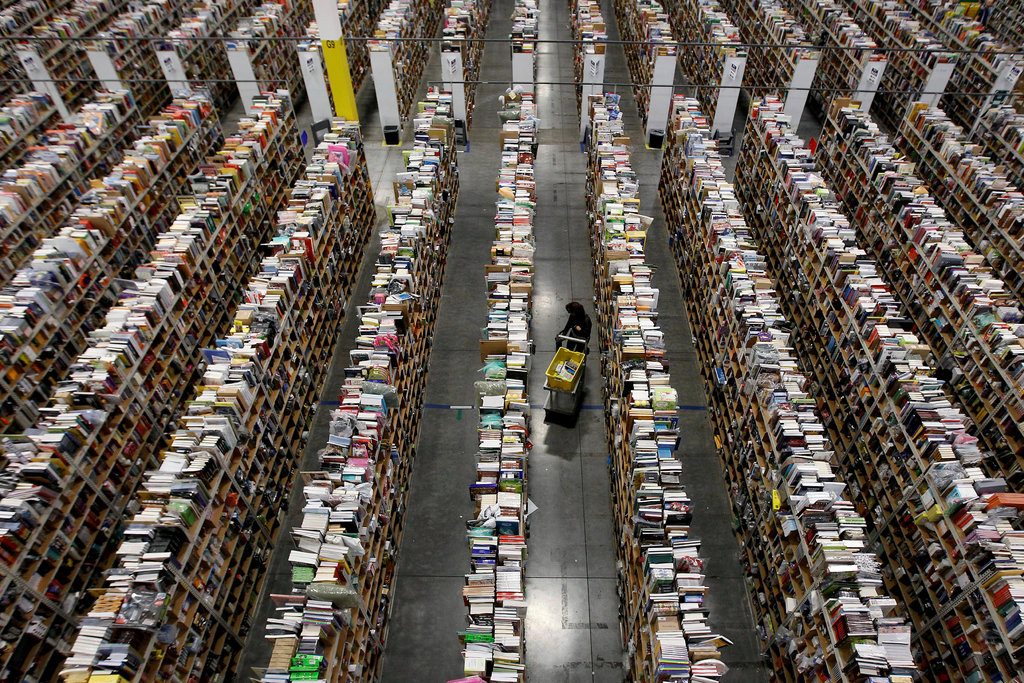 Trump Attacks Amazon, Saying It Does Not Pay Enough Taxes

The president’s commentary, made in a Twitter post, comes amid reports that Mr. Trump has expressed an interest in reining in the e-commerce business. 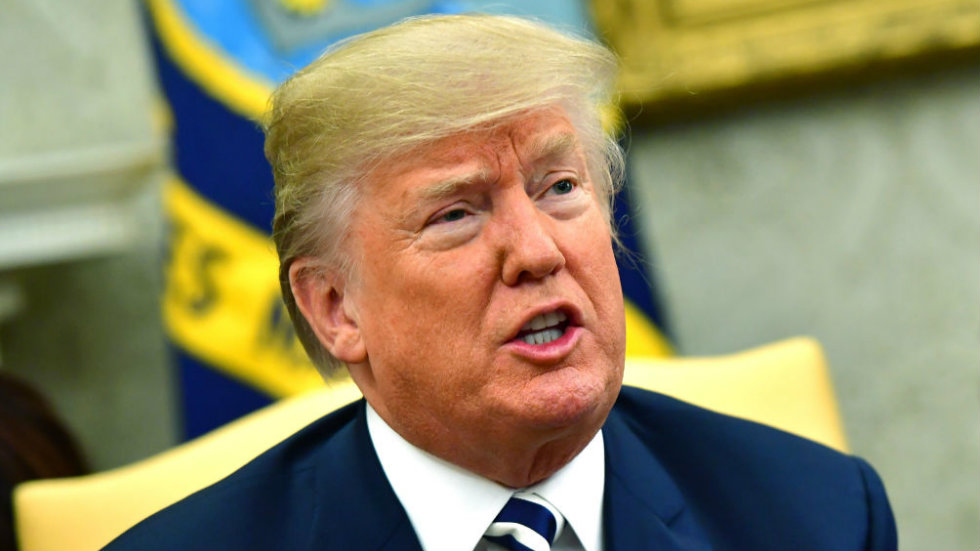 President Trump publicly criticized Amazon in a tweet on Thursday, citing his concerns with how the online retailer pays its taxes.

Is there anyone in this administration who isn’t on the take?

There are probably quite a few who have left the WH who are still on the take! (Speculation).

Maybe my comments on Amazon were not as off-topic as everybody thought.

I’m trying to make sense of your point of view, but let me get this straight: Your comment about Amazon three days ago stemmed from a story about the US closing the Russian consulate in Seattle, which one user pointed out as being near the second-largest nuclear weapon storehouse in the US. Somebody then asked if the facility has enough space to store the weapons. And you said: “Maybe that’s part of Amazon’s motivation to open a second headquarters … Distancing themselves from any threats in Seattle could be a reason.” Which then turned into a long, off-topic update about Amazon’s motivations as a company. But somehow an entirely unrelated story where Trump tweets about Amazon’s taxes is validation that an unrelated thread about Amazon opening a second HQ because they’re geographically near a nuclear facility was and is on topic?

What am I missing here?

Amy, you somehow misquoted me…that was Keaton James’ remark that you attributed to me.

Don’t worry I took care of it.

To expand on my simplified knee-jerk response, I mean… no. There really isn’t. Trump appoints people he feels like he owns and can control, whether or not that’s true. What you end up with is some people who aren’t just grudgingly doing the terrible things he says but actively want to because of their own business interests (Pruitt), some people who get appointed and for better or worse say “holy shit this job is important and I better actually make an honest attempt at doing it or the world will end” (Tillerson), and some people who are just too fucking stupid to do the job at all (Carson).

I was never in love with Tillerson, but even if I didn’t agree with his every action, I feel like he genuinely took his role seriously and tried do the best he could to do his job properly. I never thought I’d miss having someone like Tillerson in the administration or be sad to see him go, but I guess it’s just a crazy, mixed-up world we live in now.

Trump’s opposition to Amazon represents a clear conflict of interest. Trump has made the case that Amazon harms brick and mortar retailers because it has an unfair advantage over them - namely, its customers are able to avoid paying sales tax. Let’s set aside for a minute whether we agree or disagree with his argument – the fact is, that Trump should recuse himself from this debate because he has a vested interest in the outcome. Many of his properties derive income by leasing space to brick and mortar retailers – the better they do, the better his properties do. Hence, it’s a conflict of interest when he tries to remove a competitive advantage that he himself argues Amazon has over brick and mortar retailers. 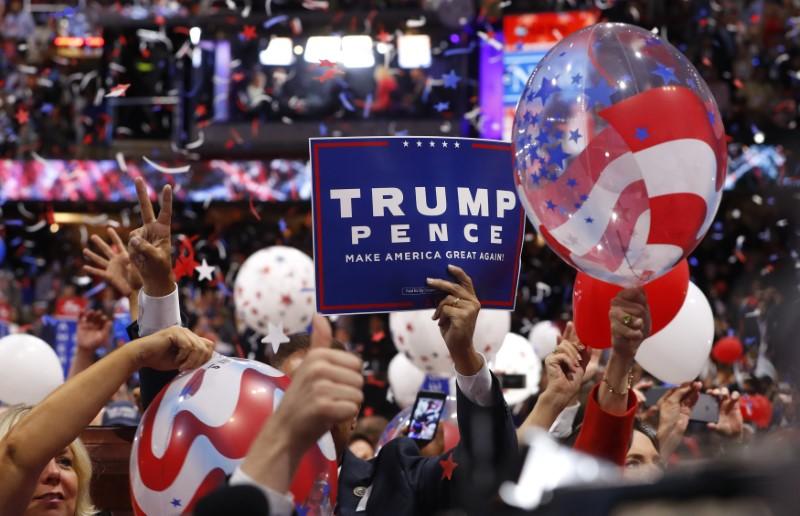 Investigators probing whether Donald Trump's presidential campaign colluded with Russia have been questioning witnesses about events at the 2016 Republican National Convention, according to two sources familiar with Special Counsel Robert Mueller's...

UPDATE: The story about how the GOP platform was revised with language favorable to Russia originally hit the news shortly after the convention – now it’s cropped up again and is under Mueller’s microscope. Why now? The answer may lie with Konstantin Kilimnik, Russian intelligence officer and long time business partner of Paul Manafort. Kilimnik made headlines this week because it was discovered he was “Person A” in Mueller’s sentencing memorandum for Van der Zwaan. The Reuter’s article I’ve linked to above doesn’t mention Kilimnik, but it turns out he does figure into the story. He traveled to the U.S. a couple times during the campaign to meet with Manafort and Gates and as a Politico article reported last year:

… when Kilimnik returned to Ukraine … , he suggested to Kiev political operatives that he played a role in a move by Trump’s representatives to dilute a proposed amendment to the GOP platform calling for the U.S. to provide “lethal defensive weapons” for Ukraine to defend itself against Russian incursion.

(Many thanks to dragonfly9 who steered me to the Politico piece about Kilimnik – it’s an amazing read.)

Well-said, celena…I totally agree with your assessment on the types of people who work for trump.

And Keaton, trump is submerged in conflicts of interest…we may care but he sure doesn’t.

Amazon announced it was looking for a second headquarters site several months ago, I don’t think it’s related to the storage of weapons at the Trident nuclear submarine base but I can’t read the executives minds at Amazon. I have never seen a statement from Amazon on why they need a second headquarters. I don’t know of a publicly traded company that has 2 headquarters, how do you have 2 headquarters? I can see them wanting to have some decision making authority closer to the East Coast where most of their market is located, having worked for a west coast based company, I know that’s not an old issue.

Bezos owning the Washington Post is a natural burr in the saddle for Trump, he doesn’t like the WAPO, which has an investigative bent that exposes Trump’s “alternative facts”.

The same complaint is made about Wal-Mart in small towns.

Amazon announced it was looking for a second headquarters site several months ago, I don’t think it’s related to the storage of weapons at the Trident nuclear submarine base but I can’t read the executives minds at Amazon. I have never seen a statement from Amazon on why they need a second headquarters. I don’t know of a publicly traded company that has 2 headquarters, how do you have 2 headquarters? I can see them wanting to have some decision making authority closer to the East Coast where most of their market is located, having worked for a west coast based company, I know that’s not an old issue.

Off topic and unrelated. Let’s please move on…

Bezos owning the Washington Post is a natural burr in the saddle for Trump, he doesn’t like the WAPO, which has an investigative bent that exposes Trump’s “alternative facts”.

Interesting point! Wonder if that has something to do with the latest Trump tweets about Amazon. I mean, there were those Trump tweets last year about the “Amazon Washington Post”

If it’s off topic delete it if you want to.