1/ Michael Cohen's business partner agreed to cooperate with the government as a potential witness as part of a plea deal. Evgeny Freidman is a Russian immigrant known as the Taxi King, and he specifically agreed to assist government prosecutors in state or federal investigations, according to a person briefed on the matter. Freidman's cooperation is seen as potential leverage to pressure Cohen into working with Mueller's team on the investigation into Russian interference in the 2016 elections. (New York Times)

BTW… is the forum where we post potential news stories for WTFJHT?

Donald Trump’s personal lawyer, Michael Cohen, received a secret payment of at least $400,000 (£300,000) to fix talks between the Ukrainian president and President Trump, according to sources in Kiev close to those involved. 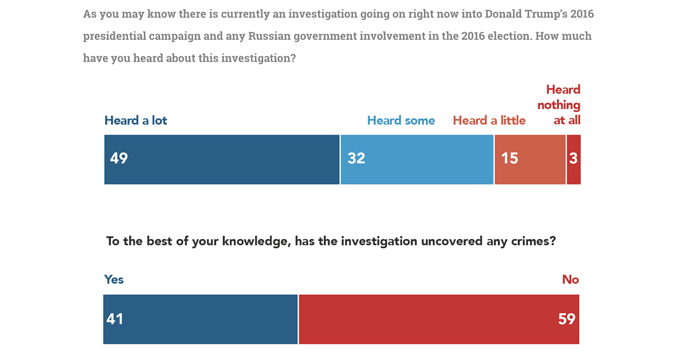 59% of Americans don’t think the Mueller investigation has uncovered any crimes.

Also, @matt aren’t you supposed to be on vacation? Get outta here. 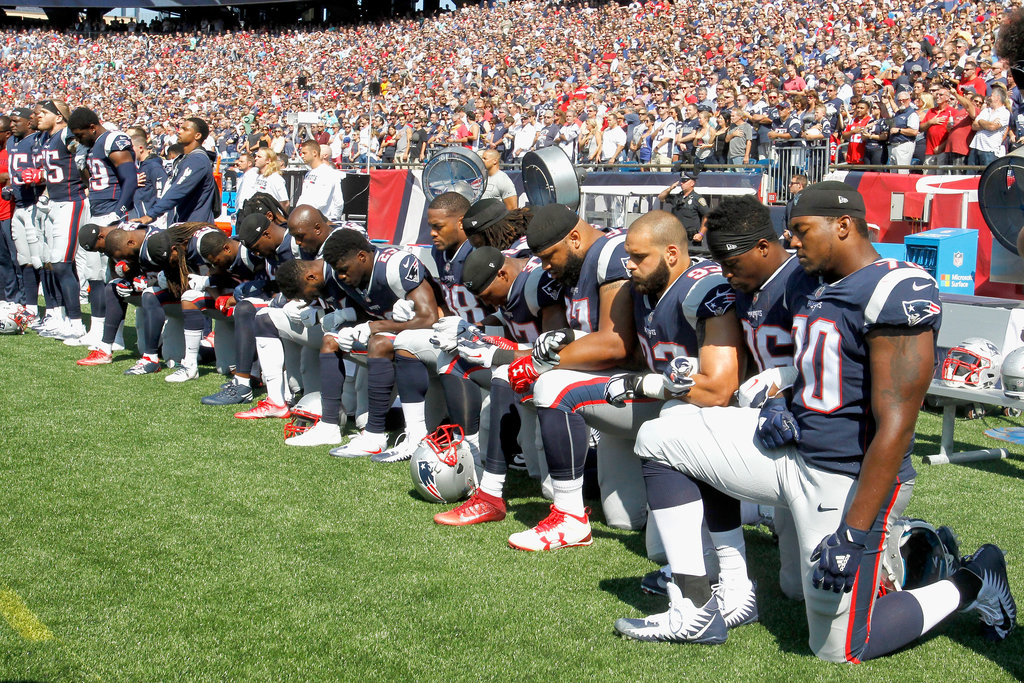 Owners voted to fine teams if their players do not stand during the national anthem, though players will be allowed to stay in the locker room if they choose.

Here are some of the other stories I’m keeping my eye on: 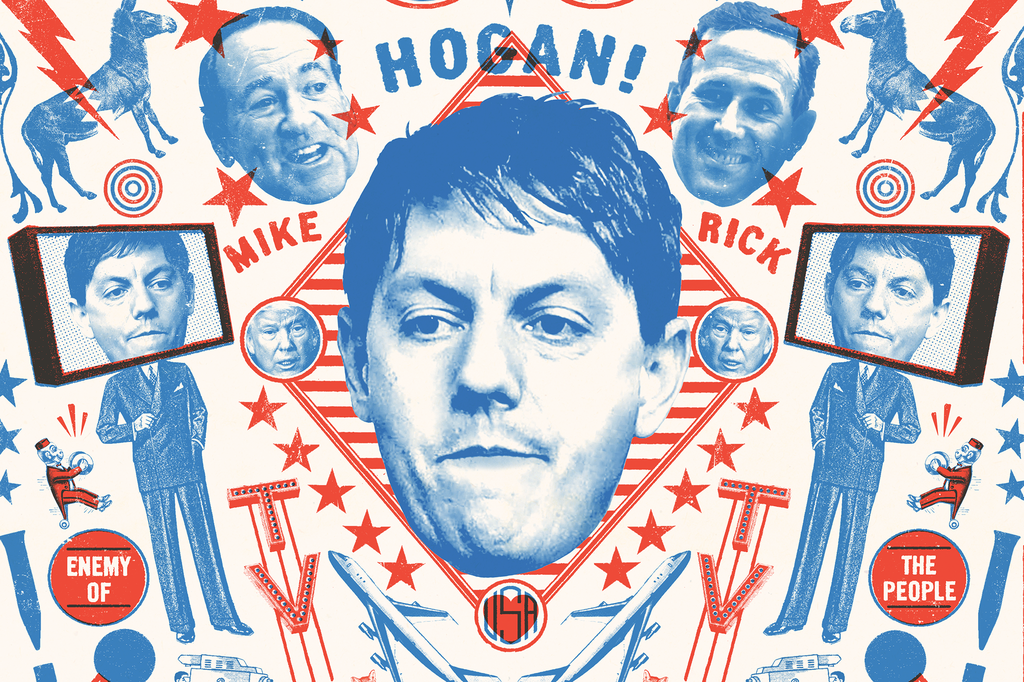 The Risky Business of Speaking for President Trump

Flacks in this White House press office are getting enormous exposure — but potentially at a long-term cost to their credibility. 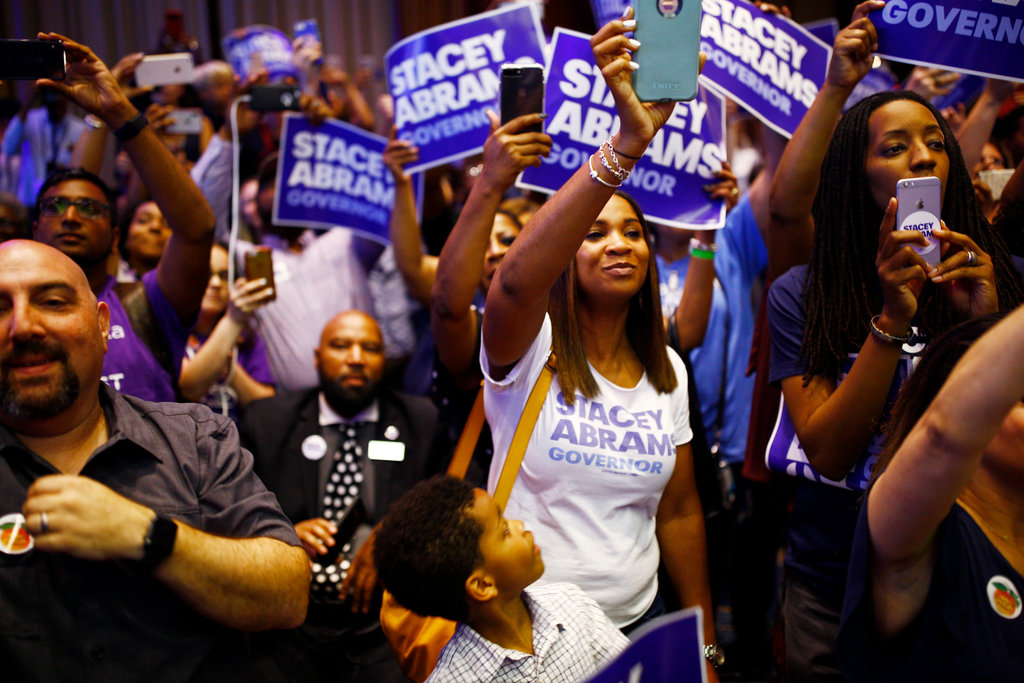 A viral video star propelled herself to victory. A teacher unseated an establishment candidate. And Stacey Abrams won a commanding victory.

Though there may not be a link, the case recalls incidents affecting diplomats in Cuba. 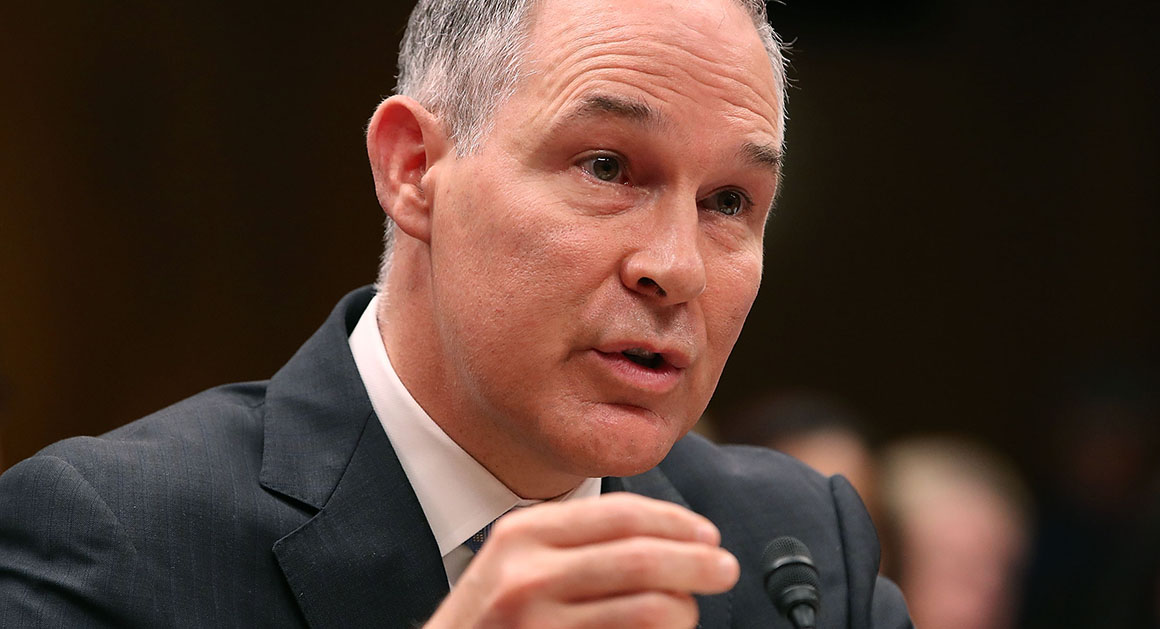 The agency at the first day of the event on Tuesday allowed a select group of reporters to cover the first hour of introductory remarks. 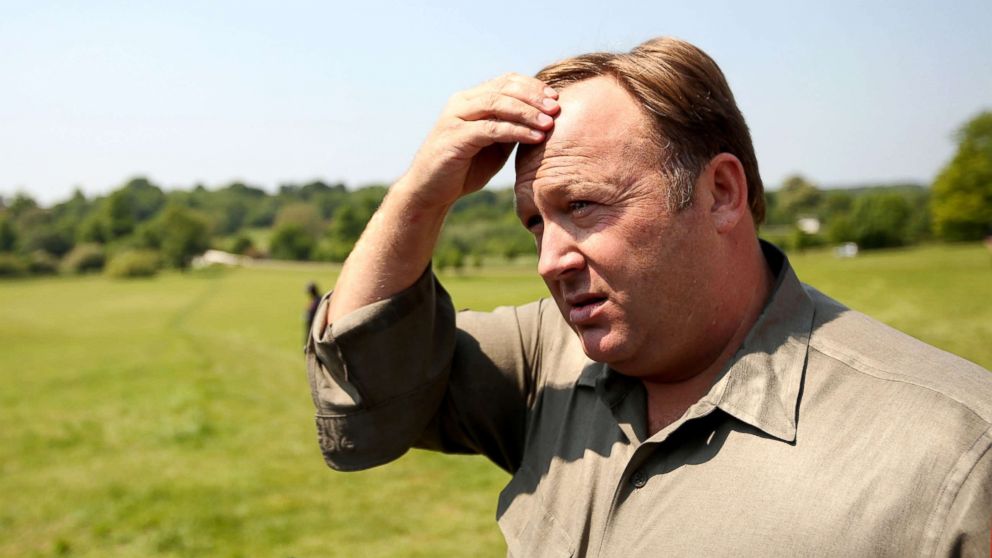 What stories are you noticing? Let me know using the WTF Community forums.

I can’t stop laughing at this:

President Trump: "Your vote in 2018 is every bit as important as your vote in 2016. Although I'm not sure I really believe that...I don't know who the hell wrote that line." https://t.co/OKfKoJFLIr

Get out the vote… I guess?

RE: No Dems allowed in the DOJ meeting on Thursday to discuss what R’s and mostly T are referring to ‘Spygate.’ Reactions from legal pundits and CNN reporters and what is clear partisan party positioning.

Rep. Joaquin Castro, a Democratic member of the House Intelligence Committee, told me he approached Chairman Devin Nunes on the floor and told him Dems wanted to attend the DOJ briefing on the FBI source. Nunes’ response: “I’m not going to play that game.”

Rep. Joaquin Castro, a Democratic member of the House Intelligence Committee, told me he approached Chairman Devin Nunes on the floor and told him Dems wanted to attend the DOJ briefing on the FBI source. Nunes’ response: “I’m not going to play that game.”

Fixing any electoral voting machines will cost upwards of $500 million, per Axios, but $380 million has been allocated bearing in mind the states that have to fully replace their voting machines.

14 states have requested funding for election security upgrades from the $380 million pool that Congress set aside in March, according to the Election Assistance Commission Chairman Tom Hicks. Hicks expects at least 20 to request by next week and about 40 to request by mid-June.

What it means: Although a fraction of states have applied to receive funds, it doesn’t mean the others won’t be applying for funding as well. “The money is available to all the states. They don’t need to apply prior to using it,” a spokesperson for the Committee on House Administration Democrats tells Axios. While some requests have funneled in, $380 million is not enough to upgrade security in elections entirely in each state.

The funding requested by the first 11 states to request, per a document obtained by Axios:

One big problem: The cost of upgrading a portion of election infrastructure, direct recording electronic machines (DREs) would be about $500 million if not more, Larry Norden, deputy director of the Brennan Center’s Democracy Program, tells Axios. The President of Verified Voting, Marian Schneider, adds “it’s not enough for the states who need to replace their voting machines.”

Context: $380 million is a much lower number than what lawmakers wanted. The Election Security Act, for example, proposed $1 billion in grants for updating election systems, and congress set aside $4 billion in 2002.

How the funds fall short: It’s about how it’s divvied up.

The result: Several states with security gaps will only be able to meet a fraction of the updates they need to fully bolster their security, the Brennan Center estimates.

The takeaway: “The current allocation…is going to have to be supplemented with other funding resources, either from the federal government or local government,” Schneider says.

Editor’s note: This has been updated to reflect the growing list of states that have requested from 11 to 14. 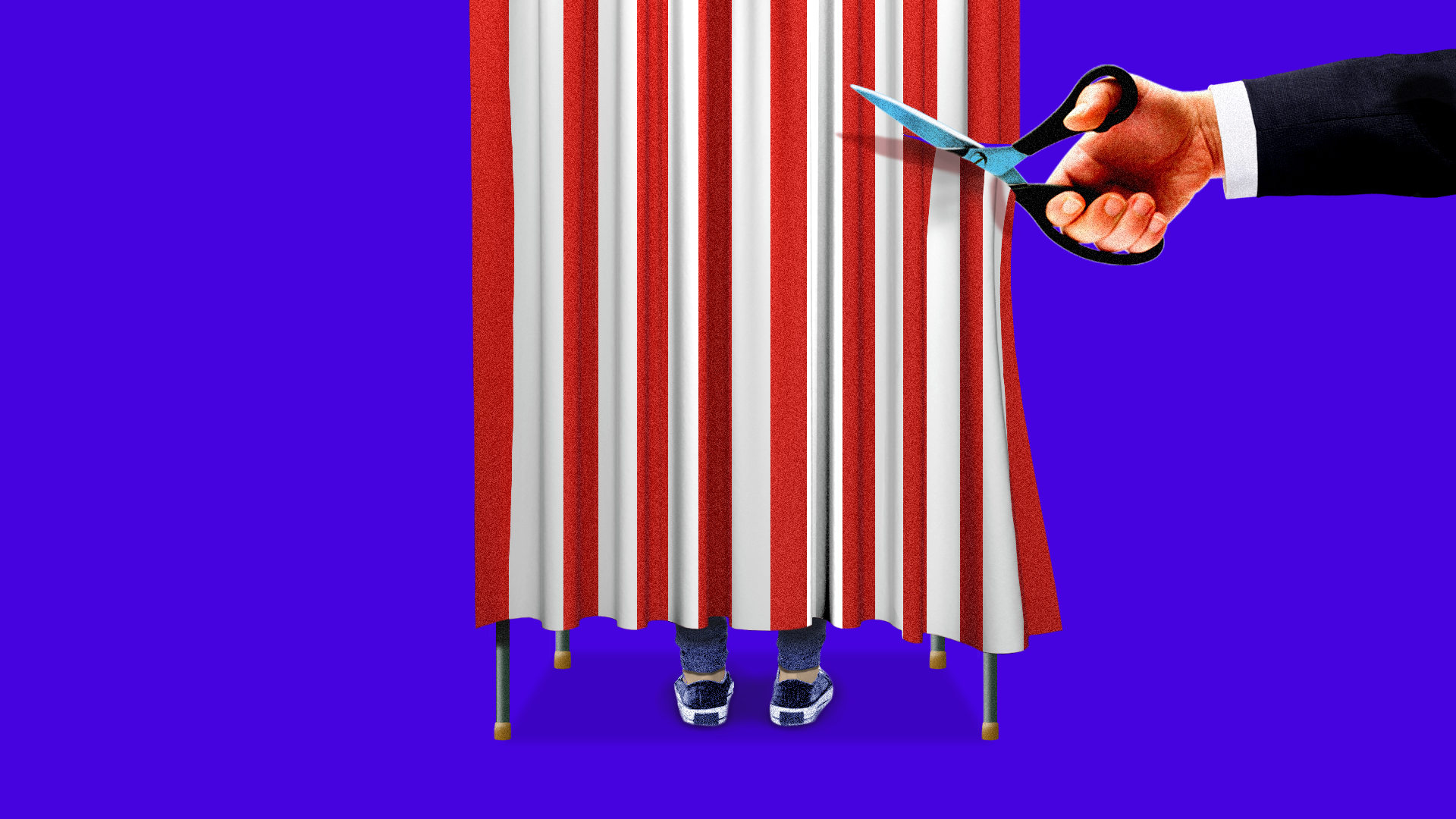 Congress allocated $380 million for upgrades. It's not enough.

Guliani is stepping right into it…stating that whatever was received from foreign governments should be considered a ‘gift,’ and nothing to attack. Legal pundits are having a field day with Rudy’s outlandishness. Calling it the “Howdy Rudy” show, and saying he’s lost all his legal chops.(See John Flannery - special counsel who worked w/ Guiliani. “All those years in politics, he’s making political arguments.” on MSNBC - Ari Melber Show) 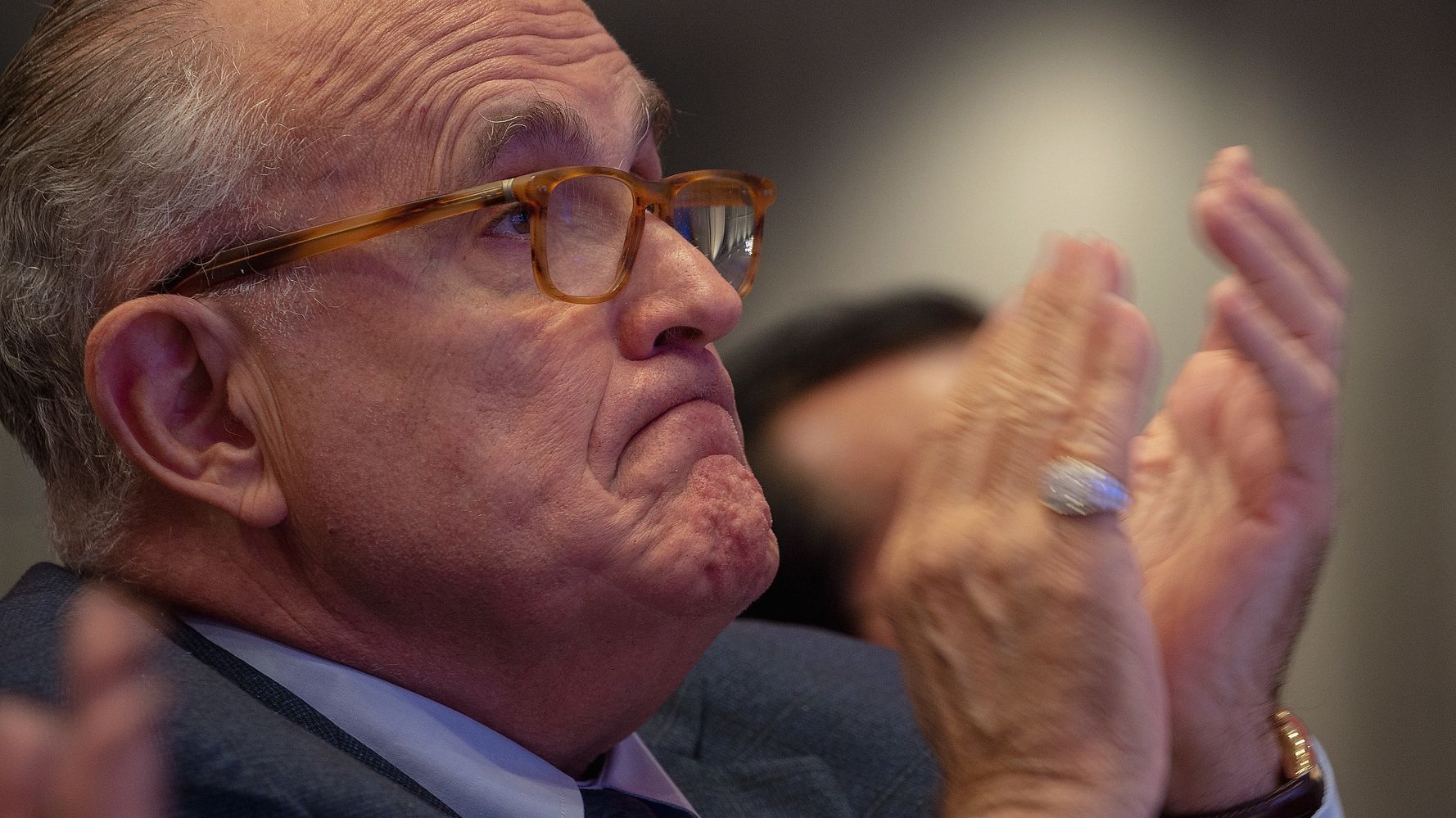 Giuliani’s New Stance On Russian Collusion: So What? It’s Not Illegal.

“It was sort of like a gift," Giuliani said of the Clinton campaign material stolen by Russia. "And you’re not involved in the illegality of getting it.”

Jared Kushner received his security clearance after a year of background checks conducted by the FBI. (New York Times / CNN)

Does anyone else find this as disheartening as I do? Wow. I was sure the FBI was getting ready to throw down some indictments or at least some subpoenas on Kushner. But now this hardly seems likely in light of the FBI granting him a security clearance. As the NYT article states:

The resolution of his clearances does not guarantee that Mr. Kushner faces no legal jeopardy. But Mark S. Zaid, a veteran Washington lawyer who handles security clearances, said it was highly unlikely that the special counsel would uncover evidence of improper foreign entanglements and not flag it for security officials.

“If I were Jared Kushner, I’d be sighing a breath of relief today,” Mr. Zaid said.

Does anybody out there have another perspective on this?

I agree…was not prepared to think he would be redeemed, with all the devious re-doing of paperwork. It could be a white wash that WH is fashioning…Kushner has been super coached by Abbe Lowell, his lawyer so he could give plausible answers.

@tedlieu
.@FBI does not grant or adjudicate security clearances. Decision to give Jared Kushner a clearance was made solely by the White House.

There still should be some indictable areas though, and the lawyer who said that, maybe more partisan in responding.

T 'n Co are waging an all out defensive strategy to make it appear that there was absolutely NO areas that they are culpable for. In fact, they construe that if Mueller and DOJ weren’t so politically motivated…(#witchhunt. & #spygate) this would all disappear.

I would say that Kushner’s legal and PR team are working triple time, AND T would want him get those clearances.

We are still in wait-and-see mode.

FBI agents armed with a court order have seized control of a key server in the Kremlin’s global botnet of 500,000 hacked routers, The Daily Beast has learned. The move positions the bureau to build a comprehensive list of victims of the attack, and short-circuits Moscow’s ability to reinfect its targets.

The FBI counter-operation goes after “VPN Filter,” a piece of sophisticated malware linked to the same Russian hacking group, known as Fancy Bear, that breached the Democratic National Committee and the Hillary Clinton campaign during the 2016 election. On Wednesday security researchers at Cisco and Symantec separately provided new details on the malware, which has turned up in 54 countries including the United States. 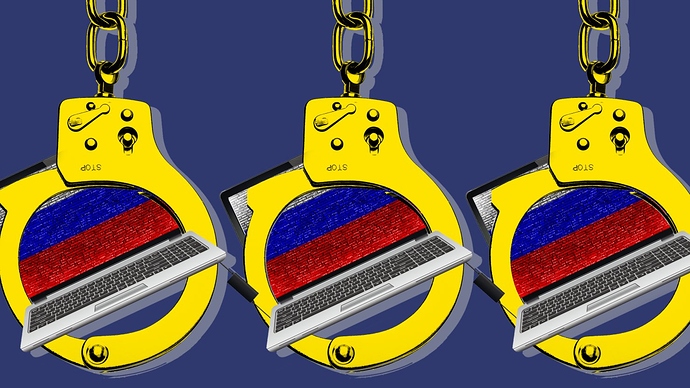 The FBI operation targets a piece of sophisticated malware linked to the same Russian hacking group that hit the Democratic National Committee in 2016.

What Mueller’s Investigation Could Mean for President Trump

The special counsel, Robert S. Mueller III, will likely reach one of two conclusions about the president: Either there is evidence that he broke the law, or there is not. Mike Schmidt, a New York Times reporter, explains the possible outcomes.

Great dissection of the ‘what if’s’ - and did not know that if Mueller requests an indictment of T then a report is automatically generated…but goes to McConnell/Ryan…but hopefully after midterms to Pelosi and Schumer.

This looks like a clip from a new Showtime series the NYT is doing on the first 1000 Days…starts Sunday 25th.

Yes, Michael Schmidt has been the one who breaks so many stories in this admin. Very clear-eyed and one to watch.

@dragonfly9 Thanks – an insightful analysis – you helped lower my anxiety level a few points – I’ve been able to stop breathing into a paper bag.

This looks like a clip from a new Showtime series the NYT is doing on the first 1000 Days…starts Sunday 25th.

I don’t know about it being Showtime thing, the NYTimes whole YouTube channel is just really well produced mini documentaries. Highly recommended, I check out their videos almost every evening. 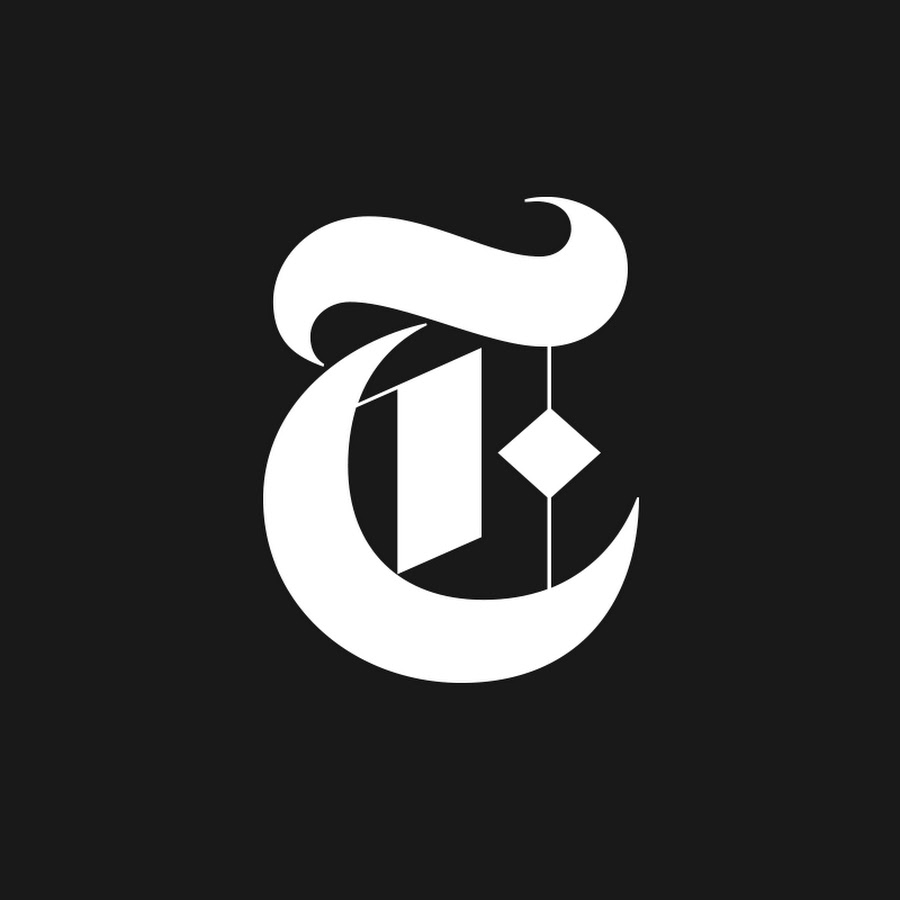 The New York Times is the most powerful engine for independent, boots-on-the-ground and deeply reported journalism. We set the standard for the most ambitiou...

I got the name wrong…it is called The Fourth Estate, and does cover all things T. Very similar to The Circus. And May 27th is start date…(glad I fact checked) 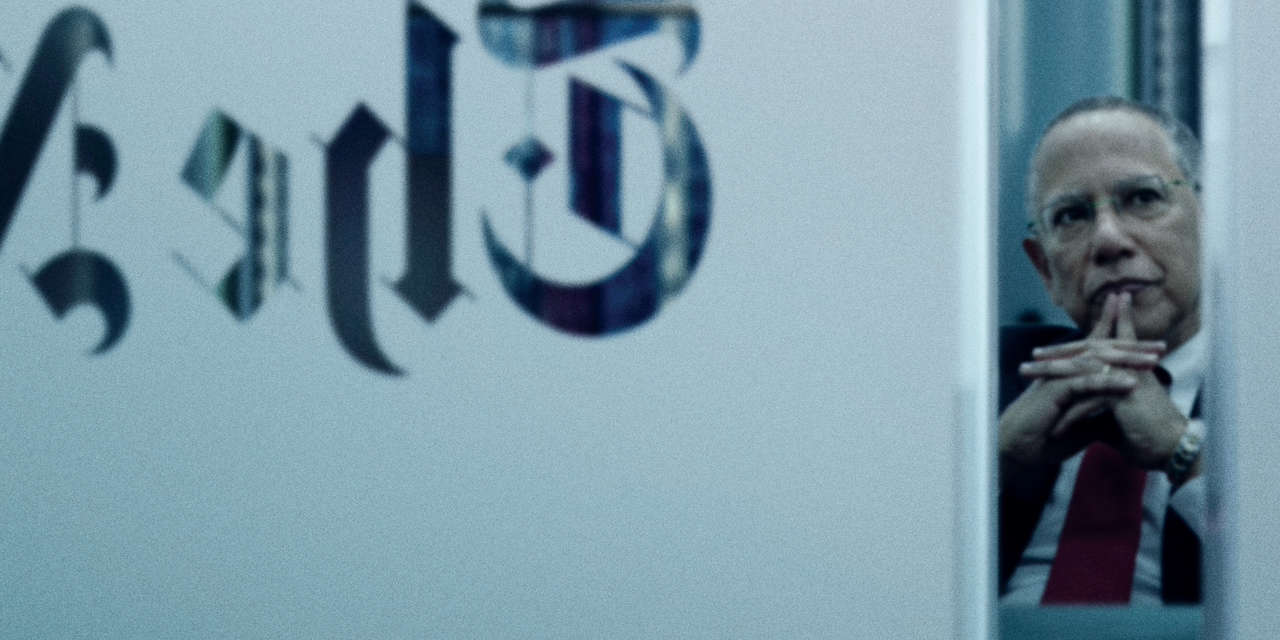 The official site of the SHOWTIME Original Series The Fourth Estate. Find out about new episodes, watch previews, go behind the scenes and more.

What Jones has done to the Sandy Hook families is unbelieveable. 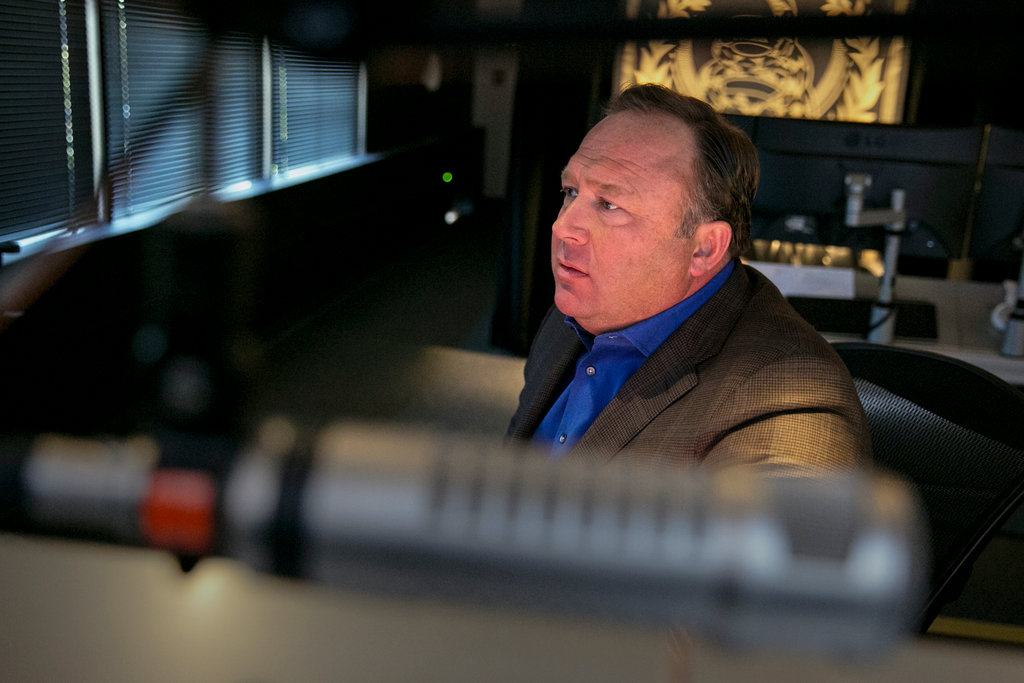 The cases seek a verdict on “post truth” culture and on Mr. Jones, a Trump ally who reaps millions peddling bogus claims about an American tragedy. 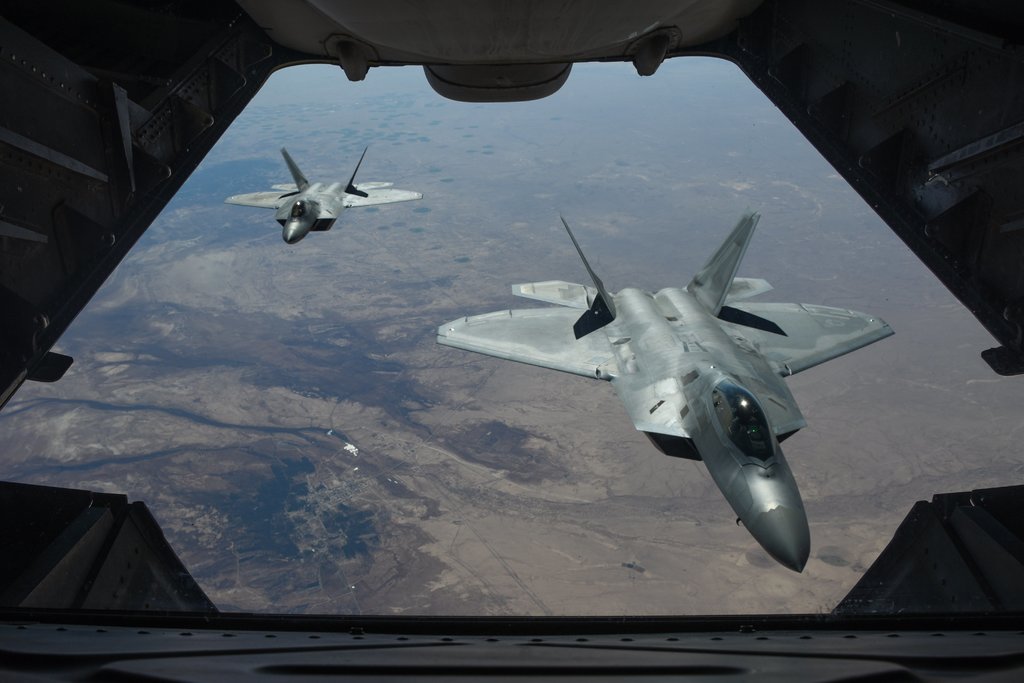 How a 4-Hour Battle Between Russian Mercenaries and U.S. Commandos Unfolded...

Interviews and newly obtained documents provide the Pentagon’s first public on-the-ground accounting of one of the bloodiest battles the military has faced in Syria since deploying to fight ISIS.