1/ The Trump campaign team was "fully aware" of George Papadopoulos' efforts to setup a Trump-Putin meeting. "I actively sought to leverage my contacts with the professor to host this meeting," Papadopoulos said. "The campaign was fully aware what I was doing" and that Trump was "open to this idea," but deferred to Jeff Sessions, who was "quite enthusiastic." (ABC News / NBC News) 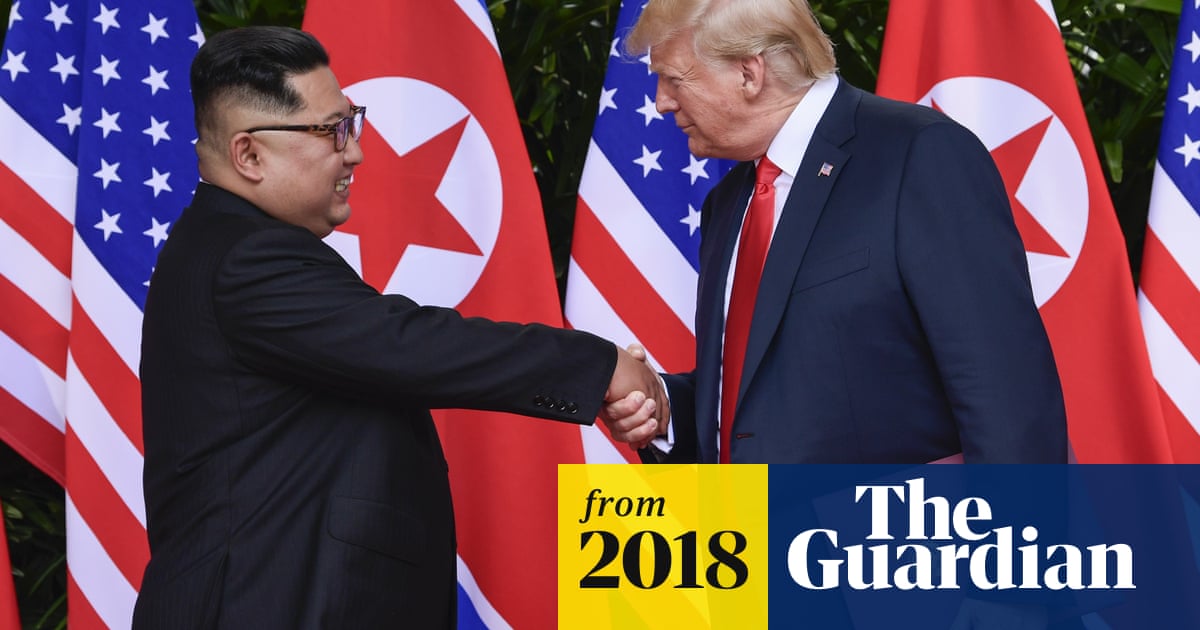 US President Donald Trump spooked the Pentagon leadership with a tweet that – had it been sent – would have been read by North Korea as a sign of an imminent US attack, journalist Bob Woodward has said in an interview.

Woodward, whose new book Fear: Trump in the White House hits book stores on Tuesday, described the incident in the interview with CBS as the most dangerous moment of Trump’s nuclear standoff with North Korea.

“He drafts a tweet saying ‘We are going to pull our dependents from South Korea – family members of the 28,000 people there,’” Woodward said, referring to families of US troops stationed on the Korean peninsula. . . .

“At that moment there was a sense of profound alarm in the Pentagon leadership that, ‘My God, one tweet and we have reliable information that the North Koreans are going to read this as ‘an attack is imminent.’”

IMHO, this is why no U.S. President should tweet at all - not anytime, no how, no way. Using tweets as an instrument of international diplomacy puts the world on a hair trigger for nuclear war. And, not only is a White House Twitter account an inherently dangerous platform, it is now in the hands of an infantile sociopath known for throwing tantrums. A downright terrifying combination. Judge orders Butina to remain in jail, lashes out at attorneys for missteps

The court said its primary concern is that the woman, who is accused of conspiracy and failing to register as a foreign agent, is a flight risk.

“I cannot envision any scenario where it is not possible . . . for Ms. Butina to walk out of jail, be put in a car with diplomatic tags and taken to an airport.,” [Judge Tanya Chutkan] said. “Risk of flight — that is this court’s primary concern in reviewing this bail motion.”

Yes, we need to keep our guard up – a sound and sensible decision by Judge Chutkan.

This is an interesting article. It describes in detail how Chutkan lambasts both the prosecution and the defense for missteps in their legal filings and public statements – and it sounds like the criticism was well deserved on both sides.

Not sure what it means, Joyce Vance alluding this might have something to do with Mueller lining up his witnesses.

Perhaps reports that Manafort was trying to negotiate a plea deal with Mueller that would prevent a second trial were a bit premature; perhaps the prosecution is lining up its witnesses just in case. 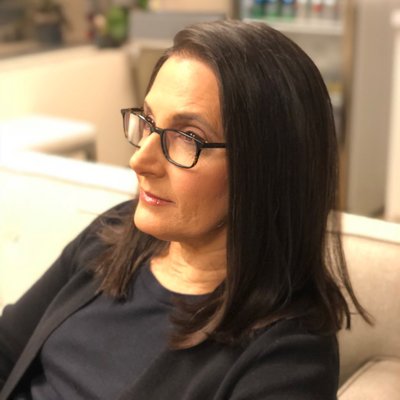 Perhaps reports that Manafort was trying to negotiate a plea deal with Mueller that would prevent a second trial were a bit premature; perhaps the prosecution is lining up its witnesses just in case. https://t.co/5E1h2vPqOt 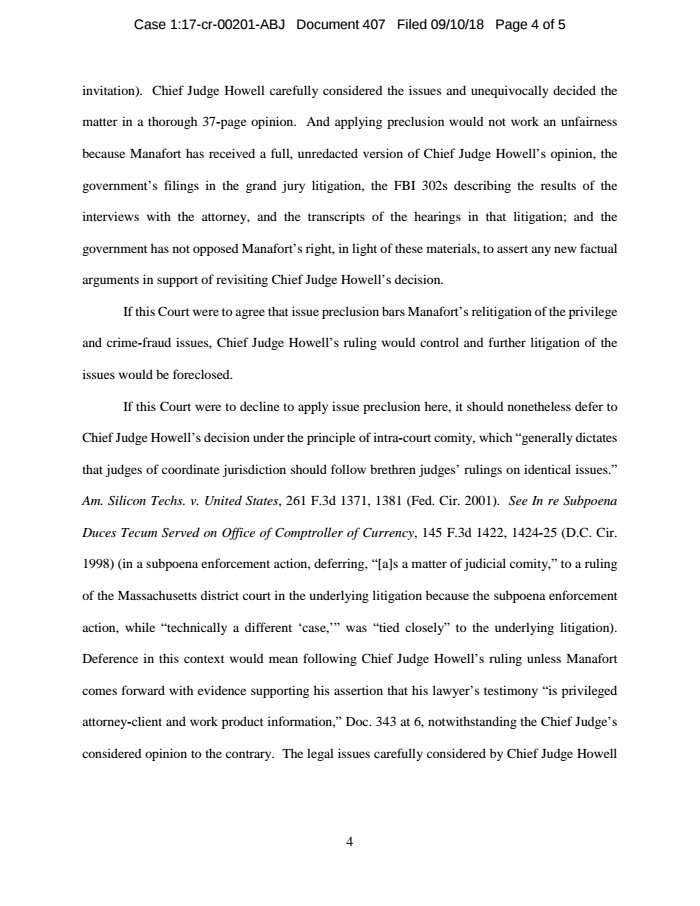 New Manafort filing: Prosecutors argue that grand jury testimony from the attorney who handled his foreign agent paperwork for the Justice Department should be admissible during trial, which Manafort has argued is privileged attorney-client material.

Interesting historical perspective on how Woodward’s reporting in the age of Nixon’s Watergate saga compares to today’s Trump denials. 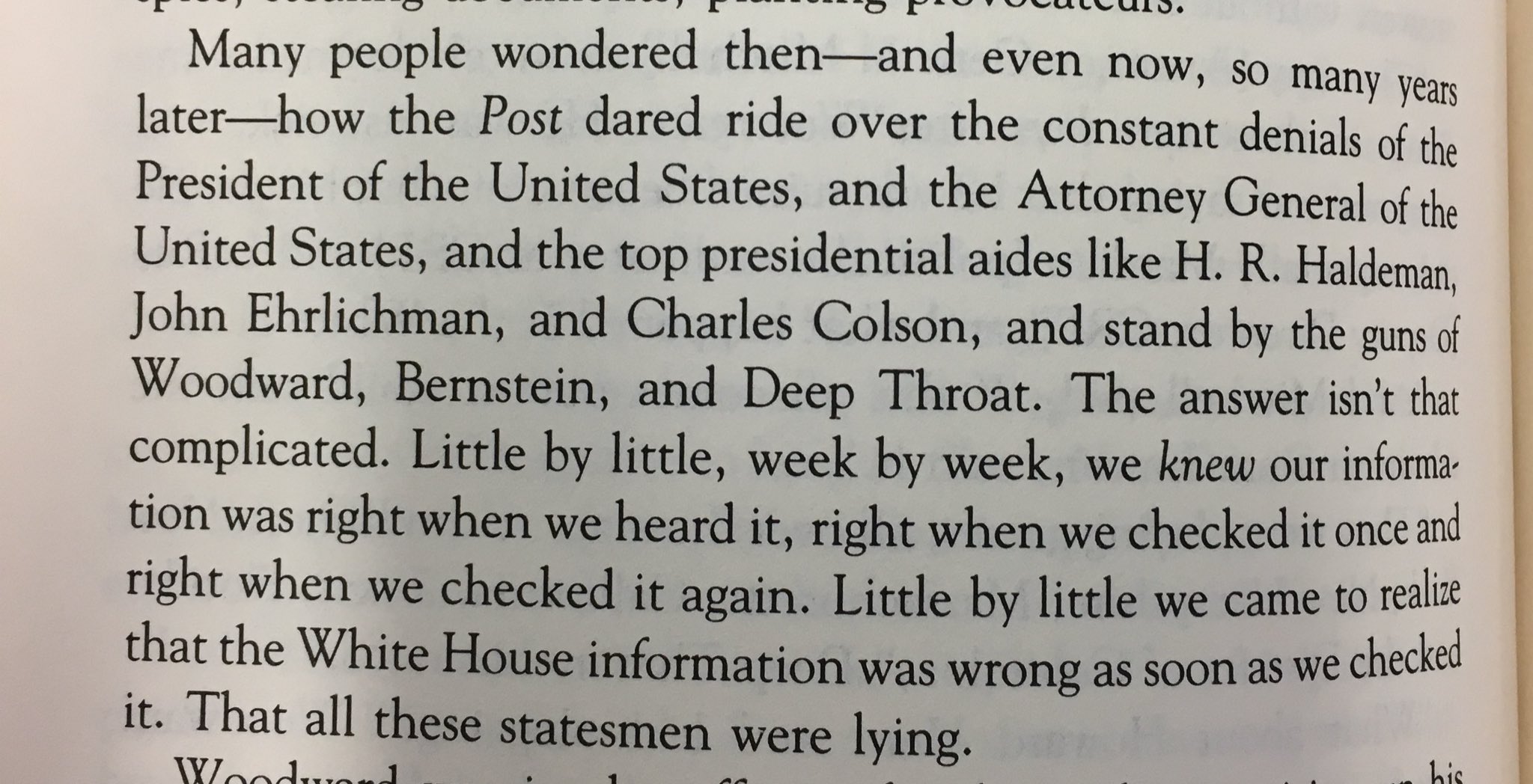 This is from Ben Bradlee’s autobiography, “A Good Life. It’s his account of @realBobWoodward’s Watergate reporting, and the denials and denunciations it elicited from the Nixon Admin. The parallels to today are striking.”
3 Likes
Keaton_James September 10, 2018, 11:18pm #6 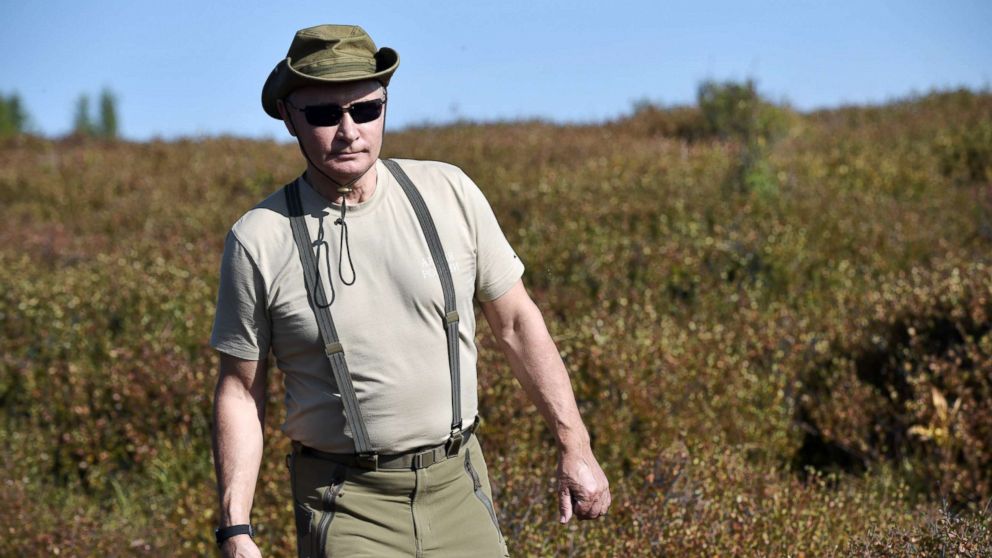 But there’s more to see here than that wincingly painful musical performance:

Dozens of pages of email correspondence between August 2015 and November 2016, obtained exclusively by ABC News, reveal Butina’s hand in a pair of potentially explosive projects: appearing to arrange a meeting for a delegation of high-ranking members of the National Rifle Association with Russian Foreign Minister Sergey Lavrov, and working with the Outdoor Channel to develop a television show highlighting Putin’s “love of the outdoors” that would feature the Russian President himself. . . .

The emails obtained by ABC News detail Butina’s efforts to organize the summit that brought high-ranking NRA members and powerful Russian nationals together in Moscow in December 2015, a trip seemingly sponsored by Butina’s gun-rights group “Right to Bear Arms.”

Emails suggest Butina was eager to add Lavrov, the powerful Russian foreign minister, to their schedule, and according to one of the members of the delegation, the meeting took place.

On Dec. 10, former Milwaukee County Sheriff Clarke tweeted a photo of him standing next to a Russian soldier with the description: “Red Square near the Kremlin with a Russian officer. Met earlier with Russian Foreign Minister who spoke on Mid East.”

Butina’s defense attorney Driscoll acknowledged that the delegation met with “some hitters” in Moscow, including Lavrov, but told ABC News it was Torshin, not Butina, who had the political connections that made it possible.

See T’s propaganda (FOX-like) machine at work - Looks like they do NOT like hearing anything from Obama. 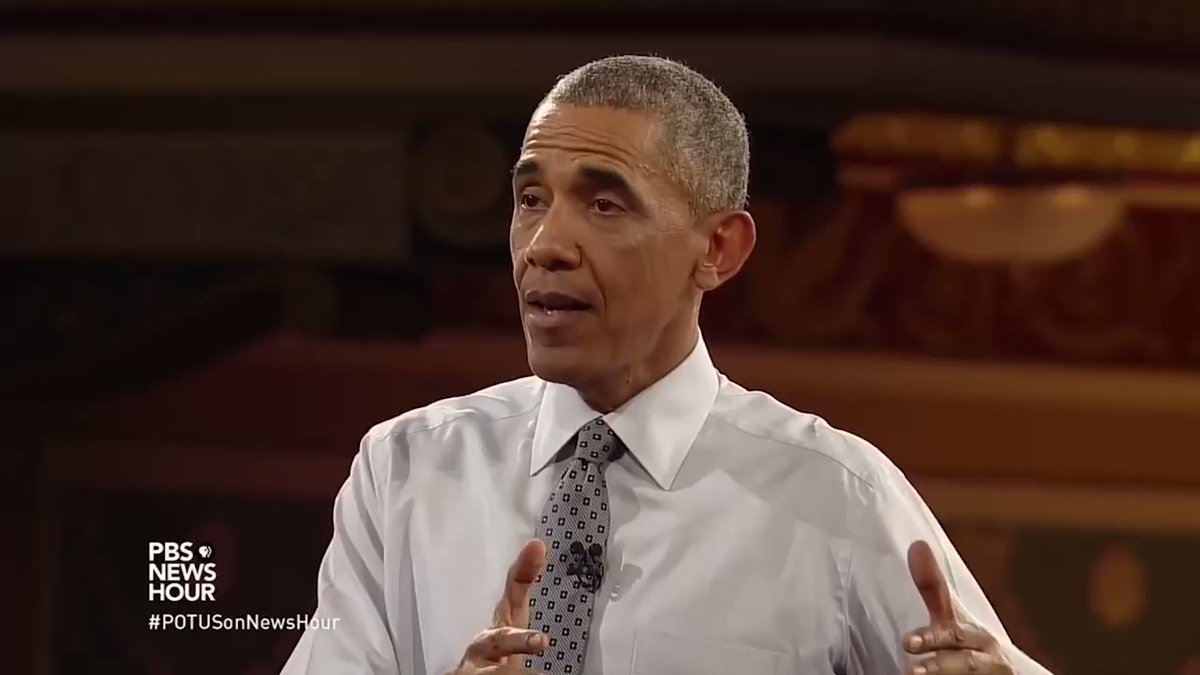 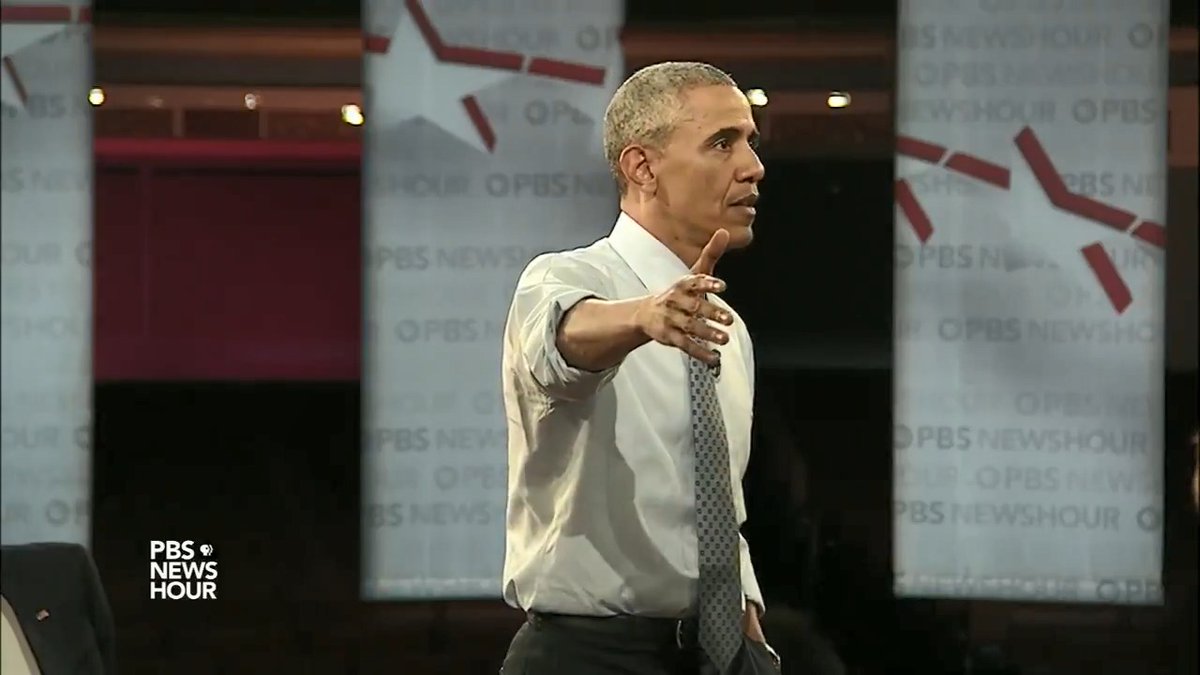 President @realDonaldTrump tweeted Monday an edited excerpt of our 2016 town hall with then-President @BarackObama. Here is the video of that moment. Transcript: https://t.co/fWOyvHODZ2 https://t.co/KO32Ja6LDd
1 Like
dragonfly9 September 11, 2018, 5:35am #9

Very true @Keaton_James Thanks for writing up the compare and contrast between the two.

The counter narrative that T presents is only a One-Two-Punch at Obama - example -My economy is thriving, best ever, off-the-charts growth etc. T’s only important message here, is that I am winning, and Obama is a loser. Always all-or-nothing. T’s bullying style is the only thing he knows.

Obama can carry a conversation, inspire and deliver a more hopeful message. And he would have seen beyond the argument for bringing back coal jobs, by recognizing that it is a dying industry. The hard news is that people will have to change their expectations towards that and retool. But Obama at least tries to share the burden.

And you are right about certain industries, like your beloved typewriters which are now a relic of the past. They served a purpose but were outpaced by the technology advances.

As for how great the economy is…well, yes for a certain strata it will be good and even better. The conceit that all people will benefit because of the GDP or high stock market is just that. Working class and below struggle to afford housing, car payments, healthcare and the like because of wage stagnation. $15/hour pay raises anyone?..which would be a huge improvement from minimum wage standards $7.29 as of 2009.

Obama is playing partisan politics at a time when the country needs leadership, and when polls this week, say that 31% of the population does not even trust T (his facts, his leadership etc.)

If you’re wondering what in tarnation was going on with the two separate filings over the weekend in which Cohen and Trump both caved, this video will clear things up. It seems that those filings were an attempt to wiggle out of some additional legal jeopardy, but Avenatti is hell bent on holding the President and his lawyer both accountable.

@dragonfly9 Thank you for posting the second, original video that exposes how Trump’s edited video promotes an outright lie. It is a lie because because it makes it appear as if Obama is saying exactly the opposite of what his actual point is.

Trump’s edited video falsely paints Obama as a pessimist. It appears as if Obama is saying it’s impossible to bring back all the jobs we lost during the great recession. However, when you watch the original, unedited version, you see that Obama is not referring to all the jobs; he’s only referring to a particular category of jobs: the jobs that have now become obsolete.

Further, Obama goes on to talk about how we need to help people with retraining so that they can get new jobs in new, growing industries. I’m paraphrasing here, but this is 100% the gist of his remarks. The original video demonstrates that Obama is the opposite of defeatist (as the Trump video attempts to portray him). Obama is showing strength, leadership and vision. As some jobs inevitably become obsolete, he is planning a path to new jobs that will maintain earning power into the future.

Here’s a great example of what Obama was driving at – and it has to do with a longtime interest of mine: I like old typewriters. I don’t actively collect them, but I do have three beautiful, antique models that I occasionally fish out of the deep recesses of my closet in order to admire the craftsmanship and mechanical ingenuity they represent.

From the late 1800’s and well into the 1900’s the U.S. was the typewriter manufacturing capital of the world. Thousands and thousands of Americans were employed making typewriters. Where are all those jobs today? They’re gone forever – and it would have been foolish and counterproductive for the government to protect those jobs. As a way of providing employment opportunities in today’s marketplace, should we bring back typewriter manufacturing through massive government subsidies? – that would, of course, be absurd.

This illustrates the economic issue that Obama was thoughtfully addressing in the original video (and that Trump then distorted into a propaganda lie). It is an issue that Trump has largely chosen ignore – particularly in the area of energy production. We could become the world leader in the design, development, and manufacture of green energy technologies, but instead of focusing on these new, burgeoning industries, Trump is shoring up obsolete energy technologies.

It’s clear that if Trump had been in the White House in the 1960’s, he would have vigorously protected typewriter manufacturing jobs. And he would have discouraged the fledgling U.S. computer industry because it was making these new “wordprocessor thingies” that would have harmed the typewriter industry. If that had happened, where would we be today?