1/ A report from the Department of Homeland Security's independent watchdog found the squalid conditions at migrant detention camps were more widespread than initially revealed. The report describes standing-room-only cells, children without access to showers or hot meals, and detainees desperately begging to be released. Inspectors visited five facilities in June, where they found many migrants are given only wet wipes to clean themselves and bologna sandwiches to eat, leading to additional health problems. Children at two of the camps were not given hot meals until inspectors arrived. Overcrowding was so severe that migrants were banging on cell walls and pressing notes up against the windows begging for help. (New York Times / Reuters) 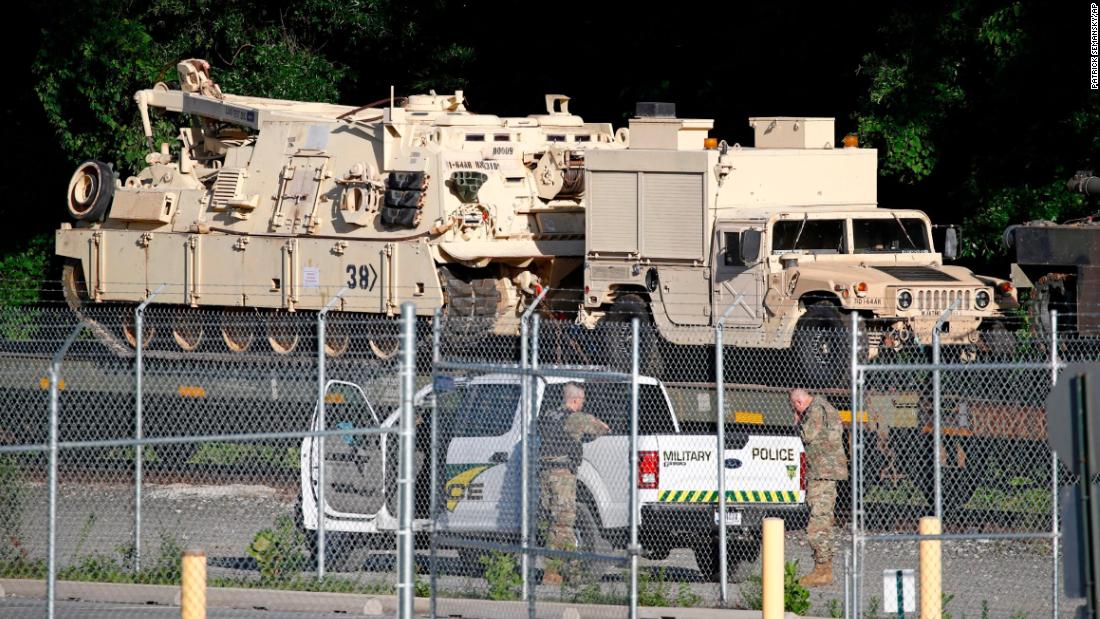 Military chiefs have concerns about the politicization of President Donald Trump's July 4 event, a source with direct knowledge told CNN.

Is there NO law he will not defy?

Trump tweeted Wednesday that his administration is "absolutely moving forward" on the citizenship question.

Every day there’s a new story of Russia interfering in foreign elections. This time two Russians caught trying to influence the vote in Libya’s elections in support of Qaddafi’s son https://t.co/Xjjv08ieOE

Libyan security forces arrested two Russian nationals accused of trying to influence upcoming elections in the North African oil-exporter, according to a document obtained by Bloomberg.
The letter from state prosecutors for the internationally-recognized government in Tripoli said the Russians had been involved in “securing a meeting” with Saif al-Islam al-Qaddafi, the fugitive son of the ousted Libyan dictator and a potential candidate in elections who has the backing of some officials in Moscow.

BREAKING: @TheJusticeDept says it hasn’t decided on whether to adopt “new rationale” for the citizenship question, more discovery would be “premature” in the #2020Census litigation, and the final judgment should remain in place. @CourthouseNews 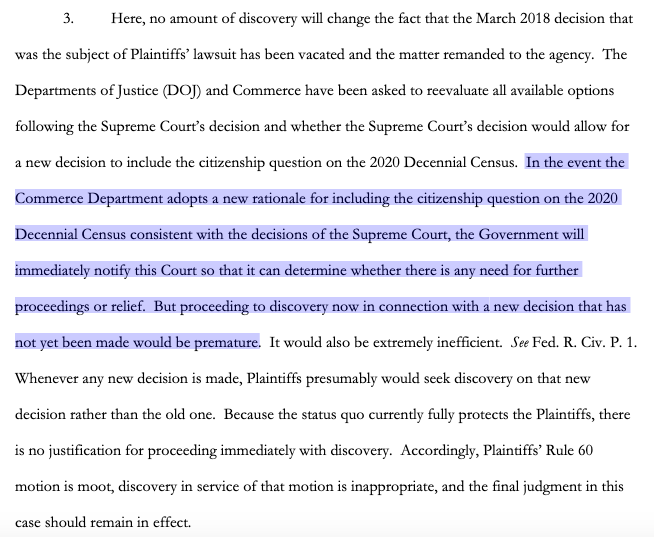 BREAKING: @TheJusticeDept says it hasn't decided on whether to adopt "new rationale" for the citizenship question, more discovery would be "premature" in the #2020Census litigation, and the final judgment should remain in place. @CourthouseNews Doc: https://t.co/3AXmlqvfAC

“Regardless of the justification Defendants may now find for a ‘new’ decision, discovery related to the origins of the question will remain relevant.” — Judge Hazel Order giving the green light for discovery for evidence of discriminatory intent in the Hofeller documents. https://twitter.com/KlasfeldReports/status/1147235874268241920 …

Federal prosecutors in New York unsealed the indictment against Epstein on Monday, charging him with one count of sex trafficking of minors and one count of conspiracy to engage in sex trafficking of minors. He was arrested Saturday at New Jersey’s Teterboro Airport after returning from Paris on a private flight, according to multiple media reports. The Daily Beast first reported the indictment.

Epstein could face a maximum of 45 years in prison. His attorney did not immediately respond to a request for comment.

Jeffrey Epstein Was Charged With Sex-Trafficking Underage Girls, Including At...

The billionaire former hedge fund manager, with links to President Donald Trump and former president Bill Clinton, has long been accused of molesting underage girls in his New York and Florida mansion

State tax returns will be released…not as detailed as Federal ones…but will reveal more than we’ve known.

The bill, which Cuomo had been expected to OK, requires New York officials to release tax returns of public officials that have been requested by “congressional tax-related committees” that have cited “specified and legitimate legislative purpose” in seeking them.

The measure ensures that "no one is above the law," the governor said in a statement. 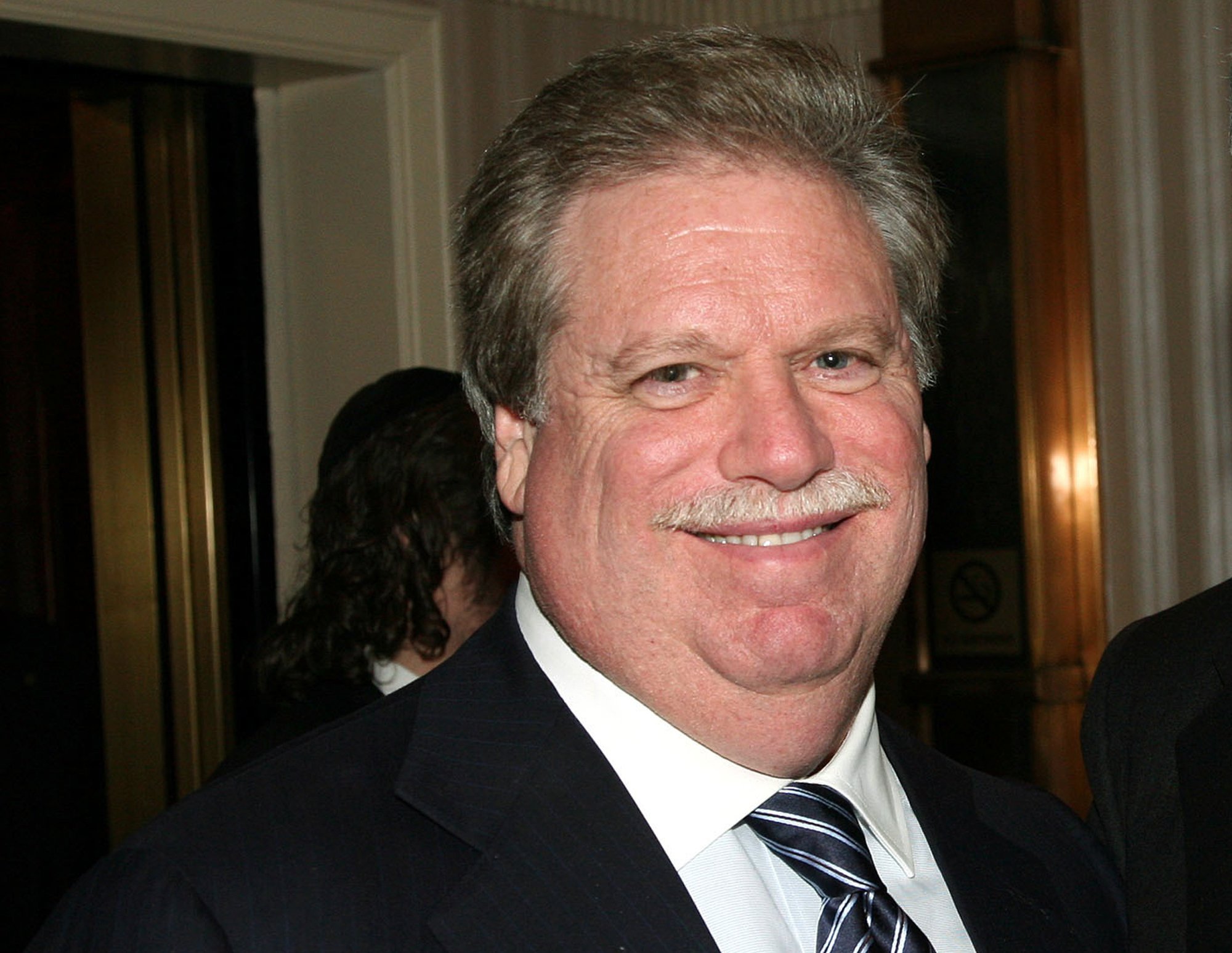 It’s about time the Feds take on Elliot Broidy. For a laundry list of his many nefarious deeds, see this post.

If Broidy flips, he will undoubtedly bring down some big names with him. He was surely not influence peddling in a vacuum.

A federal grand jury in New York is investigating top Republican fundraiser Elliott Broidy, examining whether he used his position as vice chair of President Donald Trump’s inaugural committee to drum up business deals with foreign leaders, according to documents obtained by The Associated Press and people familiar with the matter.

A wide-ranging subpoena the U.S. Attorney’s Office in Brooklyn recently sent to Trump’s inaugural committee seeks records relating to 20 individuals and businesses. All have connections to Broidy, his investment and defense contracting firms, and foreign officials he pursued deals with — including the current president of Angola and two politicians in Romania.

Prosecutors appear to be investigating whether Broidy exploited his access to Trump for personal gain and violated the Foreign Corrupt Practices Act, which makes it illegal for U.S. citizens to offer foreign officials “anything of value” to gain a business advantage. Things of value in this case could have been an invitation to the January 2017 inaugural events or access to Trump.
…
The Brooklyn probe appears to be distinct from an inquiry by Manhattan federal prosecutors into the inaugural committee’s record $107 million fundraising and whether foreigners unlawfully contributed.

It followed a request last year by Democratic U.S. Sens. Elizabeth Warren of Massachusetts and Richard Blumenthal of Connecticut that the Justice Department investigate whether Broidy “used access to President Trump as a valuable enticement to foreign officials who may be in a position to advance Mr. Broidy’s business interests abroad.”

Brooklyn federal prosecutors and the president’s inaugural committee declined to comment on the grand jury proceedings, which are secret. But two people familiar with the matter told the AP that the committee has already complied with the subpoena, issued in April, and a third said the FBI has interviewed at least one of Broidy’s business associates named in the subpoena.

Broidy, a 61-year-old Los Angeles businessman, made a fortune in investments before moving into defense contracting and has played prominent roles in GOP fundraising, including as finance chairman of the Republican National Committee from 2006 to 2008 and vice chair of the Trump Victory Committee in 2016.

But there have been problems along the way. In 2009, investigators looked into the New York state pension fund’s decision to invest $250 million with Broidy and found he had plied state officials with nearly $1 million in illegal gifts.[*] Broidy pleaded guilty to a felony but it was later knocked down to a misdemeanor after he agreed to cooperate with prosecutors and pay back $18 million in management fees.

Another scandal came last year when Broidy stepped down as deputy finance chair of the RNC after reports that he agreed to pay $1.6 million as part of a confidentiality agreement to a former Playboy model with whom he had an affair. That payment was arranged in 2017 by Trump’s longtime lawyer Michael Cohen.
…
It also sought records related to George Nader, a Broidy associate who served as an adviser to the United Arab Emirates, provided grand jury testimony to special counsel Robert Mueller and was recently jailed on federal child pornography charges.

Trump Kills His Citizenship Question By Accidentally Admitting He Is Trying...

Trump accidentally admits what the White House is trying to hide from the courts. The president said that wants the citizenship question to rig congressional districts.