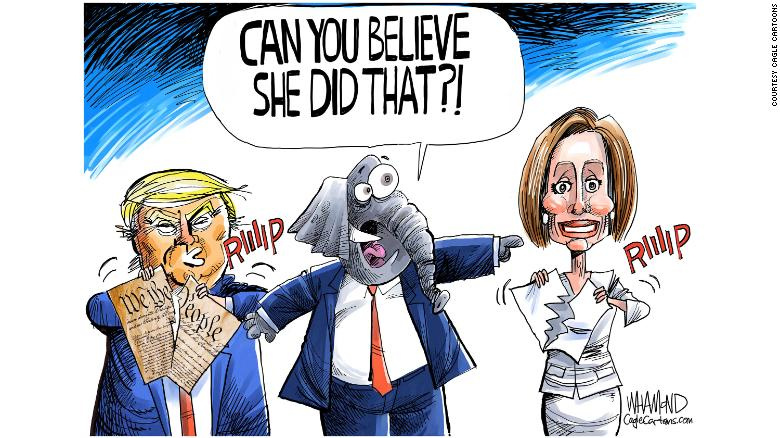 Simon & Garfunkel were right! “…and everything looks worse in black & white!” (Kodachrome song) 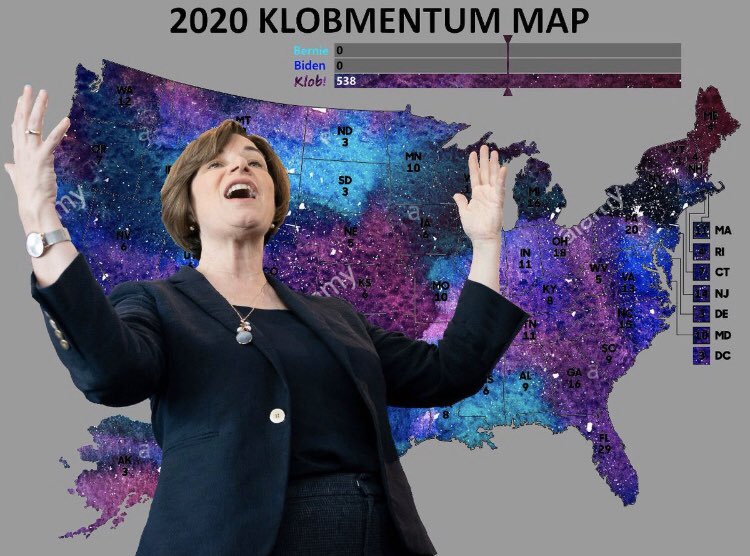 Who among us hasn't put on our Oreo cookie halloween costume, pounded a bottle of chardonnay and ranted about Mitt Romney? https://t.co/AD81l42BcE

Desiree Tims, running to flip the OH-10 House seat to Blue, closes the video with these spot on words directed at anyone who’s made up their mind that their vote doesn’t matter:

Every time you stay home [from voting] someone is making a decision about you. Making decsions about the air you breath, the water you drink, the food your kids eat, how much money you bring home every two weeks. So every time you sit out an election, every time you don’t show up because you think it doesn’t matter, someone else is happy that you didn’t show up so they can make that decision for you. Vote! 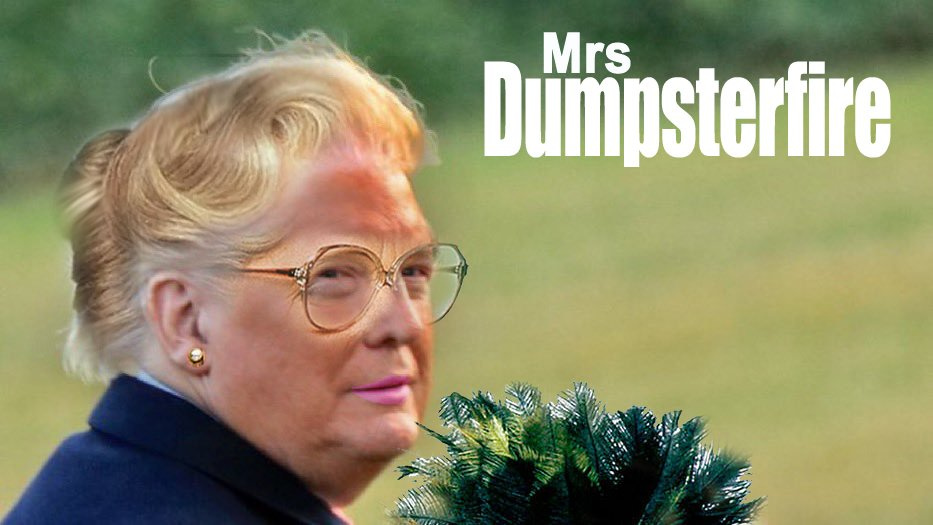 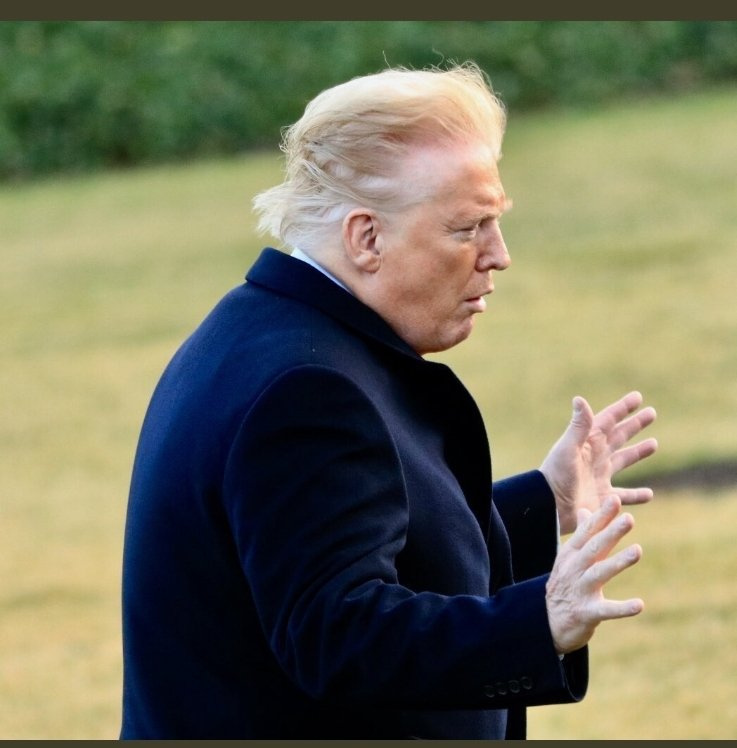 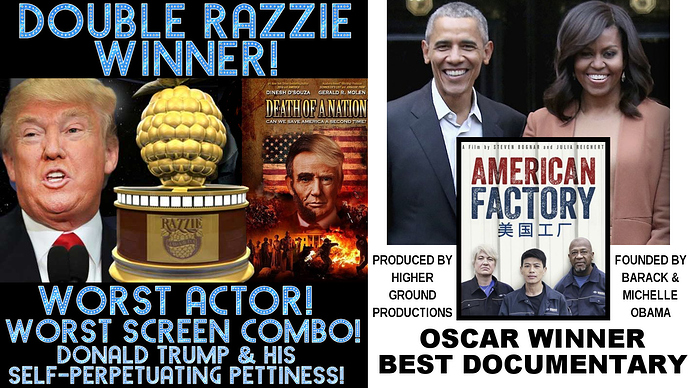 This is my kind of commercial! Thanks Mike! (trust me, watch the link) 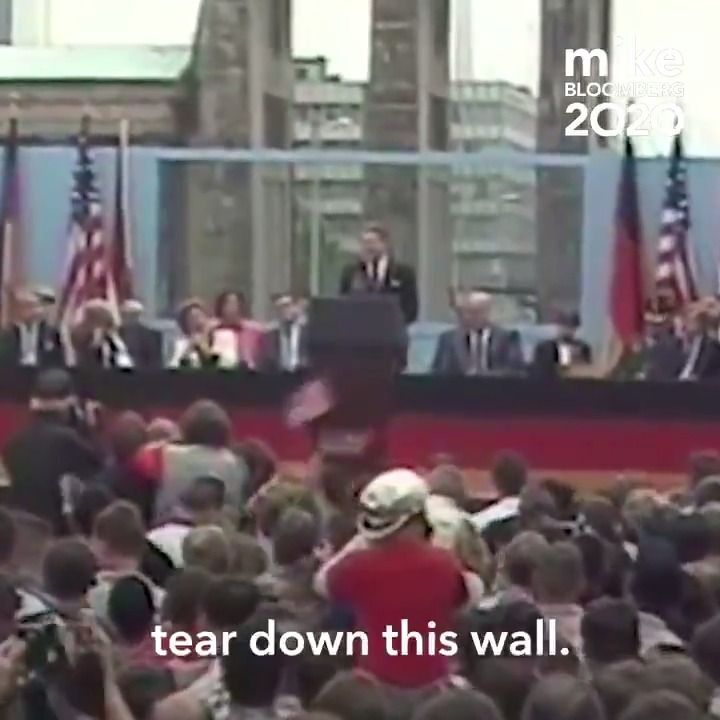 Our country has a rich history of presidents who respected the power, decorum, and influence of their office. Unfortunately, that rich history ended the day Trump became president. https://t.co/3QEncsTiNA
Keaton_James 2020-02-10 21:12:04 UTC #1674

This is my kind of commercial!

Thanks for sharing! That made my day.

I’m still undecided on our nominee (but will vote Blue no matter who in November) – so my applause here is not so much for Bloomberg as it is for this ad’s message – calling out Trump for being a boor, a bully, a baby – calling him out for his trashy, vile, despicable behavior. Is Trump the example of how to live one’s life that Republicans want to hold up to our children? Appallingly, yes it is.

We need more ads like this – from PACs and from the DNC, day after day between now and the election. Yes, this election will be an actual vote on Trump but, at the same time, it will be the biggest referendum on a President and Party we have ever seen. What will be the overwhelming catalyst for getting Blue voters to the polls? Their hatred of Trump – and while they are there, they will also vote against Trump’s Republican enablers, giving us the power to hold the House and take back the Senate – plus recapture a host of other offices across the country.

We do need our candidates to lay out a clear vision for the future, putting forth thoughtful, constructive policies, but we also need to beat the drum with messages like this one – get Trump out! He is not worthy of our country. 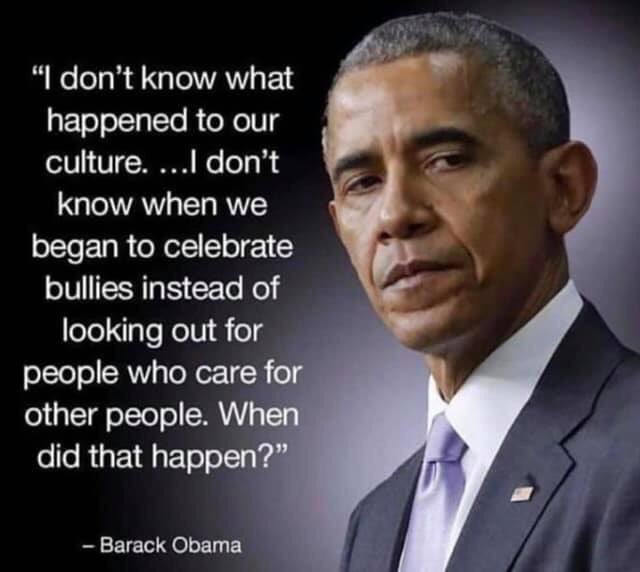 I’m no fan of Bloomberg (really not happy with the way he bought his way into this race) but I think he (or his campaign) just nailed the best way to remind voters what we currently have with trashy-trump, compared to the real leaders of any party.

I’m still undecided too…in my heart I’d love to see some sweeping changes but my practical side says not to rush this & stay with a candidate that has broad appeal. With that in mind, my favorites at the moment are Klobuchar & Buttigieg, but so far neither one pulls in much of the black community’s votes. I look forward to hearing more from Deval Patrick, knowing that he’s a middle-ground candidate too, & maybe as running mates that could work for a decisive number of Democratic voters?

I only know that I cannot stomach another 4 years of this, I believe that a majority of Americans feel the same way, and we must make sure that nothing like this ever happens again.

I’m leaning toward Klobuchar, too.

I just hope we don’t wind up in a nomination battle that tears the party apart and tarnishes our eventual candidate. We need to stay cool.

I suppose we’re straying from “humor” (oops!) but for me, Klobuchar exemplifies the right mix of intelligence, experience & compassion. I think Biden means well, but he (& Sanders) are too old for the job IMO…it’s a HARD job, especially following the worst POTUS of ALL time with a savagely divided country. I’m glad to know your take on it.

But at the end of the day, I’m standing with any Dem candidate over the trash-king.

I do wish that Sanders would tell his supporters to cool it with the online bullying & booing at speaking events…it’s unbecoming & way too much like the “other side”.

WASHINGTON (The Borowitz Report)—Donald J. Trump has “no intention whatsoever” of having John Bolton’s book read aloud to him, Trump confirmed on Monday.

Speaking to reporters at the White House, Trump said that his daughter, Ivanka Trump, had obtained a draft manuscript of the Bolton book and had offered to read it aloud to him “like she does with all of the other books,” Trump said.

“She reads the books to me slowly and stops when there’s a long word to tell me what it means,” Trump said. “But I told her that the Bolton book was the last book in the world that I wanted to hear.”

Trump acknowledged that Ivanka had previously read aloud to him other books that he had not enjoyed, such as “A Warning,” by Anonymous.

“That Anonymous guy has to be the worst writer,” he said. “After Ivanka read ten pages of that crap to me, I told her to throw the book across the room, and she did.”

Trump said that he hears “many books” a week, and that sometimes his son-in-law, Jared Kushner, takes turns with Ivanka reading them aloud to him.

The President said that he hears “many books” a week, but that this was the last he’d want Ivanka to read him.

As a dad I used to read to my youngest daughter, because she is dyslexic. We read all the Laura Ingalls Wilder books, from “The Little House in the Big Woods” right through to “The First Four Years”. And then Narnia Series. I can still remember those readings, and they were an enjoyable time. At 10 she was still having difficulty with reading, and we changed schools to a Waldorf Steiner School where, following a programme of remedial eurhythmy, she read the first Harry Potter book by herself! She is now a voracious reader.
I have long suspected that Trump has some form of dyslexia. It would explain a lot. The condition was not well understood when he was young. (He and I are the same age.) Many successful people, including Einstein, have been dyslexic; so its doesn’t necessarily mean it is a disabling condition, and most develop compensatory behaviours. It doesn’t excuse his rudeness to others though, nor his lack of empathy and self awareness, nor his self interest and corruption.

I was honored to help work on the Kremlin Annex’s 1 year anniversary promotion, so I am especially angered to learn that Donnie’s decided to go after protesters now as part of his revenge spree: 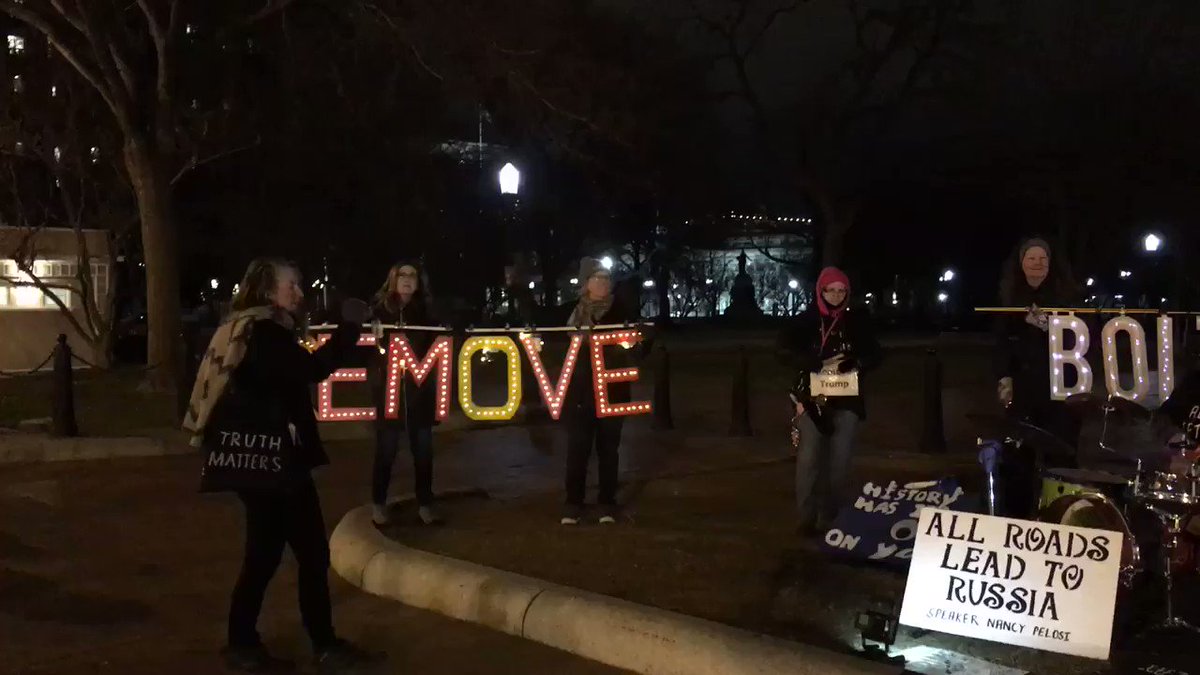 After 573 days the National Park Service is forcing us to pay $120 a day for permits in order to continue amplifying any noise. You heard that right. Thank you to everyone retweeting & donating. You can help us by chipping in here: https://t.co/TOgLgHPCEm https://t.co/k32B9KN7aq

Also, and you can’t make this up, Donnie has this as his pinned tweet right now. It’s of a sketch from Larry David where he shows how the Trump MAGA red hat is a great way to calm down racist jerks. Trump took it seriously. 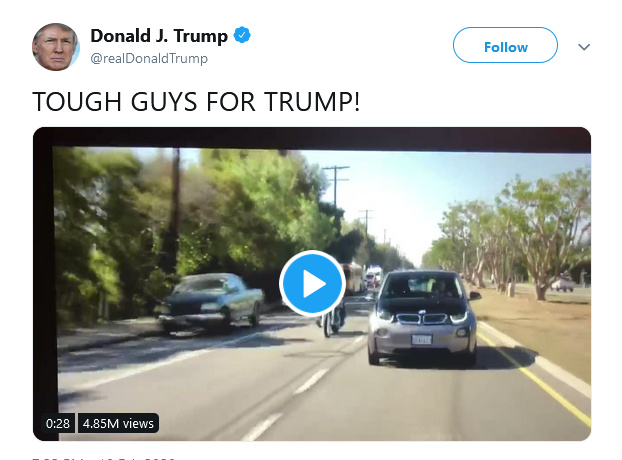 For once, I believe a Trump claim: “We’re doing a lot of things that are good including waste and fraud. Tremendous waste and tremendous fraud.”

Occasionally, the Adderall has a weird interaction with the spray tan, & @realDonaldTrump accidentally utters the truth. Now we can tell our children that we were alive to witness the rarely seen event of #Trump being honest. #TremendousWaste #TremendousFraud #TrumpLies https://t.co/vWZyIzGnkD

Of COURSE trump took it seriously…he’s a very stable genius, don’t ya know?