What The Fuck Is #ReleaseTheMemo?

I skimmed over it.

Maybe it’s because basically everything The Memo™ purported to say had been already discussed in over the past few days, but my first thought was “that’s it?”.

Maybe I’m missing something, but I really didn’t see anything that’s new or shocking. Just a lot of inconclusive speculation and opinions presented as facts.

Oh, and it’s all centered on Carter fucking Page.

I mean, who the fuck is that guy? 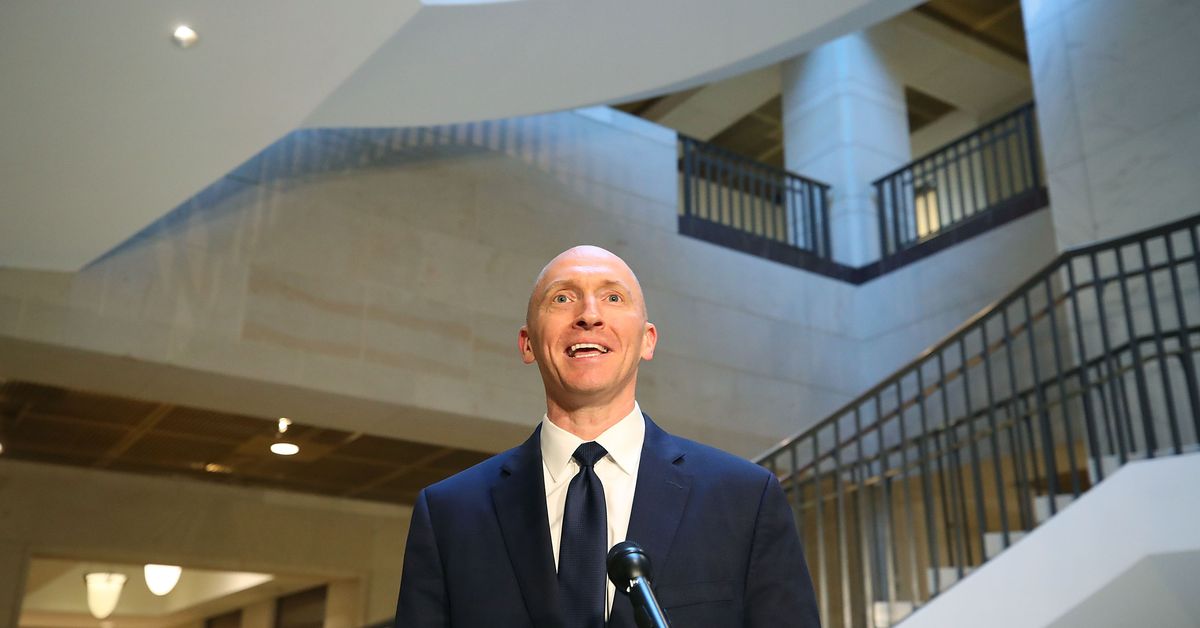 Carter Page, the star of the Nunes memo, explained

9 questions about the former Trump adviser you were too embarrassed to ask.

Yeah this really just seems like the same whiny half-baked talking points they’ve been on about since the beginning. I’m not seeing what is so controversial, other than this being part of the “case” to try and get rid of Mueller and/or Rosenstein.

I had my own “that’s it” moment. I was hoping for new information.

Carter page and the “dossier” are only two tiny pieces in a much larger puzzle.

I want explainations for the hack of DNC servers by 2 Russian intelligence agencies and the release of that info to Wikileaks. Don Jr.’s communications with Wikileaks via Twitter DM’s. George Papadopoulos’s contacts with the Russians. Michael Flynn’s negotiations with the Russian ambassador. The Trump Tower meeting. The resulting statement about the Trump Tower meeting issued by Don Jr that was allegedly written by the President and WH aides. Firing of FBI Director James Comey.

Disappointed and now we will have to watch the executive branch eat it’s own tail for weeks until this memo story dies.

McCain’s statement on the memo is quite remarkable.

A nice point by the WaPo fact checker @GlennKesslerWP 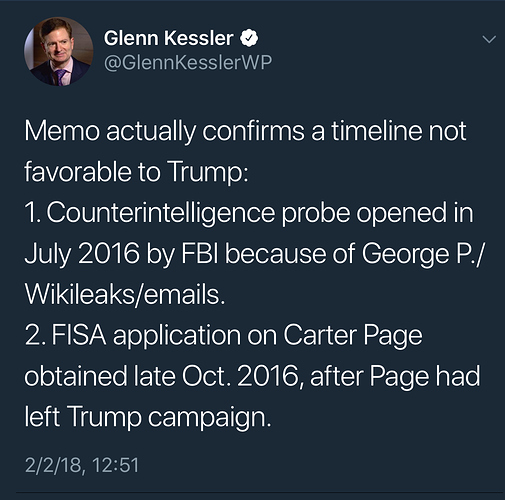 Since Carter Page is at the heart of this memo - important to remember his relationship with Russia+FBI dates back to 2013, way before he entered Trump’s orbit. 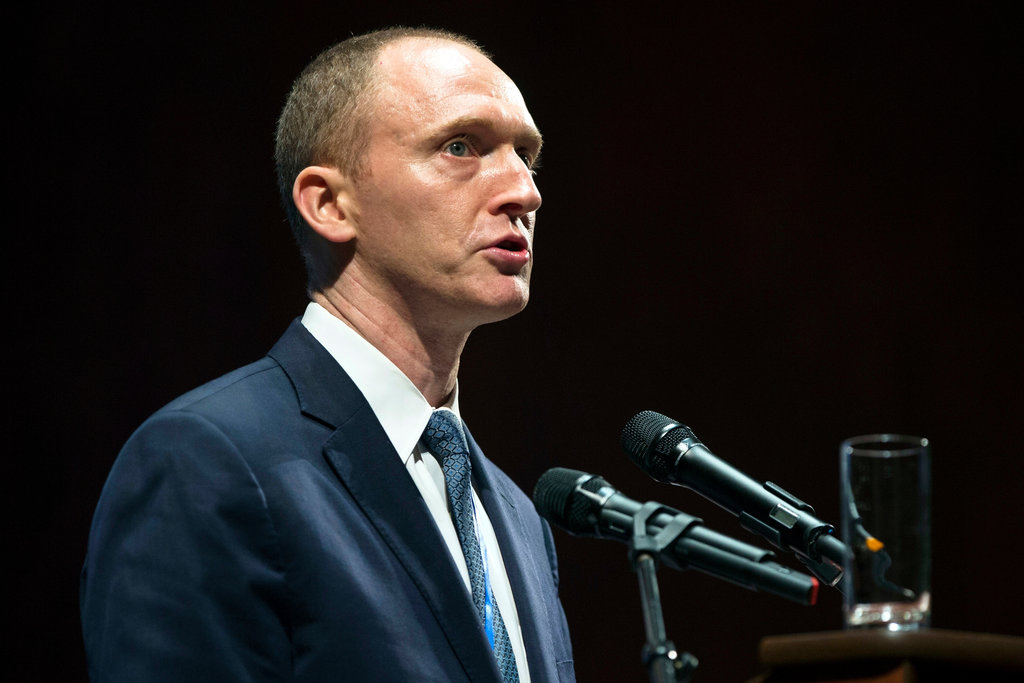 Mr. Page, a businessman, met in 2013 with one of three Russians who were eventually charged with being undeclared officers with Russia’s foreign intelligence service.

I agree with everything his statement has said, but unfortunately McCain’s words ring hollow for me.

He has done this time and time again: says something progressive sounding that riles up the right, and gets those of us on the left excited that he may actually do something to cement his reputation as a so-called “maverick”. But, whenever it comes time to actually vote on an issue that’s important to the left, he ends up being just another partisan Trump/GOP flunky. Remember, when he was the dramatic deciding vote that defeated the ACA repeal last year, it was over procedural quibbles, not over the substance of the bill.

So, while I agree with the words in his statement, I don’t expect him to actually do anything to follow through with these words.

I sure wouldn’t count on it. (See above.) 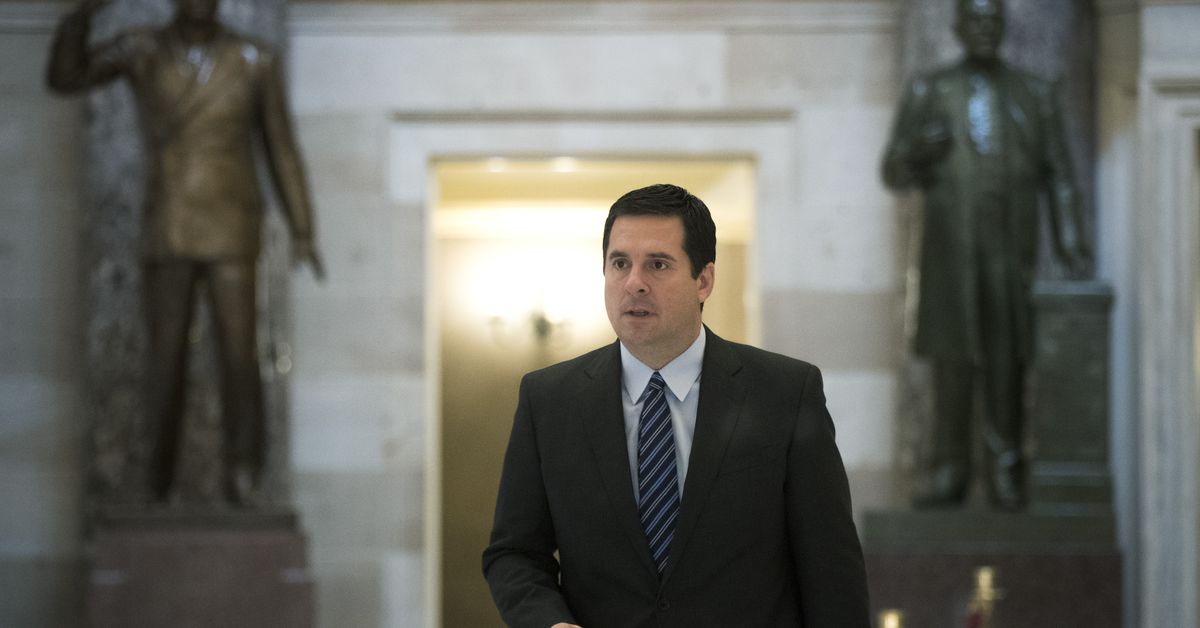 I read the Nunes memo. There’s not a single damning thing in it.

Devin Nunes’s memo allegedly exposing anti-Trump bias at the FBI does nothing of the kind.

I agree with everything his statement has said, but unfortunately McCain’s words ring hollow for me.

This is my theory on the “anti-Trump” GOPers, which has held true so far:

The general theory with them is that they aren’t going to oppose Trump, just for the sake of it. That they’ll continue to vote in line with traditional GOP point of view; more and more Trump’s agenda is becoming watered down to ‘traditional’ GOP (with respect to things that need to go through Congress). So, I doubt we’ll see any big moves there with them. The thing to watch is their tax ‘reform’ plan: Corker already has issues with their plan because it increases the deficit and McCain voted ag…

I believe if legislation was proposed (which it hasn’t been given a vote yet) to protect Mueller he would vote for it – in June 2017 he said firing Mueller would be “explosive” and in November 2017 when asked about the potentially firing of Mueller, he said “I would oppose…and so would the American people”. (ThinkProgress)

He also hasn’t been in Washington the past several weeks, he’s been in AZ for his cancer treatment. So he hasn’t been asked to go on the record about his stance recently. Megan McCain was on Colbert the other night and mentioned that she hopes her “dad is better soon, so he can get back to Washington to stand up to Trump”.

Lindsay Graham (who is BFF with McCain and less of a Russia hawk than McCain is) went on record the other day saying he’d be “glad to pass it tomorrow” referring to the legislation he co-sponsored with Cory Booker to protect Mueller; in addition to saying that firing Mueller “it would be the end of President Trump’s presidency if he fired Mr. Mueller” (Vox). There’s also Graham’s infamous qoute: “there will be holy hell to pay (if Trump fires Mueller)”

Both seem to allude to the fact many of us know: if Trump fires Mueller the public outcry would be astronomical and we’ll likely be in a constitutional crisis.

if Trump fires Mueller the public outcry would be astronomical and we’ll likely be in a constitutional crisis.

“The Memo” just lowered the bar. We may be in a serious constitutional crisis right now.

The Schiff Memo was released today. 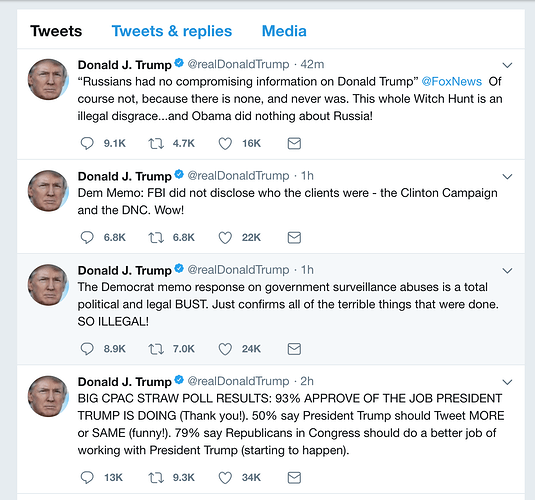 When was Trump ever hinged? Lol.

His livetweet of Fox news is also inaccurate per this tweet by CNN’s Brian Stelter:

“Congressman Schiff omitted and distorted key facts” @FoxNews So, what else is new. He is a total phony!

Ugh, I regret even looking at Trumps tweets. Sorry WTFJHT.

Quick Explainer on the “memo”:

Nunes, who heads the powerful House Intelligence panel, put together the four-page memo based on intelligence the FBI showed him and a few of his staff, as well as Rep. Adam Schiff, the top Democrat on the committee. More than 150 members of the House have seen Nunes’ memo. Scores are calling for its release, while Democrats say it is “a misleading set of talking points attacking the FBI.” (Daily Beast)

I’ll migrate this over to What The Fuck Is #ReleaseTheMemo?.

Hannity has been spending too much time reading NewsMax or whatever the current right wing news imaginarium du jour is.