WTFam feedback on helping those in need

The Northern California fires hit close to home for me. I was born and raised there and have friends and family affected by the fires.

On a whim I shared a link to donate with the WTFam. Y’all helped raise more than $12k for Sonoma Valley Fire victims, evacuees, and first responders, which the Rotary of Sonoma Valley matched the first $10k of. Incredible.

The experience was humbling and made me realize that I could do a better job to support others in need following disasters. The default for many is to say “donate to the Red Cross,” which has been proven time and again to be a poor use waste of money. But, I believe the WTF community can collectively source and verify the most impactful way of giving.

Below, I’ve compiled some of the best feedback I received from the community about how they might want to join together with other members to support people in shitty, unforeseen situations.

I’m proposing we could use this forum to organize around specific disasters and tragedies (note: I’m not saying causes or campaigns) to identify the best, most appropriate way of supporting victims.

To be clear, I don’t want WTFJHT to become an NGO and I don’t expect to make donating a central focus. But, I do think there’s a large contingent of the WTFam that cares about deeply about supporting those in need following tragic disasters and would be interested in organizing themselves on an ad hoc basis to do so.

Let me know what you think below and we’ll move this project forward. WTF is a large platform that reaches hundreds of thousands of people. We should use it, where appropriate, to make the world just a little bit better.

Your Feedback, Ideas, and Suggestions:

// On Supporting Those In Need. This experience has been humbling and made me realize that I could do a better job to support others facing tragic loss (i.e. hurricane relief, mass violence, wildfires, etc).
I would not want to see WTF develop into a new NGO! But what would be really helpful when desasters of all kinds hit and people here would be willing to make a contribution to those affected would be a list of those organizations that provide the best help for the buck. I live in Switzerland where there is actually an organization certifying those NGOs whos finances are transparent and who have the best ratio in sending the money where it was intended to go. Just knowing that would be really helpful.

Nobody said anything about an NGO and that isn’t the intention. Simply starting a conversation around how we could organize ourselves to help others.

I found this the other day and wanted to share – this is a ‘unique’ action, but a little time can go a long way! Especially given that the situation in Puerto Rico has not been improving (thank you to the Jones Act) and I am also pretty sure that Trump has no idea that Puerto Rico is apart of America (or someone maybe just told him today). Volunteer with CrowdRescueHQ CrowdRescue started with Hurricane Harvey and support the relief effort with Irma and now Maria by making it easier for FEMA t…

My question was just this: do we need to organize? Or wouldn’t it just be sufficient to know what trustworthy organizations are operating in the field?

Makes total sense in a pure humanitarian sense. But actually vetting charities and NGO’s is challenging and there are orgs devoted to doing this ( for example: http://www.universalgiving.org/).

Where WTFJHT could become a valuable resources is simply thru sharing our knowledge. For example, where’s a list of what’s needed in California? And how to get it to people? Lets share that.

Gathering donations and actually being able to distribute them is extremely challenging. I live in Italy and last year’s horrendous earthquakes were an eye opener… people were donating and trying to drive to the quake sits and caused terrible traffic and chaos.

Apart from simply donating money, I have gotten into humanitarian mapping as a way to help during natural disasters. As a recent grad with few $$s and fewer items to donate, I like donating my time instead and think it’s a viable option for a lot of people. The Humanitarian OpenStreetMap Team is AMAZING in terms of response time to natural disasters- they create data that is needed for emergency management systems to respond accurately. I don’t believe they are mapping anything in response to the Northern California fires, as much of the US is pretty well mapped already, but you can go over to http://tasks.hotosm.org/ and check out where you can help by virtually mapping. If anyone wants to learn more about humanitarian mapping, please send me a message.

I wanted to suggest this because I think more people should know about humanitarian mapping as an option to help those in need.

I live in a fire-affected county and can definitely share information on specific organisations to donate to, if people are interested in an expanded (and Red Cross/Salvation Army-free) list.

Those who work for large companies may want to ask about employer matching. A lot of big corps will match employee contributions up to a certain amount either as an ongoing concern or for a specific event, and people aren’t always aware of it. That’s also something to look into as a possibility for matching WTFJHT funds.

Also, especially for localised disasters in the US, local banks and credit unions often start disaster funds. They know their communities and can distribute funds fast to individual victims as well as community organizations. (e.g. in California, the Savings Bank of Mendocino County and Redwood Credit Union are both administering fire funds and I’m sure other local financial institutions are too.) When I want the best bang for my buck, that’s often the first place I check.

local banks and credit unions often start disaster funds. They know their communities and can distribute funds fast to individual victims as well as community organizations.

Good suggestion. I noticed this is what popped up early in the Sonoma County fires.

First off, thanks to all of you for actually caring about us.
I live in Sonoma County and while I’m not personally affected a lot of the people I care about are.
I’m going to be making weekly updates where I’m going to be providing important fundraisers I find along with data on the fires (how many there are, how many have been put out, and the effects of the fires locally) along with my personal thoughts, basically in an attempt to hopefully make people keep caring about us and provide info
This is my first one, I have in it fundraisers for my friend’s farm which burnt down, Santa Rosa (they made one it’s the city that was destroyed here), the school for autistics that I went to that was destroyed, and a reservation that is trying to become a permanent evacuation center 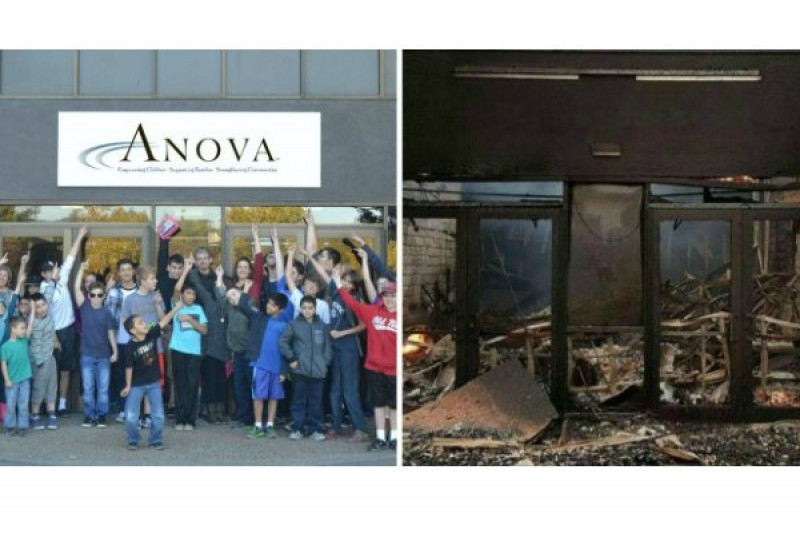 Adaptability and Uncertainty: 1st update on the Santa Rosa fires, 1 week after...

(I’ve decided that I would do weekly updates on the fire’s effects so people know what’s going on from a personal perspective not just the news one, both providing data and my own experiences. If you’re interested in following you can subscribe to...

@lnseitz This sounds a lot like Crowd Rescue HQ!

Yes, it does, as does Judith’s suggestion.

Hey @matt - I read your WTF every morning… Appreciate you. Your comments regarding how the fires have impacted so many of your friends and family really touched me. In 2003, my family lost their home of 18 years in the Cedar fires down in San Diego. We were fortunate to have support of friends and family as we slowly rebuilt our lives. In 2007, the Witch Creek Fires destroyed a neighboring San Diego Community. And, in that dark time, Cedar fire survivors decided it was their turn to “Pay It Forward”. As a result of what we learned in the 2003 fires, we created 1000 Out of the Ashes boxes to provide to families newly impacted by fires. The boxes are a place for fire survivors to store all of the information/materials/papers/receipts they acquire within the first few months after their loss. Inside the boxes are pre-labelled file folders to help fire survivors start to reorganize their lives one step at a time. Even with so many documents digitally right now, these boxes really help to begin restoring order for many feeling out of control. I’m so happy to share with you that on Sunday (10/22), nearly 100 volunteers will be assembling another 1000 Out of the Ashes Boxes at the Intuit headquarters in San Diego. This time, we’re going to be renting a 24 foot truck, driving up the coast, and delivering the boxes up to Santa Rosa and surrounding communities. We hope to once again “Pay It Forward” and provide support to CA residents experiencing a similar loss to what we went through. If you want to follow our journey, we’ve created a Facebook page: Facebook.com/outoftheashesbox and we’ve also started a gofundme page to help offset the costs of the boxes, contents of the boxes, and truck rental to deliver the 1000 boxes to Northern California: http://tinyurl.com/ycq7ms97.
-Jamie: Current Mood: :

Out of the Ashes boxes

That’s a really interesting idea. I like how it’s tangible and specific, instead of being open-ended and undirected. Thanks!

Off the Grid in SF started a gofundme for feeding first responders and shelters. A fantastic use of their strengths!

@matt - Wanted to share an update regarding the project I had let you know we were spearheading… This News Story succinctly and accurately captured the heart of the Out of the Ashes Box Project…San Diego residents impacted by the Cedar and Witch Creek fires united together to help survivors of the NorCal Fires. Our message was “We have walked in your shoes and we want to help you. We wish you resiliency in this challenging time.” https://www.nbcsandiego.com/news/local/Local-Fire-Survivors-Prepare-Care-Packages-for-Northern-California-Fire-Victims-452340913.html

We were fortunate to have had hundreds of people that volunteered their time and/or contributed toward the 1000 Out of the Ashes Boxes that were distributed throughout Sonoma County. It was amazing to see the project come to fruition so quickly and efficiently! Donations to cover the costs associated with this project: http://tinyurl.com/ycq7ms97

It’s very, very YUGE, but this administration is causing disasters even bigger than the wildfires.

My brain struggles to take it all in: the emotional damage to law-abiding immigrants now afraid of deportation; to anyone living with a disability or chronic illness worried about losing health care or benefits; to gay, trans, black and Muslim Americans; to most people employed by or contracted government departments and programs; to anyone well-versed in science or history or the environment; and to those of us who forgot to save a few million bucks toward our old age since Medicare and Social Security won’t be there.

I don’t have a solution. I wish I did. I just felt the need to put it out there. I know the funds exist to solve practically any problem, but they are just sitting in peoples’ accounts.

It’s very, very YUGE, but this administration is causing disasters even bigger than the wildfires.

Thanks for you thoughts. You’re a few months to this thread and I think you’ve missed important context with your rush to reply… This isn’t about finding money to solve a political issue. It was about discovering the WTFamily’s interest and willingness to support those in need following a tragedy/act of god beyond their control.