Wait what?! One of Trump’s national security advisors leaked to the press? That’s actual very concerning.

This quote explains better than I can,

That level of information suggests a closeness to the President that doesn’t come from some junior staffer popping off. This feels like a purposeful leak at the highest levels of presumably the national security apparatus designed to publicly embarrass the President. 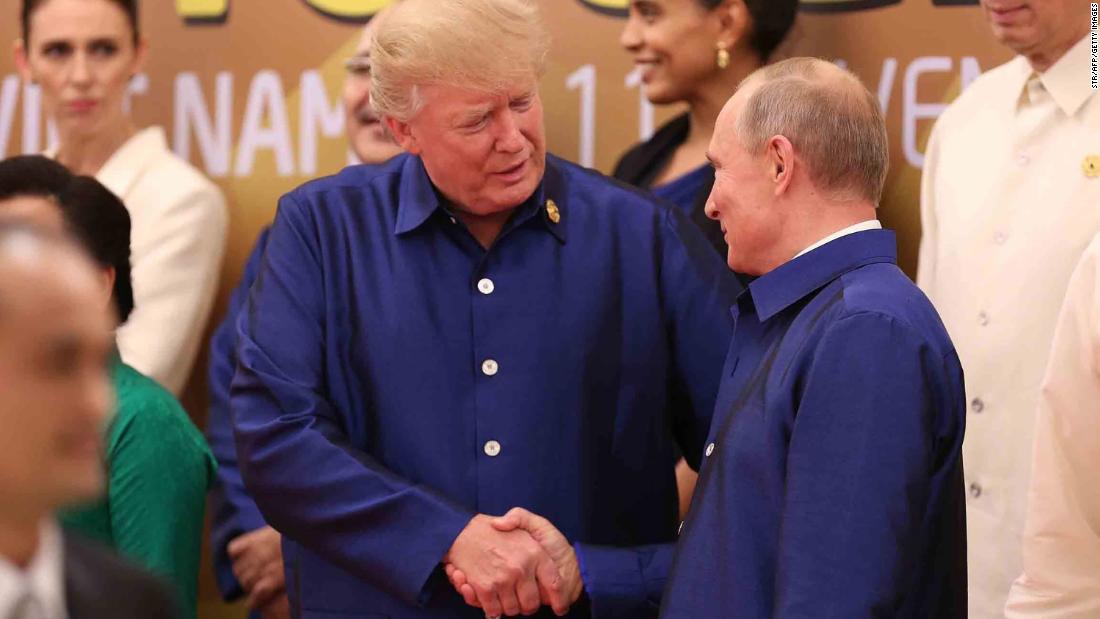 The fact that President Donald Trump either didn't read or ignored a warning in his briefing papers not to congratulate Russian President Vladimir Putin on a phone call between the two men Tuesday is a sexy story. But, it is not the real story here.

I don’t know whether this is that newsworthy, but it sure explains a lot. I guess perception is reality. Just like DeVos needs to get her butt into those low performing schools, these guys need to spend a little time experiencing life as, I assume, most of us live it: 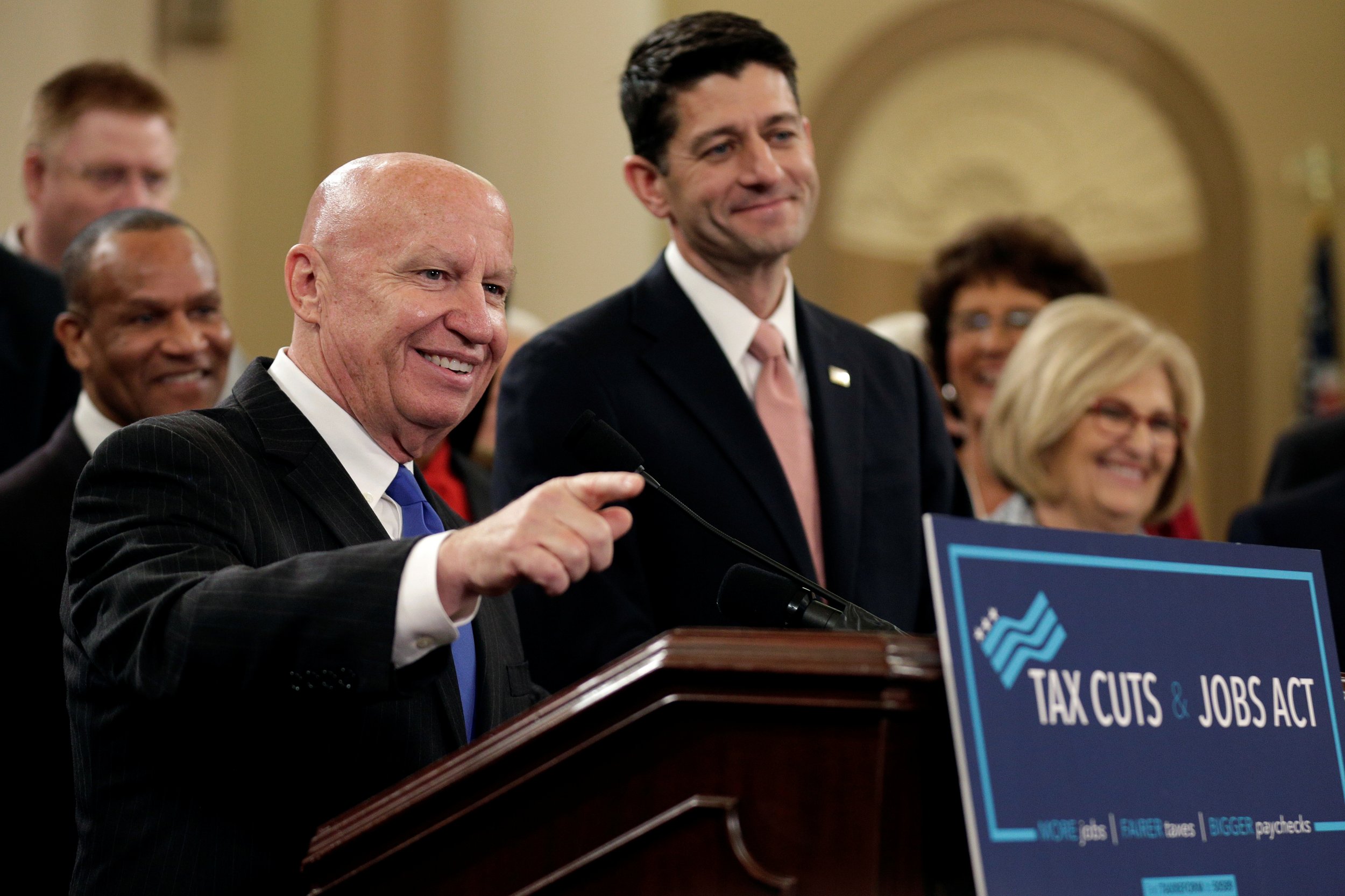 House Republicans claim an annual salary of $450,000 is middle class

A tax reform highlight sheet circulated by House Republicans referred to taxpayers earning $450,000 a year as "low- and middle-income."

You’d think an economist would know what $1000 can buy!

You’d think. But a member of the cabinet has no idea what $1,000 can buy either. Obviously, it wouldn’t pay for acceptable furniture. The Carsons seem to think $1,000 would only get you a crappy chair or a dining room set made of particle board that you’d have to assemble yourself. And Zinke’s office doors? Why buy those cheap 6 panel doors when you can get fancy french doors for $139,000. And we won’t even mention how far you might travel by air for a measly $1,000 since Price obviously couldn’t live without a travel budget of at least $52,000. It’s as if they’re competing with each other for who can spend the most for needless indulgences. Can you imagine how many homeless people could have been fed if they had all kept their expenses down to $1,000?

He capped off his second tweet with an all-caps: “PEACE THROUGH STRENGTH!”

War is peace, freedom is slavery, ignorance is strength. –1984

I called President Putin of Russia to congratulate him on his election victory (in past, Obama called him also). The Fake News Media is crazed because they wanted me to excoriate him. They are wrong! Getting along with Russia (and others) is a good thing, not a bad thing…

I don’t know how many of you read my comments on Amazon’s Alexa in the now closed thread “Matt’s Secret Project”, but here’s an excerpt from it. Use of the words she or her refer to Alexa.

Apparently, Alexa is paying good attention to news sources we should be watching too… 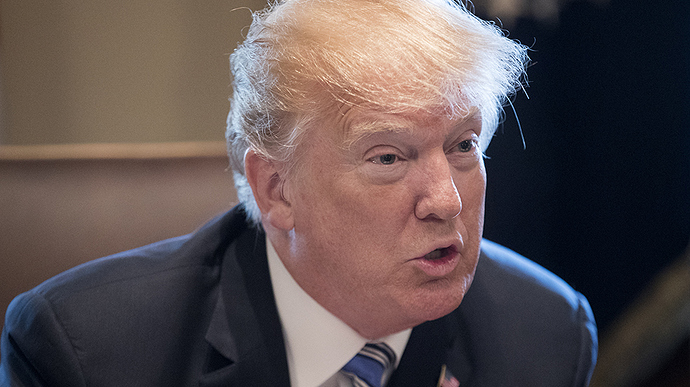 President Trump on Thursday will announce his plans to crack down on China with what could possibly be billions in tariffs and restrictions on investment, a move that could set off a trade war.

How long will it take to get America back?

No dude, the WH is mad because someone with super high security clearance leaked to the press words from his security briefing. It’s a serious offense even during a normal presidency.

Make America ours again? Anybody know of a cheap hat maker? I’d wear one.

Payback’s a bitch. Just in… 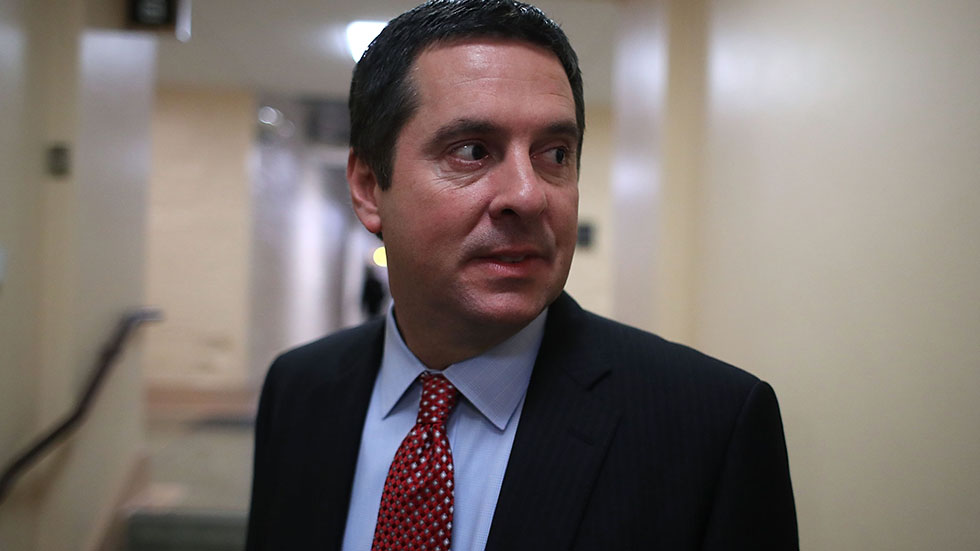 Tonight Rachel Maddow continued her groundbreaking reporting on the nefarious deeds of one Elliott Broidy and one George Nader. Broidy is the deputy finance chairman of the Republican National Committee as well as a frequent drop-in at the Oval Office. Nader, who might best be described as “Broidy’s sidekick” is well connected to both the ruler of the U.A.E and the crown prince of Saudi Arabia. Incidentally, in 2009, Broidy confessed to distributing $1 million in bribes and, in 2003, the Czech Republic convicted Nader of pedophilia. Quite the pair of sterling characters! Just the kind of lowlifes you’d expect to gravitate to Trump’s White House.

News just broke that Mueller granted Nader immunity as a cooperating witness and has summoned him back from overseas for further testimony – a sure sign we’re onto something bigly here.

Rachel interviewed, Mark Mazzetti, a New York Times reporter, who is currently sifting through a huge trove of leaked documents that appear to reveal a multi-million dollar influence peddling operation concocted by this duo. Here’s Rachel’s penetrating analysis followed by the interview: And here’s the NYT article co-authored by Mazzetti: 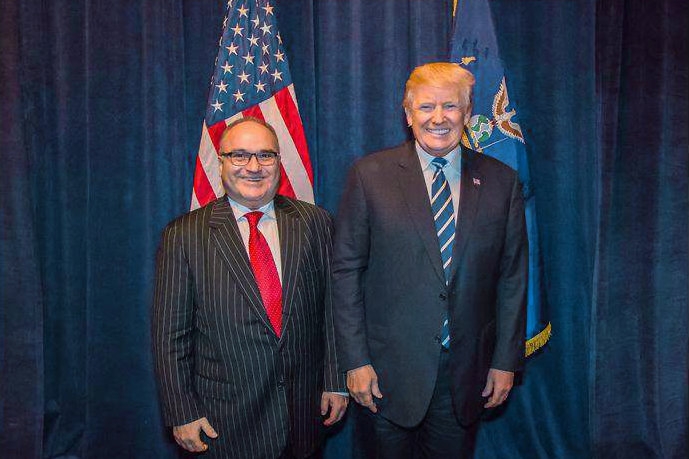 How 2 Gulf Monarchies Sought to Influence the White House

Hundreds of pages of correspondence between two intermediaries reveal an active effort to win over President Trump on behalf of Saudi Arabia and the United Arab Emirates.

The takeaway: OK, I’m going out on a limb here, but I have a feeling this story is a veritable powder keg. We could be looking at a massive political corruption scheme fed by the promise of $1 billion in contracts of which $200 million has already been delivered by the U.A.E. The scheme may well involve the Republican National Committee and Trump himself. And this doesn’t even include the previously reported capers of these two bumbling Beagle Boys.

It’s as if they’re competing with each other for who can spend the most for needless indulgences.

Are you sure they aren’t? I have the dark impression that this is clueless by choice & conspiracy, just like the unprecedented national debt that Republicans now endorse, when they used to at least pretend to represent fiscal conservatism? I cannot recall a time when we saw SO many of either party that are so blatantly wasting taxpayer dollars in ridiculous & obvious ways (such as building “the wall”)…do they WANT our government to fail? Everything trump does seems to suggest that, and some in the GOP have clearly been doing his bidding in very strange ways. I wish I could draw some happier conclusion, but just look at all the worst, truly-incompetent people that trump has put in charge. It all fits…I wish it didn’t.

Your points are all good ones. I wasn’t kidding when I suggested Trump may be paying off people in the WH (in this case, his cabinet) for loyalty which includes not releasing information. This isn’t coming out of his pocket, but he is approving the spending so it’s even better. He can bribe people with the Government’s money. It’s undeniably corrupt and outright inappropriate. It’s money that we pay in taxes to ensure the welfare of the people of this country. I still don’t get why there are people who approve of this man when he’s surrounded by all of these stories. It may be these very same people who will end up on welfare because Trump never got them the jobs they were offered. And as for the tariff on Chinese goods, it’s going to badly hurt major retailers who, in turn, will either raise prices, or cut back on staffing and wages. How can this possibly be good for America? Everybody lauded Trump because he was going to run the U.S. like a business. Well, first of all, that model doesn’t work. We need an expert on the government and the rules of law that go with it. And even if it did work, the business leader would need to be successful at what he does and not because he is constantly firing people, running up bills, partying on the company’s dime, and making promises he never had intentions of keeping. As things stand, there probably won’t be a happier conclusion, at least until the midterm elections…hopefully.

I wasn’t kidding when I suggested Trump may be paying off people in the WH (in this case, his cabinet) for loyalty which includes not releasing information. This isn’t coming out of his pocket, but he is approving the spending so it’s even better. He can bribe people with the Government’s money. It’s undeniably corrupt and outright inappropriate. It’s money that we pay in taxes to ensure the welfare of the people of this country.

Everybody lauded Trump because he was going to run the U.S. like a business.

They forgot to specify “a successful, competent, honest & ETHICAL” businessman. I only wish that watching this play out was half as funny as Dudley Moore’s wishes in the movie “Bedazzled”…that’s really what this reminds me of. (He kept being tricked by the Devil, he got everything he wished for, quite literally, but somehow he was never quite specific enough. It’s a wonderful movie, very educational…

“Speculation”? How is that different from “share perspectives”?
And I’m not being flip, I’d really like to know.

I watched that Maddow segment too. She really does a great job setting up the story and walking you through the plot points.

Well, one is about a point of view based on what is known, and the other is conjecture rooted in a lack of supporting evidence.

Absolutely. It’s just a gut reaction to what I’ve observed and the fact that he or his attorneys paid off the women to keep them quiet. My gut, admittedly, isn’t perfect. But it’s easy enough to imagine what "could’ be going on. I certainly have no evidence it is actually going on. My imagination frequently takes over because part of me still sees the ongoing events as a fictional thriller. My mind cannot wrap its self around what’s going on. So, I compensate by anticipating the next chapter of this fictional story, until I have to face facts and accept that this is reality. But it’s still intriguing to try and second guess what’s going on behind the scenes. I’m sure if it ever comes out, we may all be amazed.