This thread has ended. The discussion continues: The Latest - Monday, October 12

1/ House Democrats introduced legislation to create a bipartisan commission to review whether Trump and future presidents are capable of carrying out their duties. The legislation would allow Congress to intervene under the 25th Amendment and remove the president from executive duties. Speaker Nancy Pelosi said the measure “is not about President Trump,” but suggested that Trump needs to disclose more about his health after his COVID-19 diagnosis. Pelosi also noted Trump’s “strange tweet” haltin…

Trump was involved in not one but TWO $21M scams, with dual reporting coming in from the NYT and WaPo.

More details continue to come out about the Michigan plot, including a plan to attack police in their homes.

The Wolverine Watchmen militia group didn’t just plot to kidnap Gov. Gretchen Whitmer, but they were on a mission to attack the state Capitol and target police officers at their homes as part of a broader mission to instigate a civil war You cannot make this up. In the recent HBO Watchmen series, the police wear masks because a white nationalist militia attacked them in their own homes. And here we have a group CALLING itself the Watchmen who wanted to do exactly that. Nuts.

Twitter will impose new warnings on political lies, restrict premature declarations of victory and block calls for polling violence or other disruptions, the company announced Friday as it rolled out a wide-ranging package of reforms designed to...

Here is a sitting sheriff, Dar Leaf, mansplaining how the conspirators who wanted to kidnap Gov. Whitmer & attack police in their homes were “always nice to me” & may have “wanted to make a citizens’ felony arrest.”

I think he missed the point.

This interview with a sitting sheriff in Michigan is absolutely wild. https://t.co/h7WKsrAqCZ 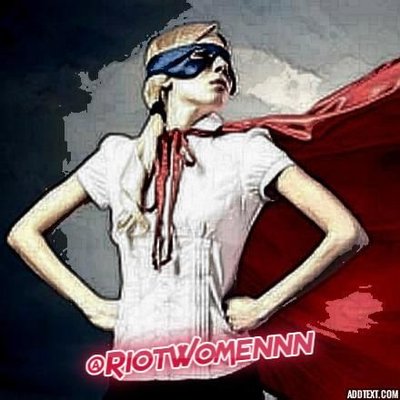 Sheriff Dar Leaf of Barry County, Michigan on stage with man who planned to kidnap Governor Whitmer Law enforcement & local communities need to come together to clean up this dangerous mess No doubt the FBI is all over this little cowardly Sheriff Tick tock https://t.co/vvo7ZL40cC 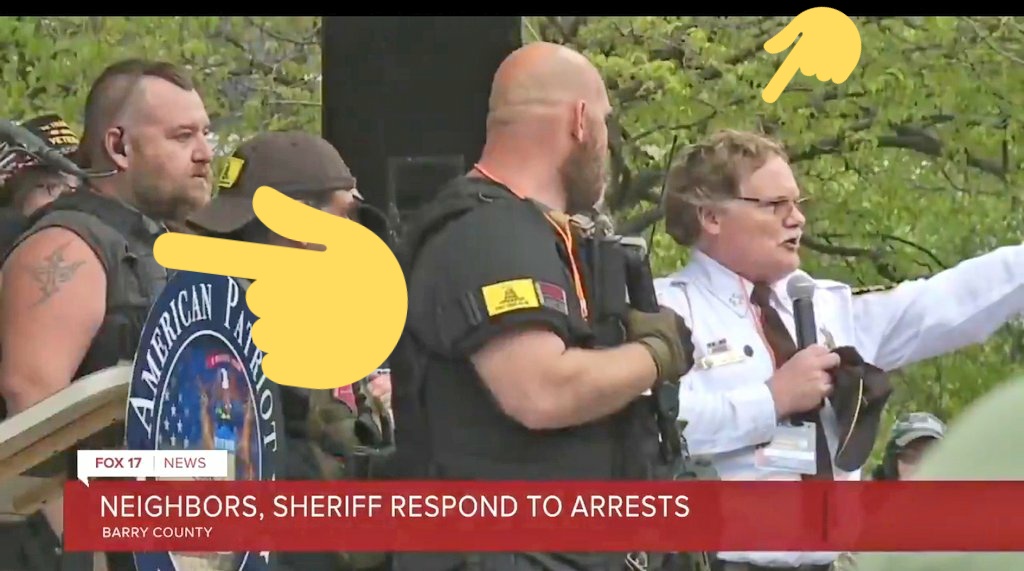 Another installment from NYT on T’s Taxes.

A windfall coming from Phil Ruffin - $21 million…that helped fund his campaign at a crucial time. 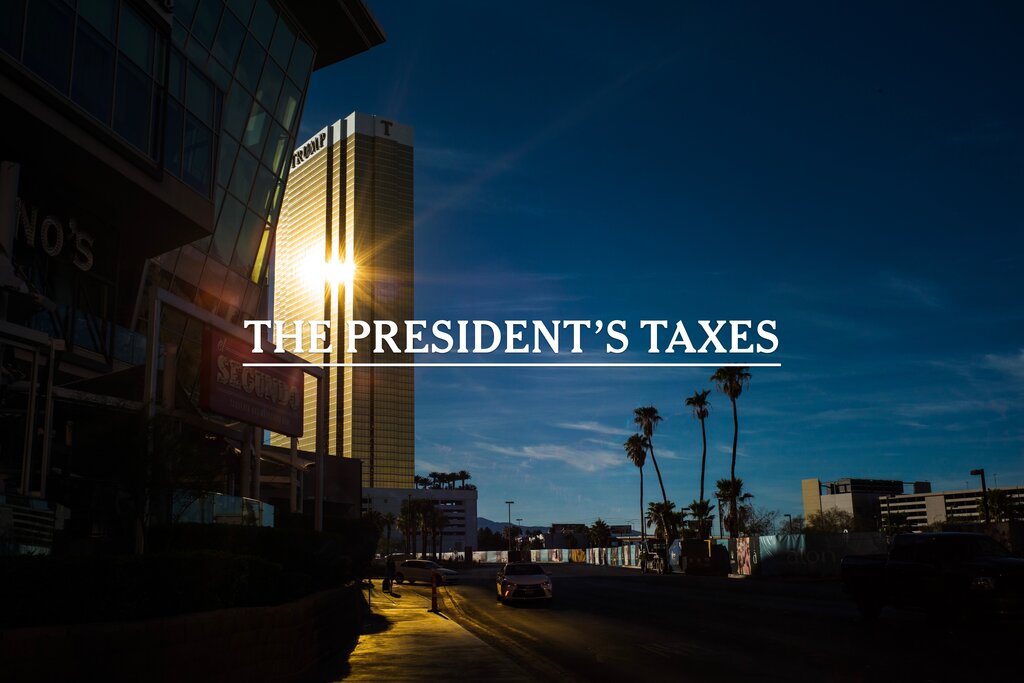 Trump’s Taxes Show He Engineered a Sudden Windfall in 2016

Over $21 million in highly unusual payments from the Las Vegas hotel Donald Trump owns with Phil Ruffin were routed through other Trump companies, then directed to Mr. Trump.

Tax records expose more than $21 million in highly unusual payments from the Las Vegas hotel Donald Trump owns with Phil Ruffin, routed through other Trump companies and paid out in cash

His “self-funded” presidential campaign was short on funds, and he was struggling to win over leery Republican donors. His golf courses and the hotel he would soon open in the Old Post Office in Washington were eating away at what cash he had left on hand, his tax records show.

And in early 2016, Deutsche Bank, the last big lender still doing business with him, unexpectedly turned down his request for a loan. The funds, Mr. Trump had told his bankers, would help shore up his Turnberry golf resort in Scotland. Some bankers feared the money would instead be diverted to his campaign.

And the president’s long-hidden tax records, obtained by The New York Times, also reveal this: how he engineered a sudden financial windfall — more than $21 million in what experts describe as highly unusual one-off payments from the Las Vegas hotel he owns with his friend the casino mogul Phil Ruffin.

In previous articles on the tax records, The Times has reported that, in all but a few years since 2000, chronic business losses and aggressive accounting strategies have allowed Mr. Trump to largely avoid paying federal income taxes. And while the hundreds of millions of dollars earned from “The Apprentice” and his attendant celebrity rescued his business career, those riches, together with the marketing power of the Trump brand, were ebbing when he announced his 2016 presidential run.

The new findings, part of The Times’s continuing investigation, cast light on Mr. Trump’s financial maneuverings in that time of fiscal turmoil and unlikely political victory. Indeed, they may offer a hint to one of the enduring mysteries of his campaign: In its waning days, as his own giving had slowed to a trickle, Mr. Trump contributed $10 million, leaving many people wondering where the burst of cash had come from.

The tax records, by their nature, do not specify whether the more than $21 million in payments from the Trump-Ruffin hotel helped prop up Mr. Trump’s campaign, his businesses or both. But they do show how the cash flowed, in a chain of transactions, to several Trump-controlled companies and then directly to Mr. Trump himself.

The bulk of the money went through a company called Trump Las Vegas Sales and Marketing that had little previous income, no clear business purpose and no employees. The Trump-Ruffin joint venture wrote it all off as a business expense. 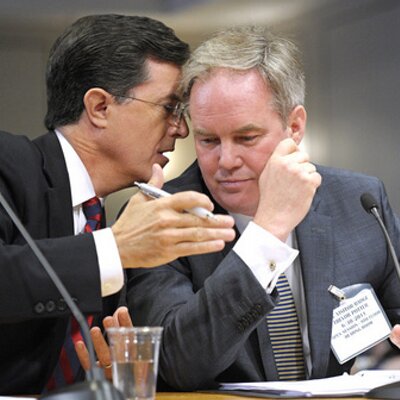 The @nytimes reported today that Donald Trump may have illegally financed his 2016 campaign with a secret loan that potentially exceeded legal limits. The report is the latest in a Times series examining Trump's tax returns. Thread below. (1/8) nytimes.com/interactive/20…

The @nytimes reports that in September 2016, at the height of the presidential campaign, Trump quietly took out a $30 million bank loan in the name of an LLC that he jointly owns with billionaire developer Phil Ruffin, with Trump Tower Las Vegas as collateral. (2/8)

Tax records show the LLC paid Trump over $21 million in 2016 & claimed a tax deduction on the payments. 6 weeks after obtaining the loan, Trump gave $10 million to his campaign. Federal law requires that candidates disclose bank loans used in connection w/ their campaign. (3/8)

If Trump secretly financed his 2016 campaign using an undisclosed bank loan backed by a billionaire developer, then voters have been illegally deprived of important information about the true sources of Trump's financial support. (4/8)

Additionally, if the LLC took a tax deduction for the payments to Trump, it would mean that Trump secretly relied on taxpayers to help subsidize his 2016 campaign. (5/8)

Disclosure to voters in 2016 would have been important, since Trump’s claim that he was self-financing his campaign was central to his message. The @nytimes also reports Phil Ruffin guaranteed the loan. Under campaign finance law, such a guarantee is treated as a...(6/8)

Trump would have violated the law by accepting an excess contribution from Ruffin in the form of a loan guarantee and failing to report it. (8/8)
1 Like
👑 Portrait of a President
dragonfly9 October 9, 2020, 8:17pm #6

NBC reporting - How can Bill Barr have two different interpretations of this?

Michigan A.G. to CNN on Bill Barr: "He had no idea there were any threats ... yet his own authorities were actively working to foil these types of plans ... which seems very curious to me that either A: He didn't know what was happening in his own DOJ or B: He committed perjury."
1 Like
dragonfly9 October 9, 2020, 8:19pm #7

Tonight’s Fox “Live” Dr. check of the president is not Live or in person but the Dr. will work remotely.

The "medical evaluation" of Trump tonight on Fox News will not be live. It will be conducted remotely by Dr. Marc Siegel, who will not be with Trump at the White House. Telemedicine has really made a lot of leaps and strides this year.
1 Like
matt (Matt Kiser) closed October 15, 2020, 5:04pm #8