Secretary of State for California is taking VP Elect Kamala Harris’ Senate seat. He ran the CA elections and has a great reputation…and will hopefully win the seat on his own in 2022. 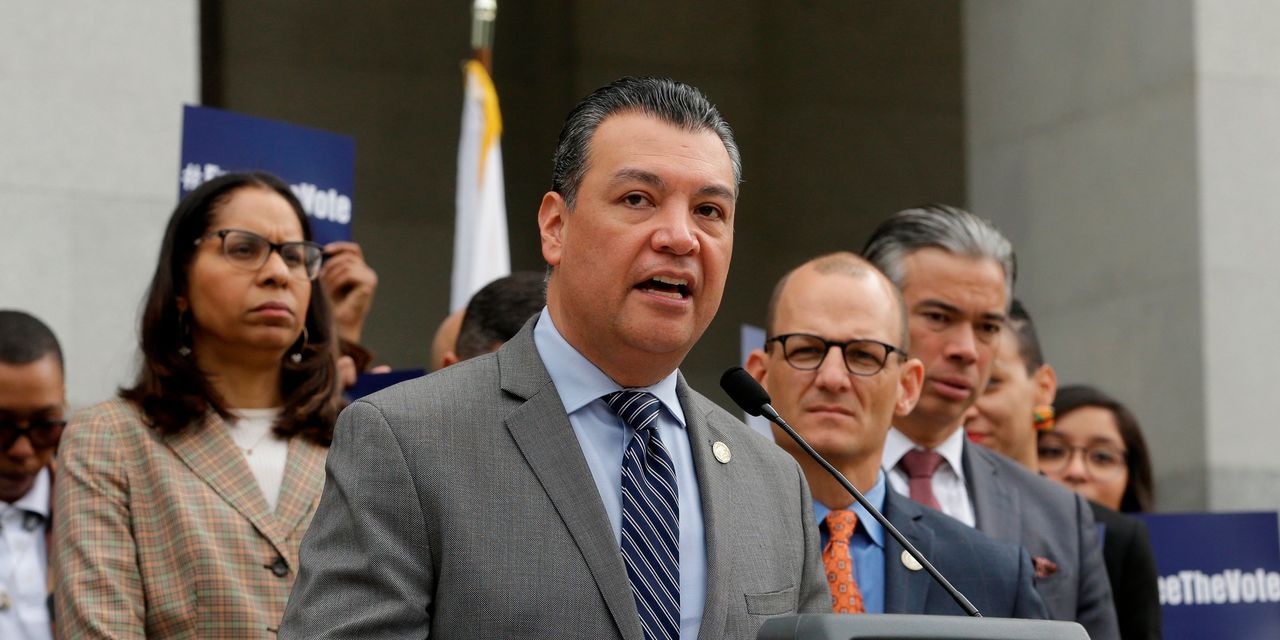 California Secretary of State Alex Padilla will become the first Latino senator to represent the state.

Ms. Harris, the second nonwhite senator elected to represent California, is set to vacate the seat when she takes higher office on Jan. 20 and Mr. Newsom had been under intense pressure to appoint a person of color to replace her.

“Through his tenacity, integrity, smarts and grit, California is gaining a tested fighter in their corner who will be a fierce ally in D.C., lifting up our state’s values and making sure we secure the critical resources to emerge stronger from this pandemic,” Mr. Newsom said of Mr. Padilla.

Leaders in the Latino community had argued that the group’s sheer numbers—40% of the state’s population and growing—and the role its growth played in turning California solidly blue warranted a seat in the U.S. Senate.

As Mr. Padilla, 47 years old, emerged as a front-runner in recent weeks, several groups of activists, church leaders and politicians mobilized in an attempt to convince Mr. Newsom to instead appoint a Black woman. They pointed to the fact that Ms. Harris’s departure will leave no other Black women in the U.S. Senate. Rep. Karen Bass, who was widely discussed as a possible candidate for the post, said allowing that to happen would be “shameful.” Rep. Barbara Lee had also expressed interest.

“From those struggling to make ends meet to the small businesses fighting to keep their doors open to the health-care workers looking for relief, please know that I am going to the Senate to fight for you,” Mr. Padilla said in a statement. “We will get through this pandemic together and rebuild our economy in a way that doesn’t leave working families behind.”

The seat is safely Democratic and Mr. Padilla will have to run for the seat in 2022; he filed paperwork Tuesday with the Federal Election Commission to create a campaign committee. President-elect Joe Biden has also tapped California Attorney General Xavier Becerra, who is Latino, to serve as secretary of health and human services, so Mr. Newsom could have another high-level position to fill, should Mr. Becerra be confirmed by the Senate.