This thread has ended. The discussion continues: The Latest – Wednesday, January 6

Republican Senator Inhofe from Oklahoma is showing some spine and refusing to contest the Electoral College votes cast. The other OK Sen Lankford is also onboard.

JAN 5, 2021 - Oklahoma Sen. Jim Inhofe, breaking with his home state colleague and President Donald Trump, said Tuesday he will not join a Republican effort to challenge Electoral College votes this week. “To challenge a state’s certification, given...

Oklahoma Sen. Jim Inhofe, breaking with his home state colleague and President Donald Trump, said Tuesday he will not join a Republican effort to challenge Electoral College votes this week.

“To challenge a state’s certification, given how specific the Constitution is, would be a violation of my oath of office — that is not something I am willing to do and is not something Oklahomans would want me to do,” Inhofe said in a statement.

The senator said he supported Trump and understood the frustration of some of his fellow Republicans.

But, he said, “My job on Wednesday is clear, and there are only two things I am permitted to do under the Constitution: ensure the electors are properly certified and count the electoral votes, even when I disagree with the outcome.”

Oklahoma Sen. James Lankford said Saturday that he would vote against certifying the Electoral College results unless Congress created a special commission to investigate allegations of voting irregularities in some states.

The operation was underway for more than a month after it was uncovered, according to four government agencies that described the hacking as an intelligence-gathering effort.

American intelligence agencies formally named Russia as the “likely” source of the broad hacking of the United States government and private companies, and declared that the operation was “ongoing” nearly a month after it was discovered.

The statement — jointly issued by four government agencies — was a clear rebuke of President Trump’s effort, in posts on Twitter, to suggest that China was behind the hacking. But inside the intelligence agencies, there are few doubts that Russia is responsible. There has been no information gathered pointing to China, according to people briefed on the material.

The statement also underscored the degree to which American intelligence agencies are still playing catch-up, after being alerted in mid-December by private security firms to the broadest and deepest penetration of American computer networks in modern times.

The carefully worded statement is as definitive a blaming of Russia as the United States has made, and echoed the early statements in 2016 about the Kremlin’s interference in the election. It took months in that case to link the attacks back to orders given by President Vladimir V. Putin.

As Understanding of Russian Hacking Grows, So Does Alarm

Those behind the widespread intrusion into government and corporate networks exploited seams in U.S. defenses and gave away nothing to American monitoring of their systems.

On Election Day, General Paul M. Nakasone, the nation’s top cyberwarrior, reported that the battle against Russian interference in the presidential campaign had posted major successes and exposed the other side’s online weapons, tools and tradecraft.

“We’ve broadened our operations and feel very good where we’re at right now,” he told journalists.

Eight weeks later, General Nakasone and other American officials responsible for cybersecurity are now consumed by what they missed for at least nine months: a hacking, now believed to have affected upward of 250 federal agencies and businesses, that Russia aimed not at the election system but at the rest of the United States government and many large American corporations.

Three weeks after the intrusion came to light, American officials are still trying to understand whether what the Russians pulled off was simply an espionage operation inside the systems of the American bureaucracy or something more sinister, inserting “backdoor” access into government agencies, major corporations, the electric grid and laboratories developing and transporting new generations of nuclear weapons.

At a minimum it has set off alarms about the vulnerability of government and private sector networks in the United States to attack and raised questions about how and why the nation’s cyberdefenses failed so spectacularly.

Cleta Mitchell, attorney who was on Trump's phone call with GA Sec of State, has resigned from her law firm. “Cleta Mitchell has informed firm management of her decision to resign from Foley & Lardner effective immediately," her firm said.
3 Likes
dragonfly9 January 6, 2021, 12:59am #5 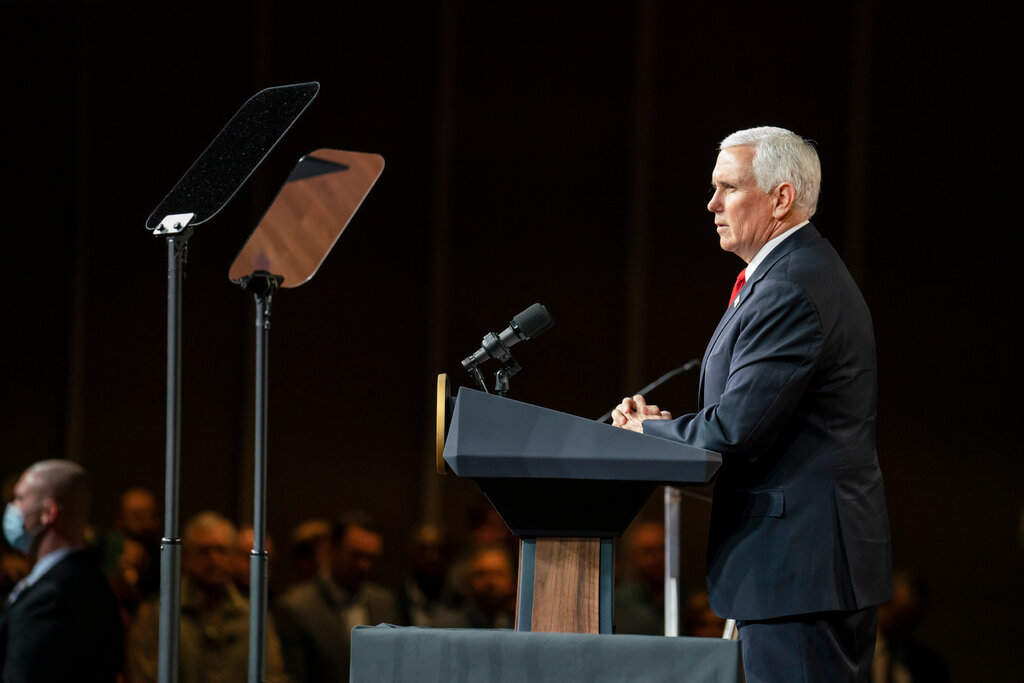 A day before he presides over a joint session of Congress to ratify Joseph R. Biden Jr.’s victory, the vice president tried to lower the president’s expectations while seeking ways to mollify him.

Vice President Mike Pence told President Trump on Tuesday that he did not believe he had the power to block congressional certification of Joseph R. Biden Jr.’s victory in the presidential election despite Mr. Trump’s baseless insistence that he did, people briefed on the conversation said.

Mr. Pence’s message, delivered during his weekly lunch with the president, came hours after Mr. Trump further turned up the public pressure on the vice president to do his bidding when Congress convenes Wednesday in a joint session to ratify Mr. Biden’s Electoral College win.

“The Vice President has the power to reject fraudulently chosen electors,” Mr. Trump wrote on Twitter on Tuesday morning, an inaccurate assertion that mischaracterized Mr. Pence’s largely formal and constitutionally prescribed role of presiding over the House and Senate as they receive and certify the electoral votes conveyed by the states and announcing the outcome.

Mr. Pence does not have the unilateral power to alter the results sent by the states to Congress.

"We are flying a plane into the Capitol on Wednesday. Solemani will be avenged," the threat said.

Multiple air traffic controllers in New York heard a chilling threat Monday in audio obtained exclusively by CBS News: “We are flying a plane into the Capitol on Wednesday. Soleimani will be avenged.”

The threat refers to Qassem Soleimani, the Iranian general killed last year in a U.S. drone strike ordered by President Trump. It was made on the one-year anniversary of Soleimani’s death, for which Iranian officials have long vowed revenge.

It’s unclear who sent the threat. While the government does not believe the warning of an attack is credible, it is being investigated as a breach of aviation frequencies, CBS News has learned.

Sources told CBS News that the Pentagon and other agencies were briefed Tuesday about the digitized voice recording. The sources said they believe the threat was designed to suggest hitting the Capitol on the same day Congress is set to count the Electoral College results.

Experts said the intrusion is concerning because it could affect the instructions pilots get about how and where planes fly.

Sources told CBS News a message was sent to air traffic controllers on Tuesday reminding them that any threat or a plane deviating from its flight path should be reported immediately.

The FBI is not commenting but said it takes “all threats of violence to public safety seriously.” The Federal Aviation Administration said it is in contact with law enforcement.

"It's more likely this is an act to benefit the protests scheduled for tomorrow in support of President Trump," one former U.S. counterterrorism official who specializes on Iran and its allied militias told Newsweek.

The fact that this Trump statement has the wrong year on it pretty sums up the quality of its content overall. twitter.com/maggieNYT/stat…

Here’s the president’s denial of our reporting, which we stand by. https://t.co/7CxaV5Eqdl

Here’s the president’s denial of our reporting, which we stand by. https://t.co/7CxaV5Eqdl 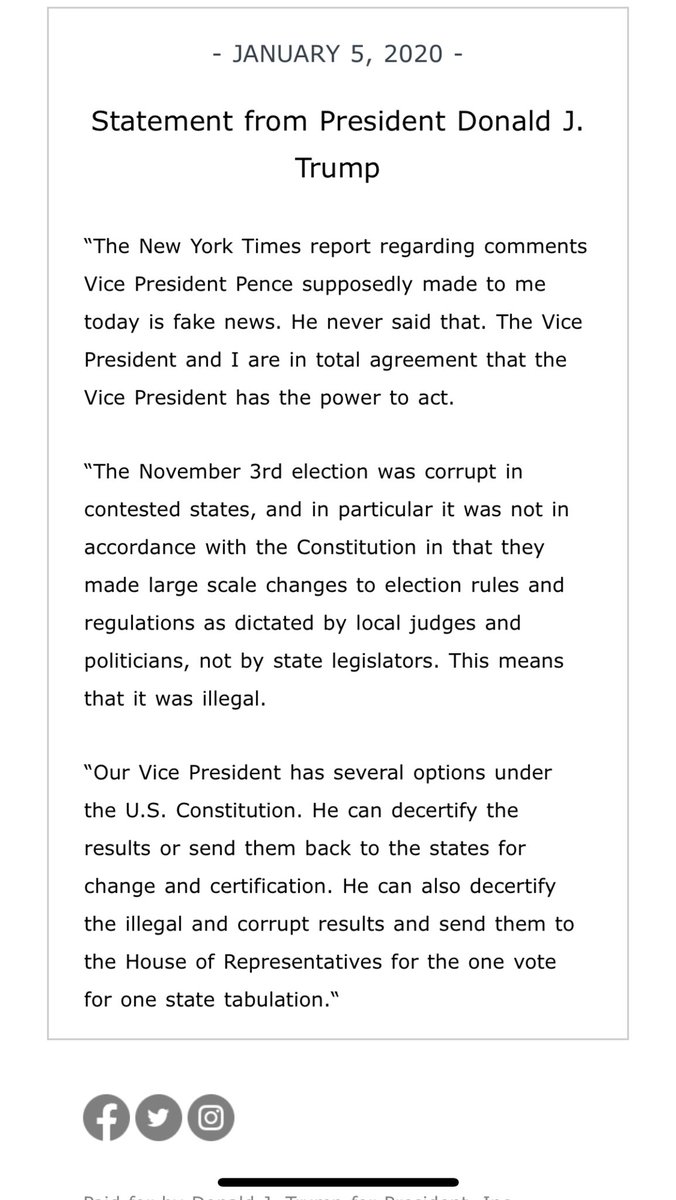 "There is no constitutionally viable means for the Congress to overturn an election wherein the states have certified and sent their Electors."

Why it matters: Scott, who joins several veteran Republican senators standing firm against President Trump’s efforts to overturn his legitimate election defeat, sparked buzz about a 2024 presidential run after getting the red carpet treatment at the Republican National Convention in August.

The big picture: Scott’s argument echoes that of other pro-Trump dissenters, like Sens. Tom Cotton (R-Ark.) and Mike Lee (R-Utah), who are worried about the precedent that will be set by their GOP colleagues’ effort and the potential damage to American democracy.

What he’ll say: “As I read the Constitution, there is no constitutionally viable means for the Congress to overturn an election wherein the states have certified and sent their Electors,” Scott says in a draft copy of his statement obtained by Axios. 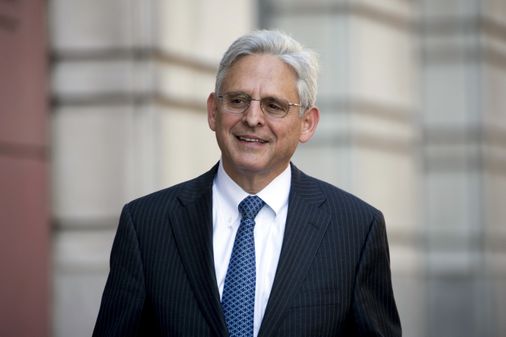 Pence is underway with his ministerial duties and confirming the Presidential election. 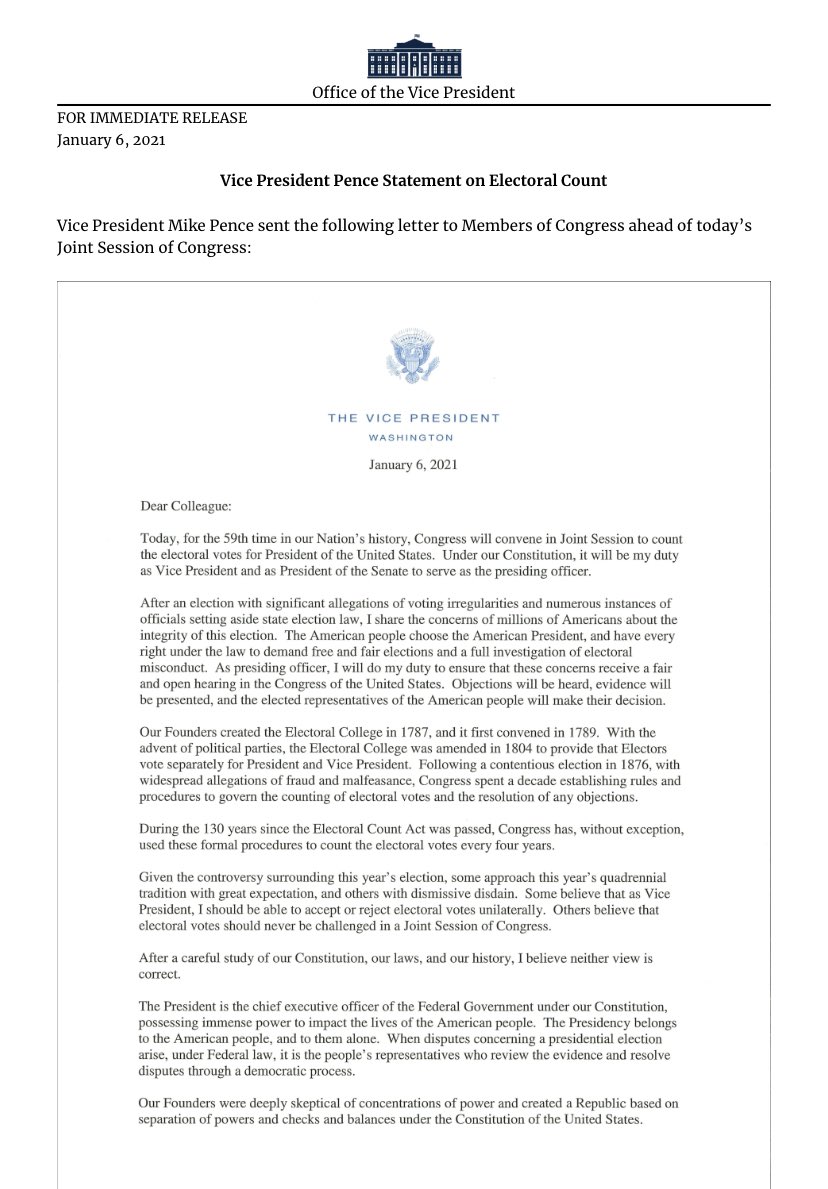 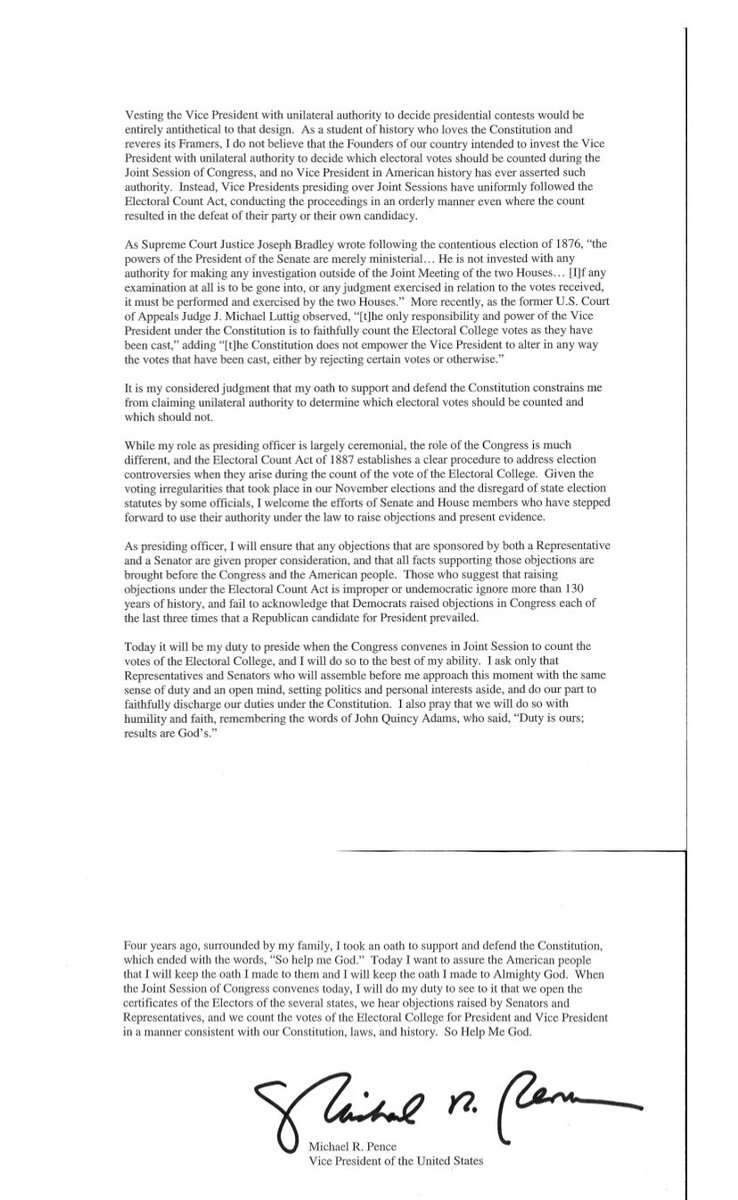 Trump fans are getting anxious. They were told this speech would contain the secret plan to win back the election for Donald Trump. Not happening, and they're not happy. https://t.co/6GuMLDzTZj 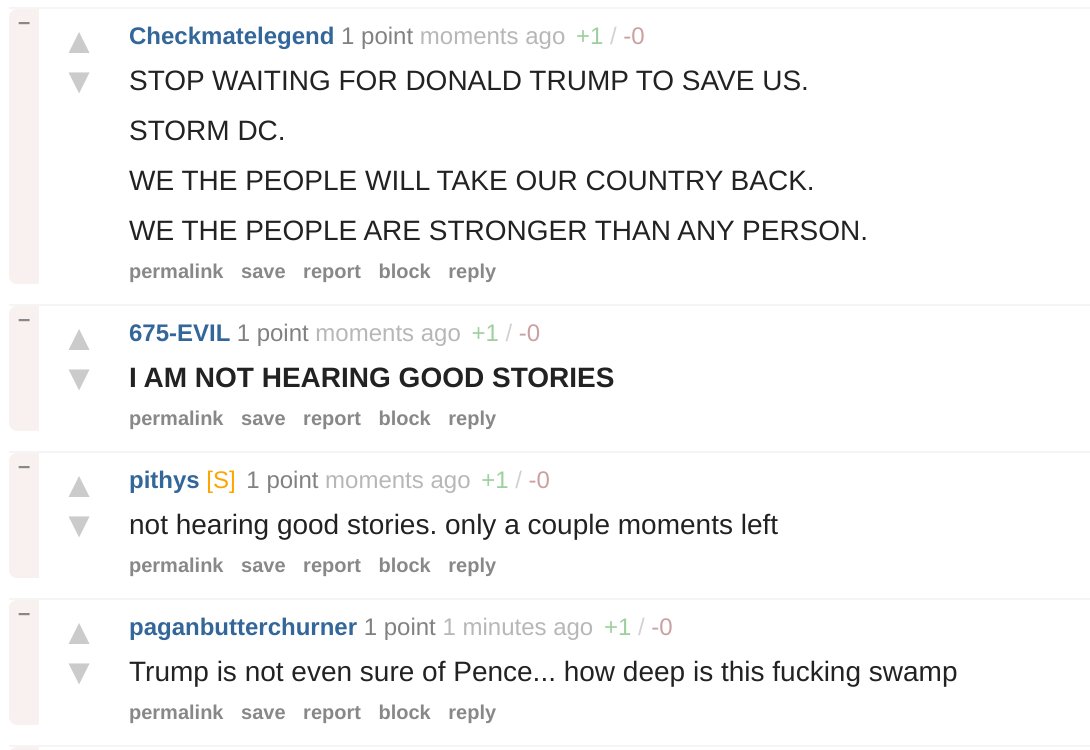 An emotional @senatemajldr says this is the most important vote of his 36 years. Says no evidence has been presented that would tip the scale of the election. "We cannot simply declare ourselves a national board of elections on steroids." 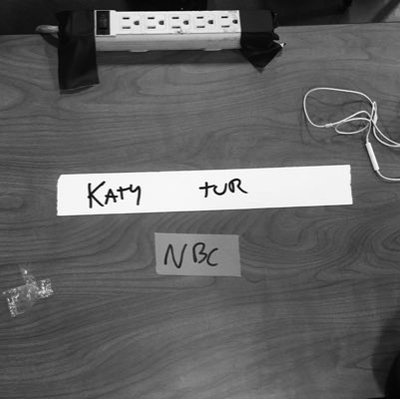 McConnell making an impassioned argument for Democracy against some of his Republican colleagues is not how I expected 2021 would begin.
1 Like
matt (Matt Kiser) closed January 6, 2021, 7:13pm #14