This thread has ended. The discussion continues: The Latest – Monday, November 9

Judge Emmett Sullivan setting up an immediate sweep of the Post Offices for missing 300,000 ballots. He’s been such a force for good this one.

2020 Election Highlights: With a Record Mail-in Vote and Fears of Postal...

As the polls opened on Tuesday, more than 100 million Americans had already cast ballots. President Trump said on “Fox & Friends” that he would declare victory “when there is victory, if there is victory.” Joe Biden said, “You got to run through...

A Federal District Court judge on Tuesday ordered an immediate sweep of 12 postal districts searching for undelivered ballots after the Postal Service said in court that some 300,000 ballots it had received had not been scanned for delivery.

The dramatic Election Day order came as record numbers of Americans have voted by mail this year, as many voters were anxious to avoid crowds at the polls during the pandemic — and at the end of a campaign season in which fears that recent Postal Service changes had caused extensive mail delays that could imperil ballots.

The judge, Emmet G. Sullivan of the District of Columbia, ordered the sweep to begin before 3 p.m. to “ensure that no ballots have been held up and that any identified ballots are immediately sent out for delivery.” He said he was particularly concerned about ballot delivery in districts where there has been slow processing of ballots for days, including Central Pennsylvania, Philadelphia and Detroit.

He ordered the Postal Service to provide him with an update on the sweep by 4:30 p.m. certifying that “sweeps were conducted and that no ballots were left behind.”

Postal officials say just because a ballot never received a final scan before going out for delivery doesn’t mean, necessarily, that it wasn’t delivered. A machine scanning ballots for final processing can sometimes miss ballots that are stuck together or whose bar codes are smudged. And hand-sorted ballots typically do not receive a final scan before delivery.

The Postal Service has also authorized expedited delivery of ballots that forego the normal process, but voting-rights advocates are concerned that, without a scan verifying the ballots went out for delivery, some could be sitting uncounted at various postal facilities around the country.

All states require that mail ballots be postmarked by Election Day in order to count, but some allow a grace period for the ballots to arrive in the hands of elections officials. Pennsylvania, for instance, has a three-day window to receive ballots as long as they are postmarked by Nov. 3, but that is the subject of litigation.

The ballots in question should have been postmarked upon entering a postal facility, but the sweep will help determine whether any fell through the cracks, according to Shankar Duraiswamy, the lead attorney for the nonprofit coalition Vote Forward, which is suing the Postal Service to try to ensure all ballots are delivered.

He asked for an order from Judge Sullivan requiring the Postal Service to verify by 3 p.m. that an inspector has visited facilities at all “hot spot” jurisdictions to “ensure that no ballots remain in the facility and that all ballots that were there earlier today are out for delivery this afternoon.”

Mr. Duraiswamy said the order focuses on states that don’t have a statutory grace period for receiving ballots after Election Day. “No voter should be disenfranchised for something that is outside of his or her control,” he said. “These are districts we’ve identified as chronically underperforming.”

Judge Sullivan ordered the Postal Service on Friday to undertake “extraordinary measures” to deliver the ballots in 22 districts where on-time delivery of ballots dipped below a rate of 90 percent for two days last week.

He’s been such a force for good

Judge Sullivan is, like, Nick Fury-ing the Avengers or else! lol

Just want to say a big Thank You to Matt for all his hard work.

I’ll be here in mah blanket fort all night. Love and strength to all y’all.

Yess, huge thank you to Matt for taking on this endeavor!

This is a good resource for poll-closing times…

Analysis | With hours until polls close, here are the data that will shape...

Great to see a big increase of younger voters this year! They made an impact in 2018 and will be even more significant this year.

Within The Early Voting Boom, Youth Turnout Seems To Be Surging

More than 6 million voters under 30 have cast early ballots, compared with roughly 2 million at the same time in 2016. The number of first-time voters in that group has doubled in four years.

A poll released Monday by Harvard University’s Institute of Politics surveyed 18- to 29-year-olds and found that 63% said they would “definitely” vote in the election, which is the highest proportion of respondents in the 20 years that the poll of young voters has been conducted. It is also far higher than in 2016, when the Harvard Youth Poll found that 47% of respondents said they would “definitely” vote in that year’s election.

And analyses of the early voting electorate similarly suggest that younger voters are set to make up a larger share than they did in 2016 or 2018.

More than 6 million voters under 30 have already cast early ballots, according to the Democratic data firm TargetSmart, compared with roughly 2 million early votes at the same time in 2016. And, according to TargetSmart CEO Tom Bonier, the number of early voters under 30 who are voting for the first time in their life is more than double the number of first-time voters at this point in the 2016 election.

I just heard that UCF in Orlando had 100% turnout for voters!

We have a chance thought that he won’t be the leader of the Senate. There’s that hope.

I have seen Dems I know go from “don’t let anyone tell you a state is called before 11pm” to “BIDEN LOST” in less than two hours and it’s making me nuts.

It’s too early to call anything imo. 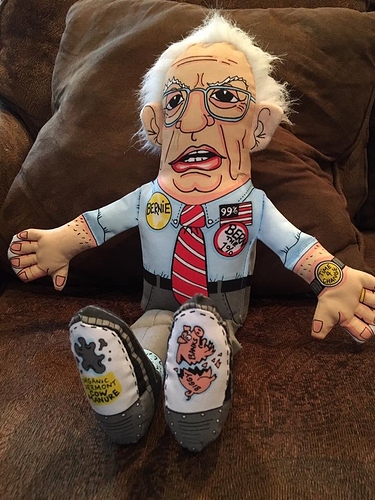 Here comes the lawyers in PA

HARRISBURG, Pa. (@AP) _ In a lawsuit filed Tuesday night in a statewide appellate court, Republican US Rep. Mike Kelly of Pennsylvania and five other plaintiffs want to block counties from allowing voters whose mail-in ballots were disqualified to vote by provisional ballot.
dragonfly9 November 4, 2020, 2:30am #15

This is like being awake during your own surgery.

Whatever the final result - and I still think Biden will squeak it - American democracy is in a chronically bad state. Trump remains competitive, and possibly victorious, after having given the middle finger every day for four years to basic competence and decency.
3 Likes
celena November 4, 2020, 2:41am #19

It’s been a lot of WTF…and Biden can still win.
Just what about the group that is still at the head of the table, spiking all the rest.
WTF