Who The Fuck Has Testified

A place for discussion of who has testified and their testimonies from Congressional Hearings, Mueller investigation interviews, etc.

Resource: CNN has a full interactive list of open and private hearings/interviews related to the Russia investigation(s).

Holy shit @mouseam this CP testimony is amazing. The Dunning-Kruger is strong in this one. At first I thought you had gone thru and edited for emphasis on some of the more noteable statements but then I realized that’s how he wrote his own letter.

I’m reading this at work so haven’t gotten very far, but I particularly enjoyed his many references to the “Dodgy Dossier,” and the handy dandy “toolbox” 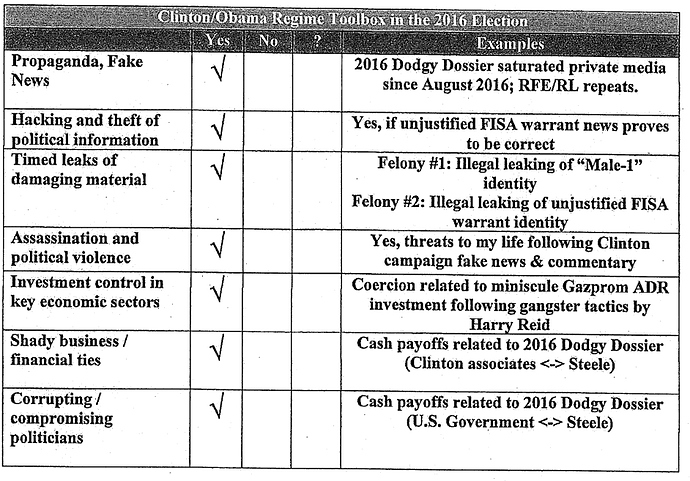 (or a box made by a tool at least), and the Maya Angelou quote (which is actually just her quoting other philosophers, but OK) to demonstrate the violation of his civil rights omg I #canteven

And I’ve only read the letter he submitted, haven’t even gotten to the testimony! It’s so dramatic I ended up reading it all in Jon Stewart’s Lindsey Graham voice in my head.

That is really painful to read. I have a headache after the bit you posted.

Today’s Sessions hearing has been…uh, contentious, to say the least.

Thanks for the annotated tidbits! Keep it coming!

Thurs, 11/30 at 2pm EST: Erik Prince testifying in front of the House Intelligence Committee; the hearing is “open in a closed space” (closed hearing, but transcript to be released 3 days after) (Details)

The craziest part is that Don Jr is citing attorney-client privilege about his conversations with his father. (Note: he doesn’t.) 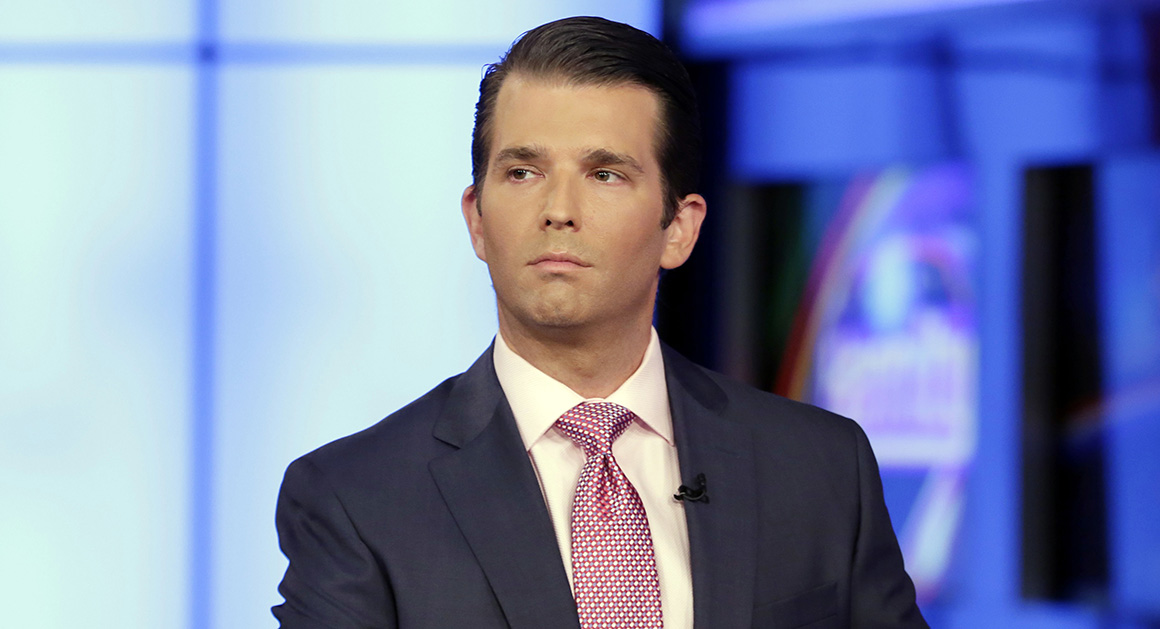 Trump Jr.’s meeting in June 2016 at Trump Tower has become a central focus of investigators. 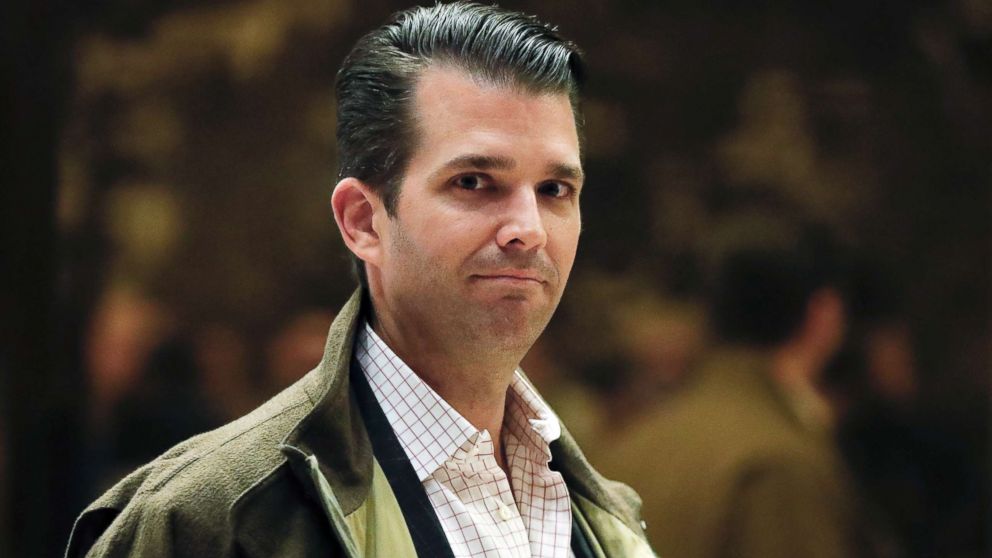 What The Fuck is on the Calendar General Discussion

I’m still patiently awaiting the day this release the Fusion GPS transcript. THAT is going to be pure gold

We shall see if we actually get it!

“Congress should release transcripts of our firm’s testimony, so that the American people can learn the truth about our work and most important, what happened to our democracy.” 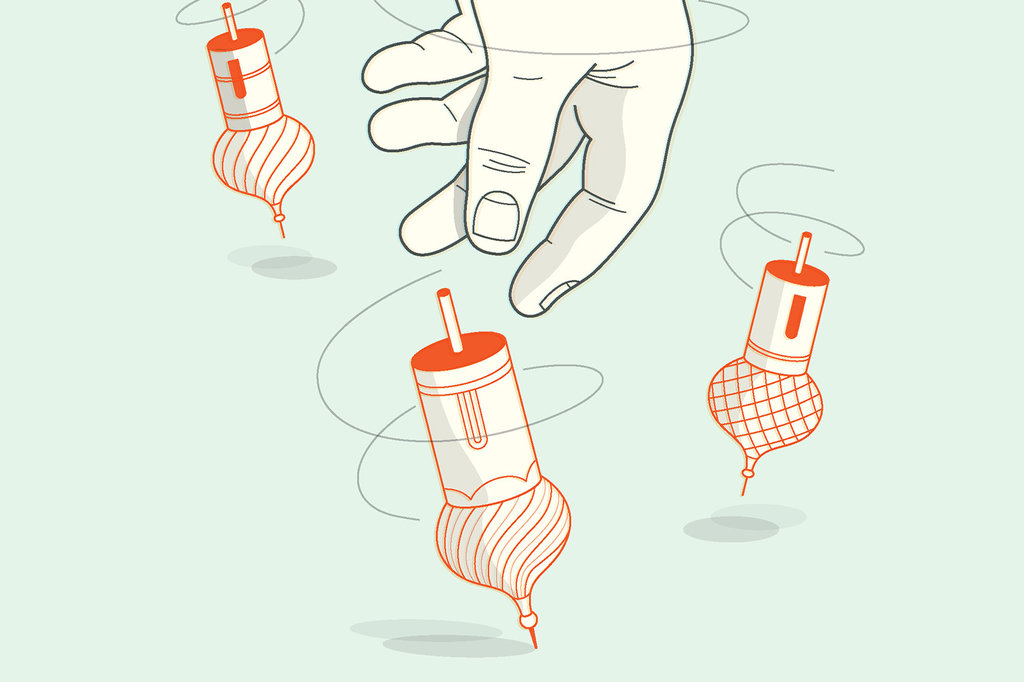 The attack on our firm, Fusion GPS, is a diversionary tactic by Republicans who don’t want to investigate Donald Trump’s ties to Russia.

“Congress should release transcripts of our firm’s testimony, so that the American people can learn the truth about our work and most important, what happened to our democracy.”

I neeeeeeeeeed to see these…I’m trying to work on book report style of Carter page/Erik prince but I want this 21 hour transcript in front of my face and I will call in sick to work on it (bc it will make me sick, so that’s a valid call to my boss

Thanks to Senator Feinstein - we FINALLY have the Fusion GPS transcript! (At least from the 10 hours of the Judiciary committee interviews).

Glenn R. Simpson, founder of research firm Fusion GPS, spoke to investigators with the Senate Judiciary Committee for 10 hours in August. As the partisan fight over Russian interference in the 2016 election has intensified, Simpson has urged that his...

This disastrous NYT story from October 2016, just keeps on making the rounds. 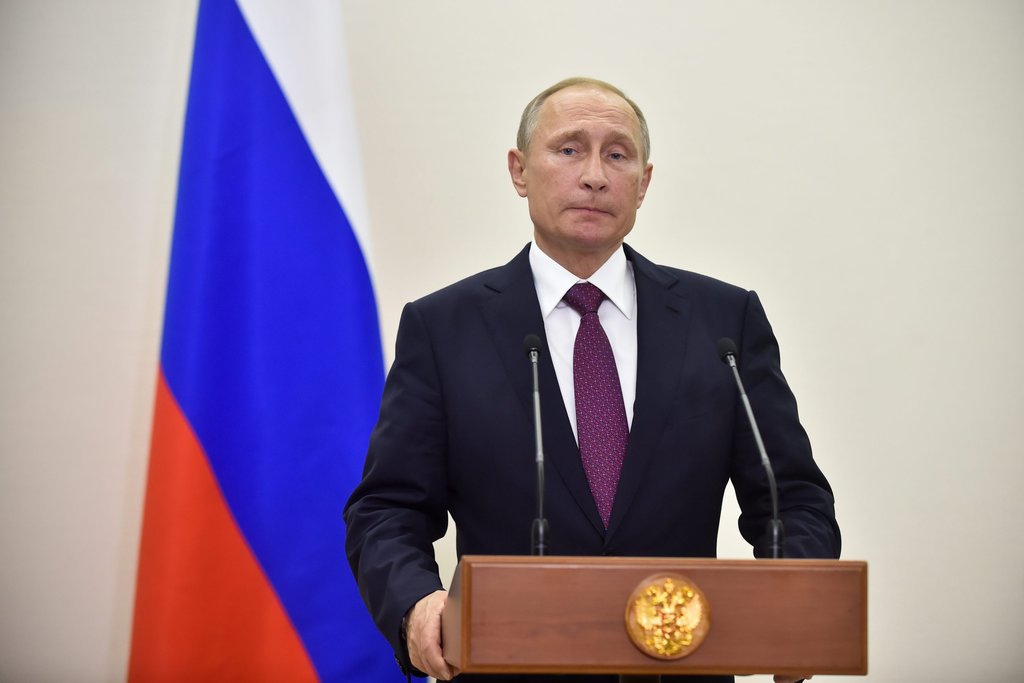 After lengthy investigations, officials also believe that a hacking of Democratic emails was aimed at disrupting the election rather than electing Mr. Trump.

As I mentioned when I was reading Collusion by Luke Harding, the story was outrageous once you put the timeline together and figure out that Steele met with NYT on the dossier PRIOR to publishing it.

Now, we learn from the Fusion GPS transcripts that the story also led to Steele no longer working with the FBI because he assumed it had been corrupted by Trump partisans. 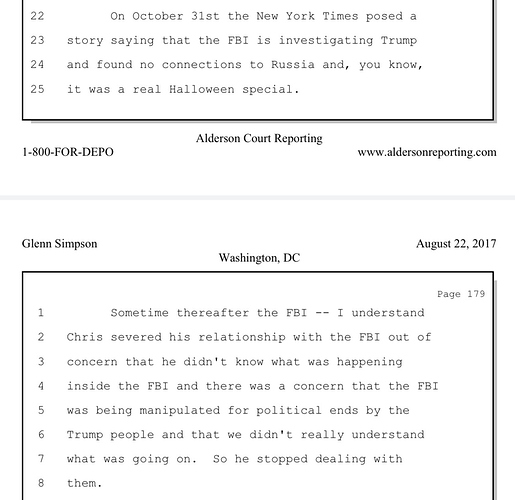 Just imagine a timeline where NYT didn’t publish this story…

I will be updating as I come across more.

Some highlights from the Fusion GPS transcript that Sen. Dianne Feinstein unilaterally dropped today: Seven references to “mafia” links. 20 references to Putin links. Trump repeatedly said he and his buildings were worth less than people and agencies imagined. The intelligence community seems to think Trump’s being blackmailed. The specific reason for the blackmail has to do with “Russians having cameras in all the luxury hotel rooms.” LINK TO FULL TRANSCRIPT: https://www.feinstein.senate.gov…

I finally started reading this transcript from the beginning (instead what others are pointing out) and…oh. em. gee. The expression you can “cut the tension with a knife” is an understatement here… 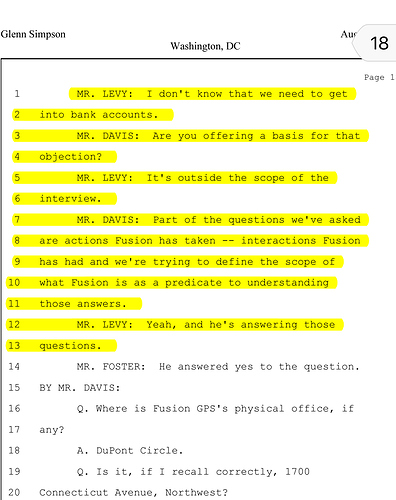 Page 158-178 References the timeline that prompted Steele to go to the FBI with the first memo, the memo dated June 20, 2016 Around, July, 26 2016 Steele realizes that there may be potential threat to National Security. Quotes: “Chris said he was very concerned about whether this represented a national security threat and said he wanted to – he said he thought we were obligated to tell someone in government, in our government about this information. He thought from his perspective there was …

Tomorrow, the House Intelligence Committee at 9am EST will take a vote on whether to release the transcript from their interview with Fusion GPS. Only a simple majority is needed in order for the transcript to be released.

Update: HPSCI could drop the transcript as early as today!

Could be revealed as early as today, The Daily Beast has learned.

Ahhhhh! MY BODY IS READY

This is getting interesting… 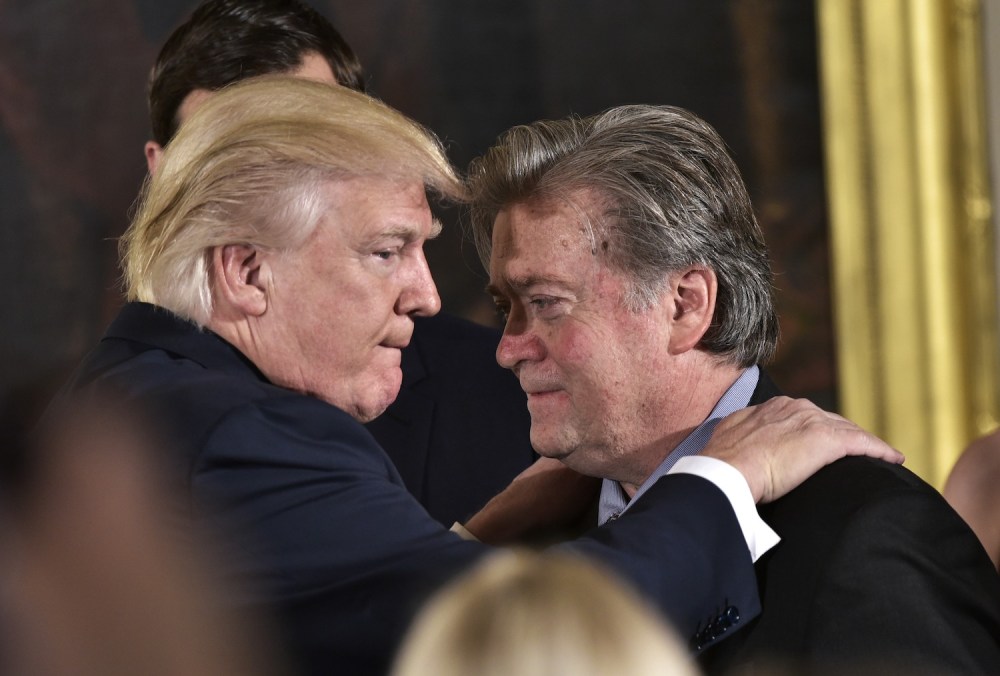 The president relied on a key legal advisor, but his advice could have a downside

And we’re off to a lovely start:

Oh, boy…this is a train wreck:

MR. SIMPSON: Yes. I mean, I know that they are - the DNC is a client of Perkins Coie. I don’t - I didn’t see it – nobody gave me a document or informed me specifically of that.

MR. GOWDY: Did you think the law firm was just doing it on their own?

MR. GOWDY: Did you think the law firm was just doing it on their own?

MR. GOWDY: Paying you to do opposition research into candidate Trump, did you think Perkins Coie was doing that on their own?

MR. SIMPSON: No, sir. What I’m trying to explain is that I have been in Washington for several decades, and I spent a lot of time on Capitol Hill and it was well-known to me that Perkins Coie represented the DNC.